Opinion: DeKalb County Schools’ skepticism of six-year-old is a shame

Opinion: DeKalb County Schools’ skepticism of six-year-old is a shame 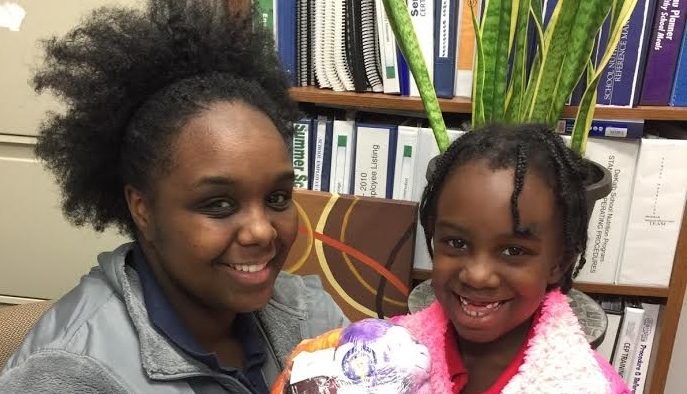 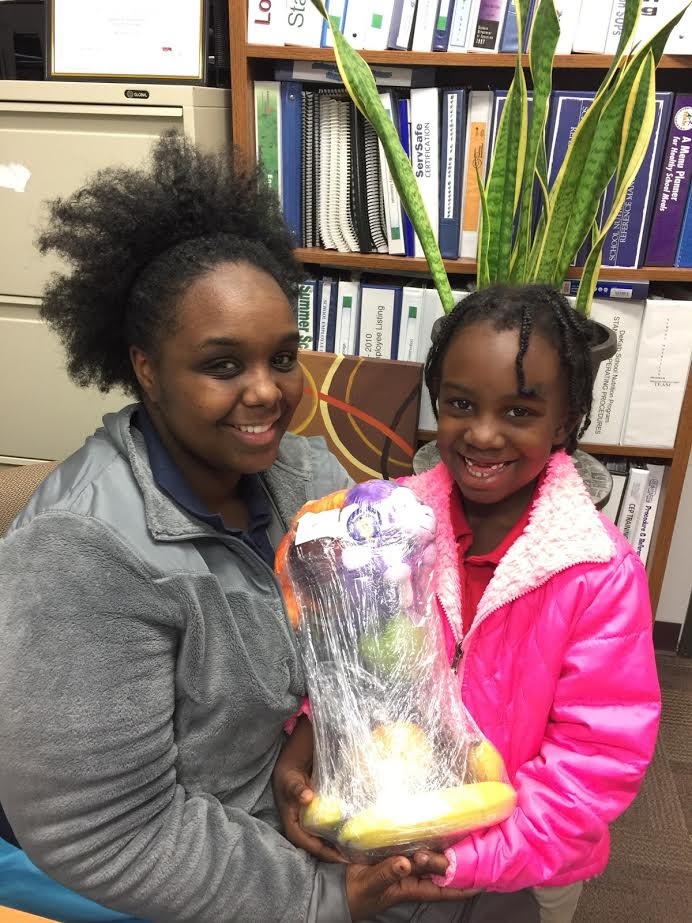 Nakaiya Birthfield and her daughter Shylah receiving a gift basket as a “thank you” for her efforts to raise money to pay for school lunches. Photo provided by DeKalb County Schools

Back in December, a reader alerted me to a Go Fund Me account that went viral.

A six-year-old girl, Shylah, was raising money to take care of unpaid school lunch balances at some of our DeKalb County elementary schools. The gesture touched my heart, in part because I’ve always disagreed with the way school lunch programs are handled. I think children in our public schools should be fed, free of charge, no questions asked, no strings attached. But that’s another topic for another day.

Like any reporter should, I always make an effort to verify Go Fund Me accounts whenever possible. Unfortunately, scams do happen and I would never want to direct my readers to donate to something that’s fraudulent. In this case, I contacted DeKalb County Schools and forwarded the Go Fund Me account to officials there to make sure they were aware of it.

Subject: Have you seen this?

I’m truly touched by it. Are these [unpaid lunch] balances accurate?

What happened next left me truly mortified and angry.

Rather than a school official contacting the little girl’s mother, Nakaiya Birthfield, to talk to her about the campaign, the first phone call she received was from a DeKalb County Schools detective inquiring about the matter.

“I had to go down and meet with him and explain the situation over again and write it out in a statement as if we were being accused of some kind of crime,” Birthfield said.

That’s what it sounded like to me, and for a split second I wondered if DeKalb County Schools knew something I didn’t. But throughout our conversations, I found Birthfield to be forthcoming and sincere. I sniff out BS for a living. If she was out to rip someone off, she had me fooled.

“I was in tears,” she told me. “How can someone think that I would put my child’s face on something fraudulent?”

I learned that part of the reason for the suspicion, from DeKalb County Schools’ perspective, is that Shylah is home schooled and not currently attending a county school. Birthfield said her daughter was briefly enrolled in DeKalb County Schools and saw some students eating a grilled cheese sandwich instead of the well-rounded meal she was eating. These were the students who couldn’t afford to pay for their meals. Shylah would share her lunch with her friends eating the sandwiches.

“In her mind I don’t think it was about nutritional value,” Birthfield said. “No one wants to be different at that age anyway.”

DeKalb County Schools Nutrition Director Joyce Wimberly confirmed that grilled cheese sandwiches are the norm for students who have exhausted the number of meals they can charge to their account. They’re called courtesy meals. No child goes hungry in DeKalb County Schools if they can’t afford to pay. They always get something. She also noted that public school systems have numerous safety nets to ensure students who can’t afford to pay for lunch are able to receive it at no charge.

“We have lots of measures in place to ensure a student will not need a courtesy meal,” she said.

Fair point. But the nuances of school nutrition programs and how they are funded probably didn’t register with a tenderhearted six-year-old. I am a middle aged man with a college degree and I have a difficult time comprehending it myself.

Birthfield also said school lunches were a factor when she decided to home school her daughter.

“Part of the reason I pulled my daughter from school is she would always come home saying she didn’t have enough time for lunch,” Birthfield said.

When Shylah came up with the idea, her mother checked around and inquired about unpaid lunch balances at individual schools and set her fundraising goal. To her amazement, the fundraiser went viral.

All told, Shylah raised $3,700 for her fellow students after Go Fund Me took its share for running the campaign. I was expecting DeKalb County Schools to make a big show of receiving the money, even if it was a gracious press release announcing the donation. Instead I received this short statement from Hudson, the DeKalb County Schools spokesperson.

“Checks totaling $3,700.00 have been received from Ms. Birthfield for unpaid meals at five District schools. We are determining the proper protocol for receipt, accounting, and disbursal of the funds.”

DeKalb County Schools ultimately did provide Shylah a nice fruit basket and a teddy bear for her effort. Wimberly called it a “wonderful” gesture.

On Friday, Hudson sent over some additional information about how Shylah’s gift was used. He said it paid for 1,480 meals at Stone Mountain, Avondale, Snapfinger, Jolly, and Chapel Hill elementary schools.

But Birthfield wondered if the school system’s response would’ve been less guarded if her daughter had been a white, blond-haired child.

“If she wasn’t a black child in DeKalb County, there wouldn’t be a question,” Birthfield said. “There have been several of these things that have happened with people not of color. Because she was brown, I feel it had to be questioned.”

I admit the thought crossed my mind as well. Hudson and Wimberly said race wasn’t the issue. They were simply surprised because they’d never seen anything like it before, and Wimberly has been with DeKalb County Schools for 25 years.

“We’ve never had this happen before, so this was brand new to us,” Hudson said. “We had no protocol or procedures in place for handling donated funds for meals. As soon as she turned the funds into us, we had the office of legal affairs confirm we could accept it. We accepted it, the funds have been dispersed and the meals have been paid for.”

I can’t read the minds of school officials or know what’s in their hearts, so I’ll take them at their word that race wasn’t a consideration in the school system’s response.

But, frankly, why didn’t they take Birthfield and Shylah at their word?

If Birthfield didn’t turn the money in, or used an alias on her Go Fund Me page, I could understand the skepticism. After several conversations with Birthfield, all of my questions were answered and those answers were consistent with someone trying to do a good deed while teaching her daughter the value of caring for others.

Getting a police officer involved was insulting and ultimately unnecessary. Birthfield was who she said she was. A few simple questions got to the bottom of that. My only regret in all of this is DeKalb County’s skepticism had me believing something was amiss too, but only briefly. I feel ashamed for that. I had Birthfield pegged right the first time. She’s a good parent raising a good kid.

Birthfield is part of a group for Decatur area moms, and they were so excited by the response, they wanted to do another fundraiser. Birthfield said she’s reluctant to do something like this again after her experience.

“I’m glad it’s done with to be honest, and people in the Decatur area moms group are like, ‘We can do this every year,’ and I’m like, ‘Somebody else can take this on,'” she said.

Can’t say I blame her.

A story that could’ve been written in less than an hour took weeks to complete and tied up police resources in the process. Worse than that, a little girl has learned a lesson that many of us don’t learn until we’re adults: no good deed goes unpunished.