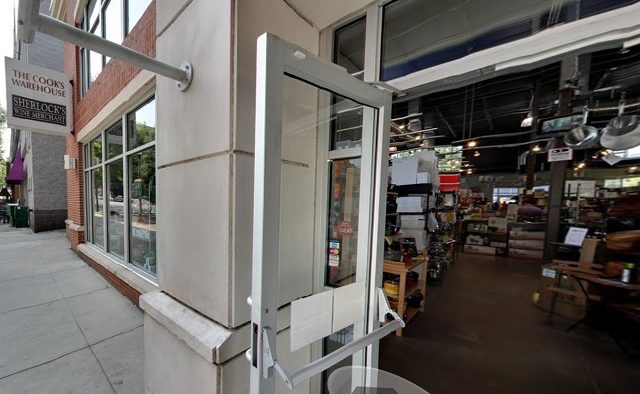 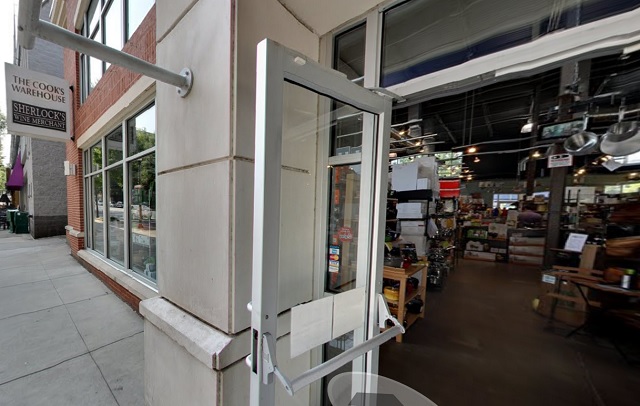 The owners of Cook’s Warehouse and Sherlock’s Wine Merchant are departing Decatur due to increased operating costs.

The companies are not renewing their lease, which ends Feb. 28.

In a press release, Cook’s Founder Mary Moore said, “… This location has not kept up with the growth of our other stores and is currently our highest occupancy cost with an increase on the horizon.”

Moore added that both companies looked for a different location in Decatur and is still open to relocating within the city.

ATLANTA, January 2, 2017 – Mary S. Moore, founder and CEO of The Cook’s Warehouse (www.cookswarehouse.com) and Douglas W. Bryant, founder and CEO of Sherlock’s Wine Merchant (www.sherlocks.com), announced they made the strategic decision to split their joint store and relocate to new locations of The Cook’s Warehouse in Chamblee and Sherlock’s Wine Merchant in South Buckhead.

Moore said, “We opened this location in Decatur in 2005.  It was a great next step for both of us and we have loved serving the Decatur community for over eleven years.

“However, this location has not kept up with the growth of our other stores and is currently our highest occupancy cost with an increase on the horizon. While we both searched in the Decatur market to find a new location we both found strategic opportunities in other markets. We will continue to be on the lookout for an opportunity that will allow us to return to the Decatur market.

“Since closing my Brookhaven location in April 2015 I’ve been looking for the right spot to re-open in that market. Relocating our Decatur store with an opening in late spring in the Peachtree Station Shopping Center is going to be a great move. Anchored by Whole Foods and a variety of popular restaurants and retail, this center on Peachtree Blvd. near Clairmont Road is sure to be a top destination.

Bryant said, “I have been looking for a better location in the Decatur market and for a location in the Midtown/Ansley/South Buckhead markets for years.  Having found a great location on Peachtree Rd. at Palisades south of Piedmont Hospital made it an easier decision to move our operations to Sherlock’s Wine Merchant – Peachtree.”

“We love the neighborhood and the relationships that we’ve built in Decatur and the surrounding areas but it doesn’t make sense to continue in a spot that doesn’t meet our business goals. Until I find a great spot in Decatur, we look forward to serving our customers in one of our other Sherlock’s locations.”

Moore and Bryant agree, “Given the opportunities to move into target markets, we determined it best to not resign our lease in Decatur which is ending on February 28, 2017.”

The Cook’s Warehouse (www.cookswarehouse.com) is greater Atlanta’s premier gourmet cookware store and cooking school with three stores in the Midtown and Decatur areas of the city and the East Cobb County area of the suburbs.  It offers more than 15,000 products for the kitchen and operates the largest avocational cooking school in the Southeast conducting more than 650 classes yearly, often taught by local chefs, and has a large web-based delivery-by-post site.

The Cook’s Warehouse truly provides “Every Excuse to Cook.”

In addition, the two Sherlock’s Wine Merchant stores located in Buckhead and on Peachtree Road in South Buckhead specialize in handmade wines from the world’s top producers from both the Old World & New World.  Both locations also offer complimentary, educational wine tastings and educational wine classes and seminars and corporate events.