SUV rolls on side in Decatur, one of two Monday morning accidents

SUV rolls on side in Decatur, one of two Monday morning accidents 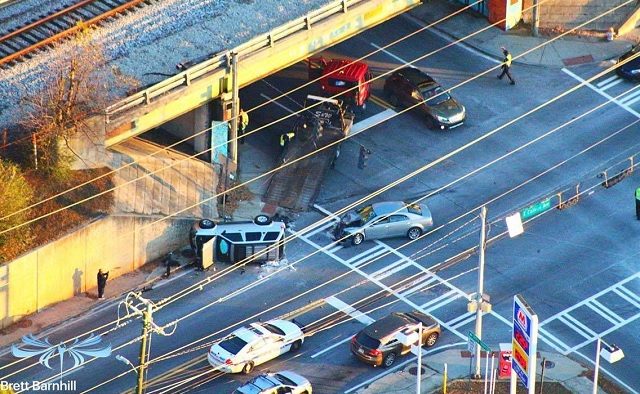 WSB’s traffic reporter captured footage which showed an SUV turned over on its side.

There was another accident on Scott Boulevard. Decatur Metro reports that it caused some Westchester Elementary students to be late to school.