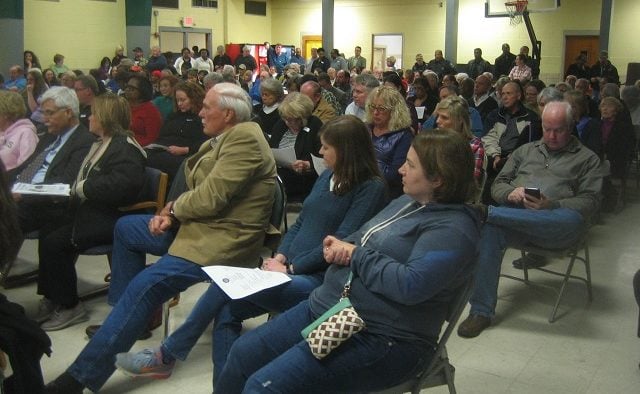 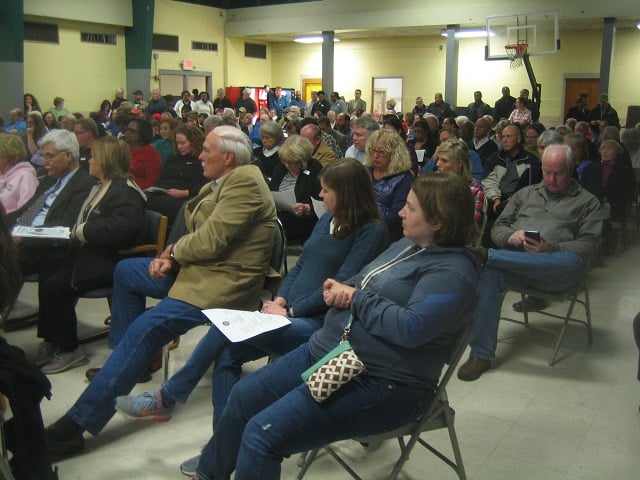 But the City Council ultimately passed on the project, for now, because of concerns about sewer capacity and a proposal to give the developer a tax break. Some residents also had concerns about the traffic the project would generate. That caused the developer to withdraw his application in front of the stunned audience after the council voted for a deferral following an hours-long meeting.

The project, being developed by Stephen Macauley, has gone through several names: Tucker Nexus, Tucker Town Center and, most recently, “The Rise.” Situated at the corners of Hugh Howell Road and Mountain Industrial Boulevard in Tucker adjacent to the Smoke Rise residential community, the proposed project was revealed early spring of last year. It was initially supposed to be a post-production movie studio as well as a hotel, both of which were removed in subsequent iterations of the project.

Previously a Sears Outlet, over the last decade the $300 million, 88-acre site has been an eyesore, and remained vacant. The proposal would create a mixed-use area, complete with commercial businesses, various private residences, an elementary school, a performing arts center, a park and more.

“Tucker needs a shot in the arm,” Michael Greene, co-owner of Matthews Cafeteria in downtown Tucker, said as he addressed to the six-person Tucker City Council. “I need it, my family needs it, and the city needs it.”

Employees working for John McHenry, Tucker Community & Economic Development Director, opposed the current project, saying revisions are needed. The City Council accepted that recommendation due to the “excessive burden” the project would place on streets and schools. The council was had concerns about the proposal to give the developer a tax break, which would be either 50 percent or 67 percent of the property tax abated over a period of 25 years, depending on which aspects of the project are included.

Macauley took to the podium next and addressed these concerns as he has done at during previous meetings. He said the community that would be most affected by this project—Smoke Rise— is in near unanimous support and that Smoke Rise Elementary was also supportive. He said that such a project would be a “catalyst” and help create an “incredible halo effect” that would help promote Tucker as a destination and also increase home values while bringing in lots of high-paying jobs. 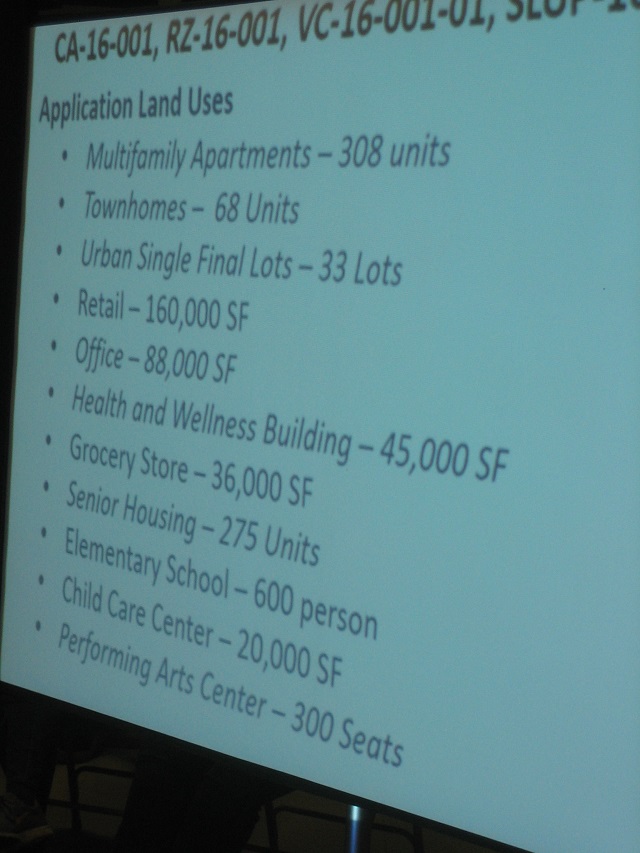 Information about the project presented at Monday’s meeting.

While conceding that one of the main hurdles and concerns would be traffic, he added that he and others involved were in contact with relevant authorities such as Georgia Department of Transportation and others in order to discuss the most effective ways to reduce traffic-related concerns.

The overwhelming majority of the audience were supportive of this project, which the community has been debating for many months. Many spoke out in favor of the plan, even acknowledging that some details needed to be ironed out.

The project would fix the 13-year “blight” as some residents referred to it.

“We need young people to come here and we need a reason for them to come,” said one supporter.

“Many amenities are [currently] missing in Tucker,” said another, “and this project would solve this issue.” 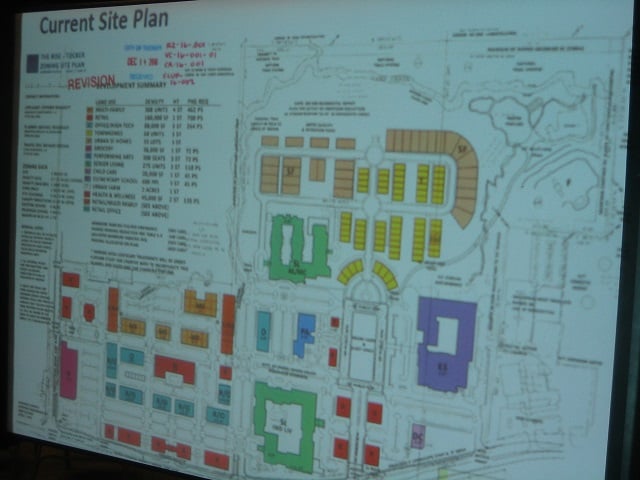 A young mother of two told the council, “Instead of focusing on the negative ‘what-ifs’, imagine the ‘what-ifs’ in a positive light: ‘what-if’ my kids went to school there and played in the park with her grandparents who lived in the senior residences there?”

A few people spoke in opposition to the project.

“If it were just homes there, I’d be for it,” said one elderly woman.

Another said that Tucker should remain a small town and the project would irrevocably alter the town’s image. Still another opponent was concerned with the tree line which would be reduced, though Macauley assured the crowd that the project would actually create more green space than currently exists on the plot.

After three hours of comments, Mayor Frank Auman said, “I envision this project as a place for us to spend money locally, walk and ride our bikes, be entertained, and play. I envision a state-of-the-art school, which sends a message that Tucker is welcoming and provides an opportunity for all to thrive.”

His comment received applause, but the council and mayor still had reservations about the tax breaks and other details.

After a motion to defer, Macauley approached the podium and told the council, “I withdraw my application.”

Everyone got up from their seat and made a beeline for the door. Many were dejected, irate, and just as frustrated as Macauley. After the meeting, the developer said, “This was a strategic move to get the council comfortable with many unresolved questions.”

The vote to defer caught Macauley off guard just as much as anyone else, but he seemed heartened that many people told him they supported his project and were unhappy with the council’s decision.

“We’re not going anywhere,” he said to a well-wisher.

“We have a good process and we have to keep going,” he said. “[Macauley] is entitled to resubmit at any time. Our council’s hearts are in the right place and, no, the result is not preferred but everyone who wanted to speak up was able to.”

Editor’s note: After the publication of this story, officials with the city of Tucker contacted Decaturish to clarify that the City Council is unable to consider traffic when deciding whether or not to approve the project. The story has been updated to clarify that point.