FILE PHOTO USED FOR ILLUSTRATION PURPOSES: A MARTA train passes over the mural at the corner of Dekalb Ave. and Arizona Ave. on Thursday, April 17, 2014. File Photo by Jonathan Phillips
Share

A MARTA train passes over the mural at the corner of Dekalb Ave. and Arizona Ave. on Thursday, April 17, 2014. File Photo by Jonathan Phillips

A man was stabbed to death on a MARTA train at the Avondale Station around 8:15 p.m. on Jan. 24 after asking for money, according to a police report.

MARTA Police released the full report about the incident on Feb. 3.

The report alleges that Charles Richey, 49, admitted to stabbing the man and agreed to speak without an attorney present while being interviewed by investigators.

The report alleges that Richey told police that a black man boarded the train and began begging people for money. Richey allegedly told the man to get a job and said he worked for his own money. The victim then sat in front of Richey, the report alleges, walking back to the opposite end of the train a short time later. 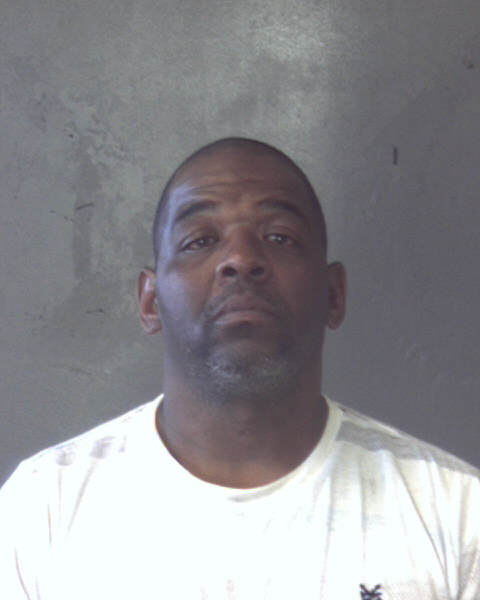 A police officer found the victim at the bottom of the escalator on the westbound platform at the Avondale MARTA station. Another man was applying pressure to the victim’s wounds. The victim didn’t have an ID on him and had to be identified via fingerprints. His name has not been released.

There is audio and video recording of the incident, the arrest warrant says.

The week-old incident didn’t come to light until it was discovered by an Atlanta Journal Constitution reporter. The transit agency didn’t send out any statements about the incident when it occurred. 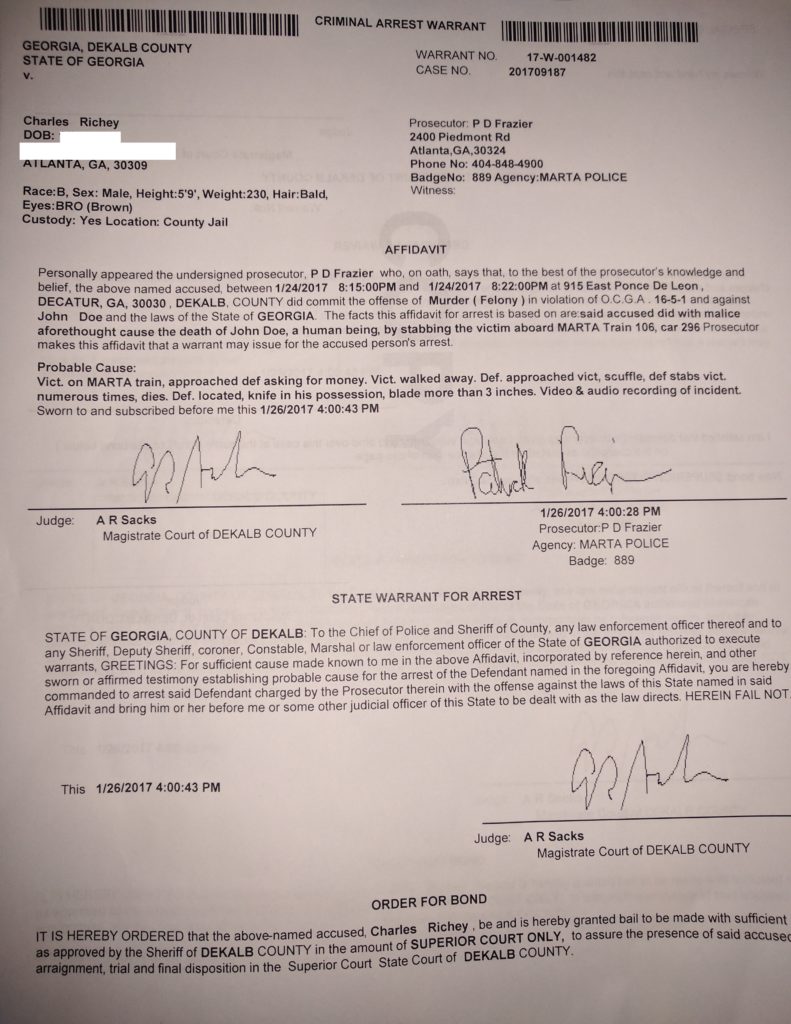 The arrest warrant for Charles Richey. Click to enlarge

In recent years, MARTA has attempted to change negative perceptions about its services. Its Ride With Respect campaign was launched to discourage behavior that bothers other passengers. MARTA has experienced a revival in interest, ridership and revenue in recent years under the leadership of CEO Keith Parker. The Avondale station is currently being redeveloped as a transit oriented development with 378 market rate apartments, 92 affordable senior living units, a new plaza and 21,000 square feet of commercial space.