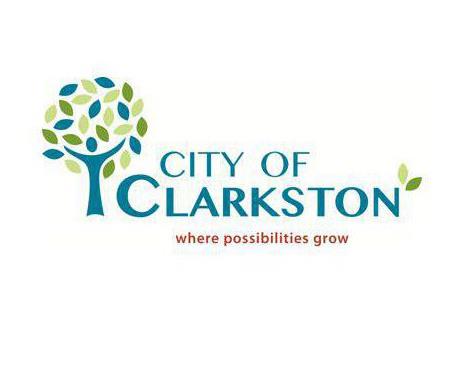 A logo for the city of Clarkston, Ga.
Share

A logo for the city of Clarkston, Ga.

The order affects refugees, green-card holders and dual citizens of seven Muslim-majority countries. Clarkston has a large immigrant and refugee community and is one of the most diverse sities in the nation.

Council members talked about how Clarkston will respond to the order. Two of the city’s council members hail from other countries: Ahmed Hassan and Awet Eyasu, from Somalia and Eritrea, respectively.

The room was filled past capacity. Many stood outside and multiple press outlets were also in attendance.

Before the meeting Decaturish spoke to “Momma” Amina Osman, a 70-year old woman from Somalia who campaigned on behalf of Mayor Ted Terry as well as several councilpersons.

A Clarkston resident for nearly eight years, Osman explained why she was at the meeting.

“The President is talking about immigration and refugees: we escaped the killings and torture—we are the ones who lost our families,” she said. “[The President] is also against women. America is a country of peace and freedom and all over the world people see what he is saying and they need to know that we are demanding that he respect the different communities in this country. [His Executive Order] is now torturing and killing those that wanted to escape from that. Refugees are humans and we are also special. I’m very happy that many people in Clarkston and in general support us but we always need more.”

In his opening remarks, Mayor Terry said, “Refugees are part of our community and we are thrilled to have them here and it’s an honor and a privilege to be part of the ‘Ellis Island of the South.’ The U.S. can and should take in more refugees and immigrants, not less. They contribute a great deal to our society and they are our neighbors and friends.”

Council member Beverly Burks welcomed the large crowd of concerned citizens and said, “Clarkston is a city of compassion.” Burks said that the most powerful weapon in the people’s arsenal is their voice.

“The world is looking at how we ‘do’ democracy in this country now,” Burks said. Though she encouraged activism and being vigilant, she said, “You can march all you want, but change only comes through policy.”

Council member Ahmed Hassan also briefly spoke and said that despite being a Muslim from Somalia, he has been treated more respectfully in the U.S. than the various Middle Eastern countries he has lived and traveled in. He said he hoped that the immigration ban from the seven countries would remain “temporary” but said the policy amounts to “religious discrimination.”

Before opening the floor to the public, the council welcomed Frances McBrayer, current president of Coalition of Refugee Service Agencies of Atlanta (CRSA) and Senior Program Director for Catholic Charities. McBrayer talked about what the Executive Order has done for refugee resettlement in Georgia and nationally and admitted that some questions are still without answers.

“The administration plans on cutting the ceiling of refugees from 110,000 to 50,000 and halting all immigration from Syria,” McBrayer said. “This impacts family reunification and breaks up families simply because they are from one of the seven countries.”

Speaking afterward she said, “The most egregious part of the Executive Order is banning Syrian women and children from coming here and that people are affected in general and had no time to prepare for it emotionally, psychologically, or physically.”

One of the citizens addressing the audience and council, a woman from Nigeria, said, “We should take note of those that are not here because they are simply too afraid to go outside [due to the Executive Order].”

Other people who spoke suggested that the council should invite national policymakers to come see Clarkston firsthand in hopes that it would change their minds.

After the meeting, Decaturish asked Mayor Terry about the recent “Washington Post” report suggesting that the new administration is strongly considering restricting immigration further, possibly seeking deportation for those that already live here that depend on taxpayer assistance. The administration is reportedly considering rescinding work visas for foreigners who are “not in the national interest.”

“I’ve not read this article yet, but it certainly seems concerning: evidence shows that in Georgia alone, 91 percent of refugee households are self-sufficient within the first six months of arriving in the United States—among the highest percentage in the country,” Terry said. “This plans seems very unconstitutional. Many of our industries in Georgia are reliant on work visa and guest worker programs and this would not benefit the state. It seems that in many cases, depending on the state, that this law would not be enforced.”