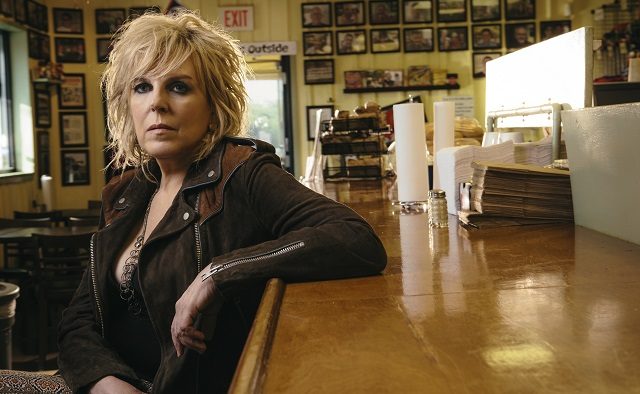 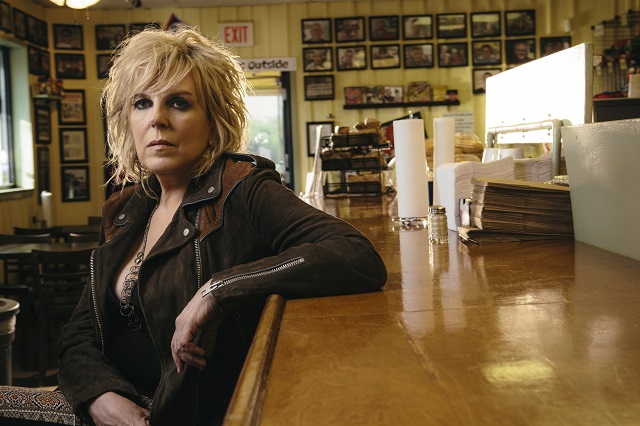 The Amplify Decatur Music Festival has announced that Lucinda Williams will be the headliner for 2017.

The concert is set for April 22 on the Decatur Square.

“All funds raised will be directed to Decatur Cooperative Ministry (DCM) to support its efforts to prevent and alleviate homelessness in Decatur and DeKalb County,” the event announcement says. “The concert series is Presented by Lenz and produced in partnership with Eddie’s Attic. General Admission tickets are $40 and available at AmplifyDecatur.org, and through Ticketfly.com.”

The announcement describes Williams as an “Americana Legend.”

Williams has won three Grammy awards and is on tour promoting her new album “The Ghosts of Highway 20.”

Here is the full announcement regarding this year’s event:

Feb. 8, 2017 (Atlanta) — Americana legend Lucinda Williams will headline the 2017 Amplify Decatur concert series on April 22, the second annual outdoor music festival on the downtown Decatur square. All funds raised will be directed to Decatur Cooperative Ministry (DCM) to support its efforts to prevent and alleviate homelessness in Decatur and DeKalb County. The concert series is Presented by Lenz and produced in partnership with Eddie’s Attic.

General Admission tickets are $40 and available at AmplifyDecatur.org, and through Ticketfly.com.

Williams, who has won three Grammy Awards and been nominated for 12 others, has been touring in support of “The Ghosts of Highway 20,” which was released in February 2016. Time magazine named Williams “America’s Best Songwriter” in 2002. In a review of “Ghosts,” Spin magazine described her as, “honing her beautiful, stately melodies through a ragged voice and arrow-headed lyrics about unkept secrets and roadside tears.”

In “Ghosts,” Williams cuts deep into the spirit of those who have spent their lives traversing Interstate 20, which cuts a 1,500-mile swath from South Carolina to Texas. She brings those stories to life and gives listeners a remarkably vivid look at how the highway has been a literal and figurative backdrop throughout her entire life.

Gundersen’s stunning new album, “Carry The Ghost,” is heavily influenced by existential philosophy. Produced by the 25-year-old Gundersen and mixed by Phil Ek (Father John Misty, Band Of Horses), the album was recorded at Seattle’s Litho Studio and explores issues of self-discovery and existentialism with an erudite sophistication across 13 magnificent tracks.

“Amplify exists to support and to shine a spotlight on the remarkable work of local heroes like the people at DCM,” Amplify My Community Board Chair Drew Robinson said. “With a legend like Lucinda Williams, we will be able to sell more tickets and raise more money for this great charity.”

Lenz, the Presenting Sponsor, is a founding partner of Amplify Decatur. “A central part of Lenz’s mission is to aid and strengthen our local community,” said Richard Lenz, the president and CEO of Lenz, who chairs Amplify My Community’s Advisory Board. “I know of no better way to do that than to support Amplify and Decatur Cooperative Ministry.”

Amplify My Community is grateful for the support of the City of Decatur, Downtown Development Authority and the Decatur Business Association (DBA), as well as: Georgia Urology, The Leafmore Group, The Pinewood, Lockman Homebuilding, Decatur Package Store and the Feinberg family.

This year, Christine Mahin will assume the role of festival director. She is account supervisor at Lenz and helped to plan and to produce the inaugural Amplify Decatur Music Festival in 2016.

Amplify My Community was founded in 2010 and is based in Decatur, Georgia. Its mission is to leverage the universal love of music to fight poverty at the local level. To date, Amplify has produced more than 50 concerts and raised and donated more than $210,000 in unrestricted gifts to locally oriented anti-homelessness and poverty-focused organizations — including more than $110,000 in Decatur. Amplify has held concert series in Atlanta, Athens, Decatur, Suwanee and Duluth, Georgia; Asheville and Charlotte, North Carolina; Nashville, Tennessee; and Charlottesville, Virginia.