The owner of the former Oakview Grocery store in Decatur wants to turn the property into a mixed-use development.

Owner K. Scott said he bought the property at 1529 Oakview Road a year-and-a-half ago and has been renting it out as space for a pop-up shop. He said he’s filed an application with the city to rezone the property as “neighborhood mixed use.”

He said there would be six to eight spaces of off-street parking behind the building. Scott said he will speak to the Oakhurst Neighborhood Association and the application goes to the city Zoning Board in March.

“I’m tying to go to the Zoning Board with some agreement or buy-in,” he said.

Decaturish received this summary of the project: 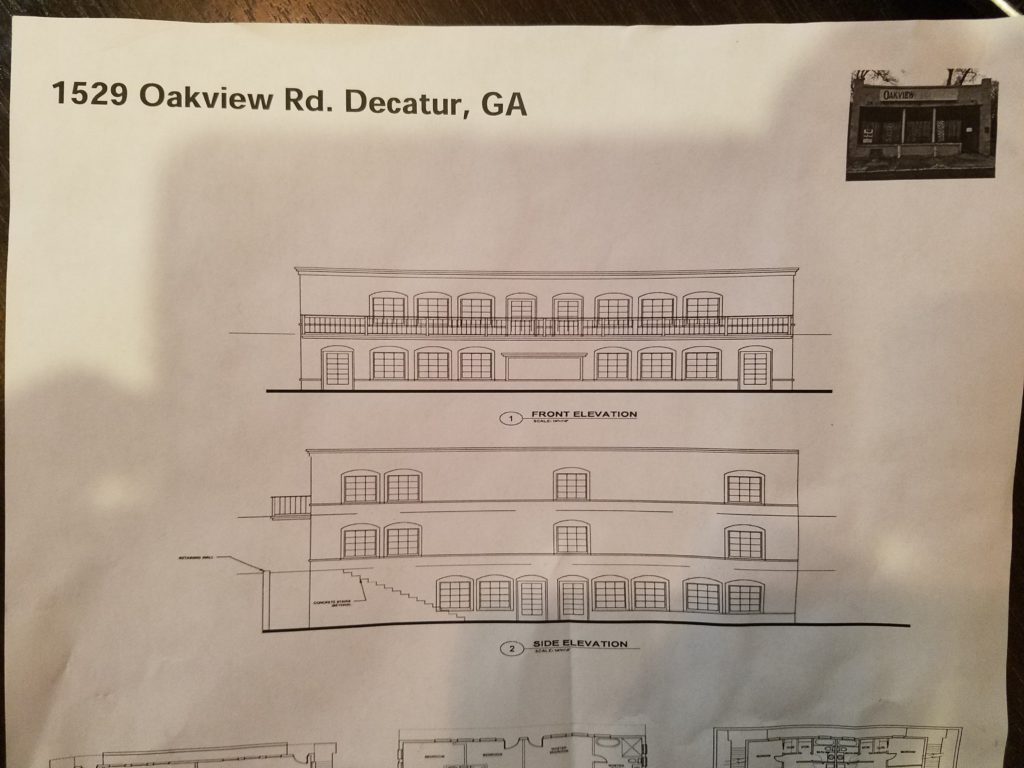