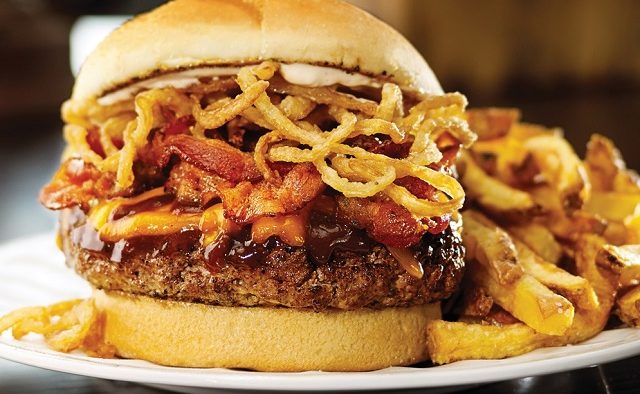 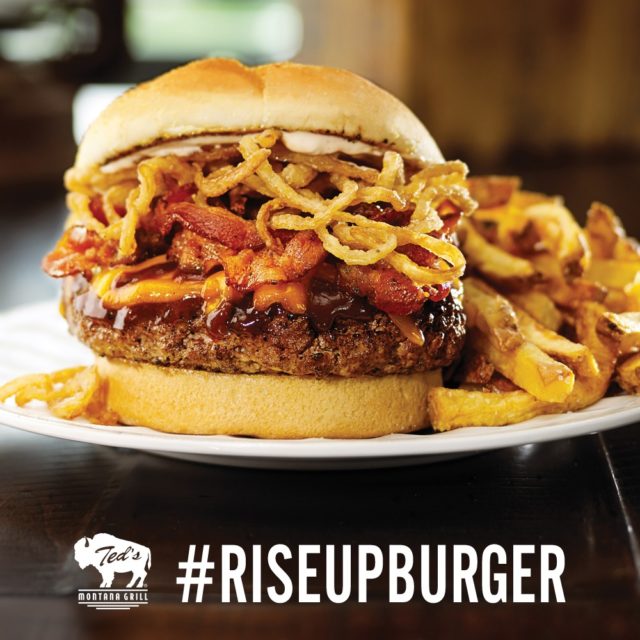 – Ted’s Montana Grill is getting into the Superbowl Spirit with its #RiseUpBurger.

“Featuring more than 15 iconic burgers on the menu, the #RiseUpBurger includes the choice of premium beef or all-natural bison, topped with grated cheddar cheese, crisp smoky bacon, tangy BBQ, chipotle ranch and flash fried onion straws, served on toasted brioche bun with our fresh-cut fries,” an announcement from the restaurant says. “In addition, Falcons fans can visit the Ted’s Montana Grill Facebook page and post a picture enjoying the #RiseUpBurger for a chance to win a $500 gift card from Ted’s! https://www.facebook.com/tedsmontanagrill”

The restaurant will be located at 4920 Flat Shoals Parkway. To celebrate the milestone, Wingstop made a $5,000 to a local nonprofit, Hands on Atlanta.

“This is an incredibly exciting day for the entire Wingstop team, and we are proud to be sharing this achievement with the Greater Atlanta community,” Wingstop’s Chief Marketing Officer Flynn Dekker said in a press release. “As part of our commitment to supporting educational opportunities in communities that have embraced Wingstop, we are proud to join Boss Wings in celebrating this milestone with a $5,000 donation to Hands on Atlanta.”

It will be located at 3500 North Decatur Road.

“The location is owned by local resident Corey Browne, who used to be a customer of Marco’s Pizza before deciding to become a part of the franchise family,” a press release from the company says. “Marco’s Pizza is the nation’s fastest growing pizza franchise and the only chain founded by a native Italian. The company stands out from big players with fresh dough made daily in every store, an exclusive blend of fresh, never frozen cheeses and a secret pizza sauce recipe created by the founder.”