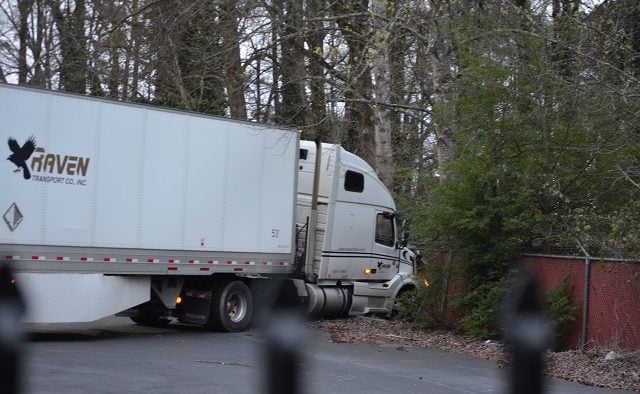 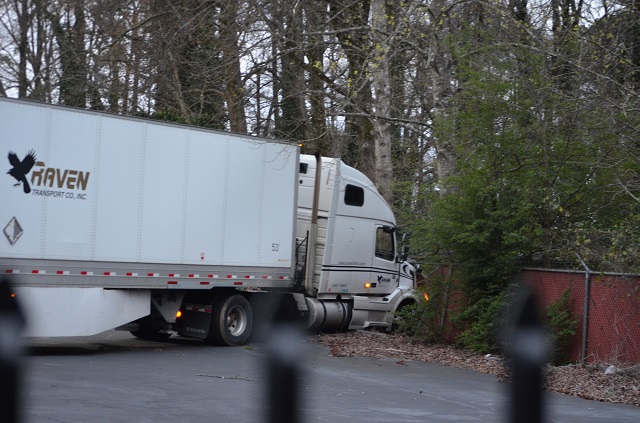 Jessica Hales was watching Jeopardy! on Tuesday evening when she heard what turned out to be the sound of an 18-wheeler crashing through her backyard fence.

Hales lives on McCurdy Way, near a vacant car dealership that’s being used for loading and unloading trucks that drive down her street. She said she sees U-Haul trucks and other large vehicles going in and out of the truck bay a few times a week.

Hales said the paramedics told her the driver of the truck who crashed through her fence was having a medical issue.

“I really hope he’s OK, but this just highlights the problem of 18 wheelers right next to residences,” she said.

Hales said there’s no curb cut for the dealership property. The only way to get into the site is to pull trucks all the way up to her fence and then back it in, she said.

“Semi trucks should never be trying to maneuver this situation,” Same said. “This should have never happened.”

In 2015, there was a proposal to turn the dealership into a three-story development that included a restaurant. Many residents were opposed to that idea. 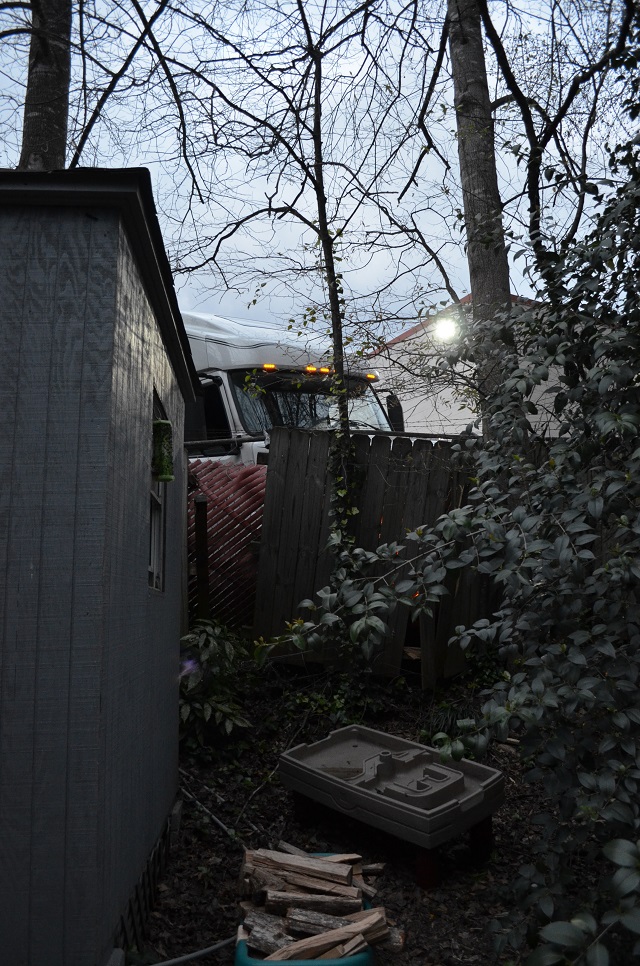