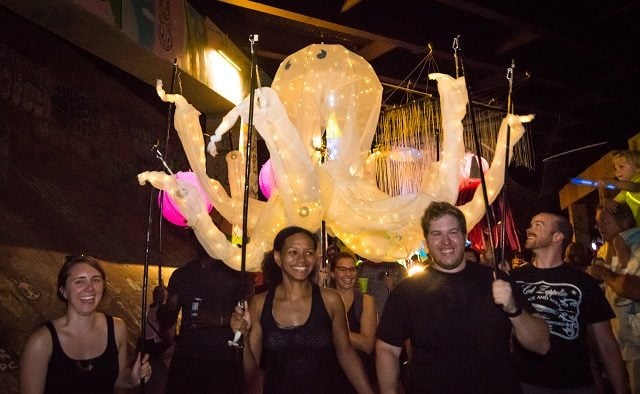 Participants in the Lantern Parade carry an octopus lantern along the BeltLine. File photo by Steve Eberhardt
Share 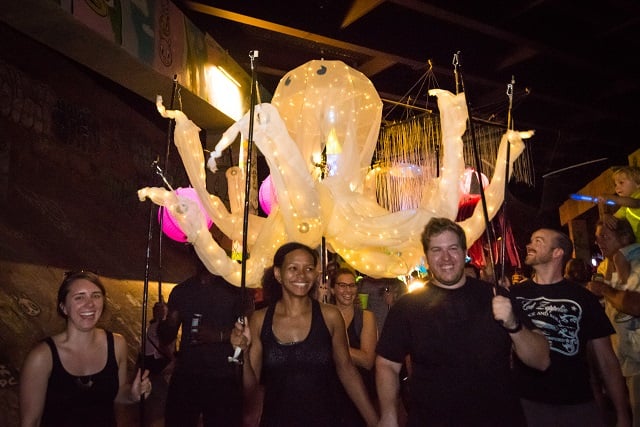 Participants in the Lantern Parade carry an octopus lantern along the BeltLine. File photo by Steve Eberhardt

Avondale Estates is making plans to host a lantern parade next month.

It will be the first year the city has hosted a lantern parade. Over the last few years, there have been successful parades in Atlanta and Decatur.

Avondale’s event will be held on Friday, April 21, with line-up at 7 p.m. at Berkeley and Kensington roads. The parade will begin at 8 p.m.

“The City is excited to announce it will be hosting its first ever Lantern Parade! This event will be hosted by the Avondale Arts Alliance along with the DeKalb School of the Arts (DSA),” the announcement from the city says. “Celebrate the community and the arts by parading through the beautiful Avondale Estates neighborhood, wind around the lake for a spectacular display and cut through the woods pathway to Avonwood. The parade will end at DSA’s campus for a bonfire celebration which will kick off their 30th Anniversary and Annual Fringe Festival!”

More from the city of Avondale Estates:

– Bicycles are OK, but those using them are asked to walk with their bike

– Golf carts are OK, but must follow pedestrians at the back of the parade

– Strollers and wagons are OK

Get started making your lantern with help from Garage Door Studio (GDS)! Bring a paper lantern, parasol, etc., or if you are schooled on making lanterns, feel free to bring your own materials to assemble. GDS will have instructors on hand to guide and help attendees. All ages are welcome.

**More details will be provided about the event in the upcoming weeks.**