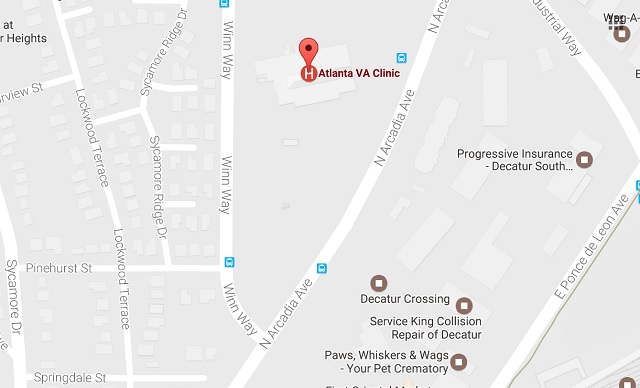 The proposed site of a 101 unit apartment development. Photo obtained via Google Maps

A developer wants to build apartments on a piece of the former DeVry University property in Decatur.

Enfold Properties confirmed it is seeking to build a three story structure with 101 apartment units at the intersection of Winn Way and North Arcadia Avenue. A representative of the company said the current zoning allows for apartments at this site, which was once part of the DeVry campus. Another portion of the property became an outpatient clinic for the Atlanta VA Medical Center.

The company representative said Enfold has made an application with the city to confirm the current zoning of the property, and said the property’s previous owner tried to develop it as a town home and retail project, but the city said the property didn’t have the proper zoning.

The representative for Enfold said the company hopes to begin construction at the end of 2017 if the company can get the financing for the project.

“The plans have not been finalized by the development team, nor have any permits been issued by the City,” she said. “The last set of preliminary plans presented by the developer were for a 102-dwelling unit apartment complex; no commercial uses were proposed. The development team is revising the plans and I’m not scheduled to meet with them until later today (March 2).”