It claims Hill has a mental illness. Hill says he does not. The mailer then goes on to say that having a mental illness would make Hill an unfit candidate for office and describes “expected symptoms” of someone with a mental illness. The flyer alleges Hill is prone to “irritability” and “self harm.”

“Do not vote for a mentally ill person to run our new city,” the mailer says.

The National Alliance on Mental Illness estimates approximately 44 million adults in the United States – one in five – have a metal illness. But if alleging that Hill has mental illness and maligning millions of people with mental illnesses isn’t enough to offend, the mailer ups the ante by deceptively comparing Charles Hill to Anthony Hill, an unarmed black man shot by a DeKalb County police officer. That officer is now facing murder charges in Hill’s death. 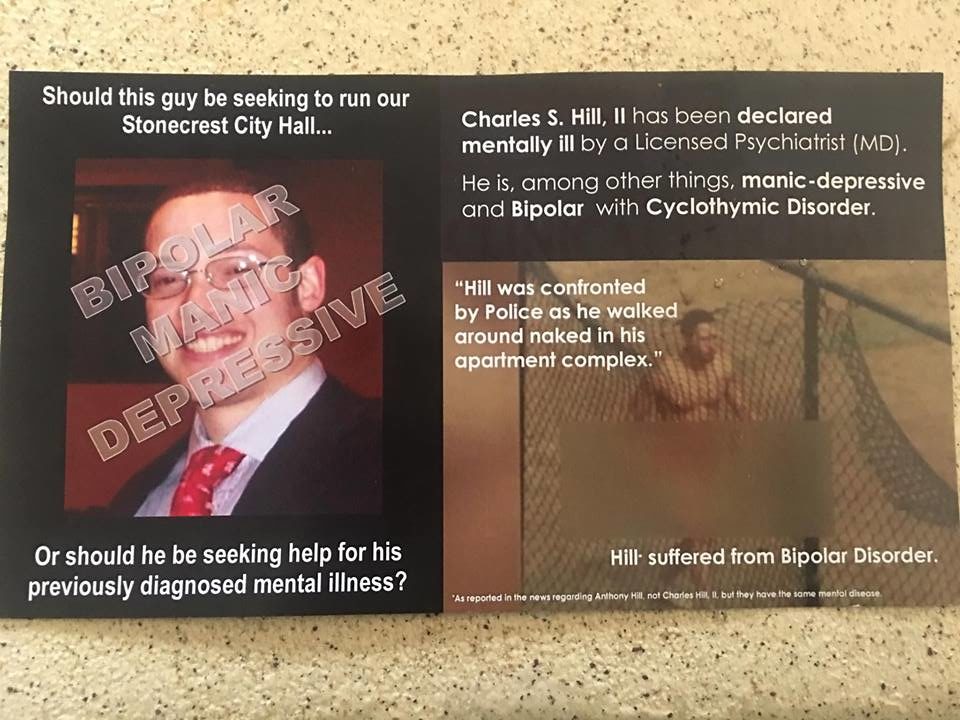 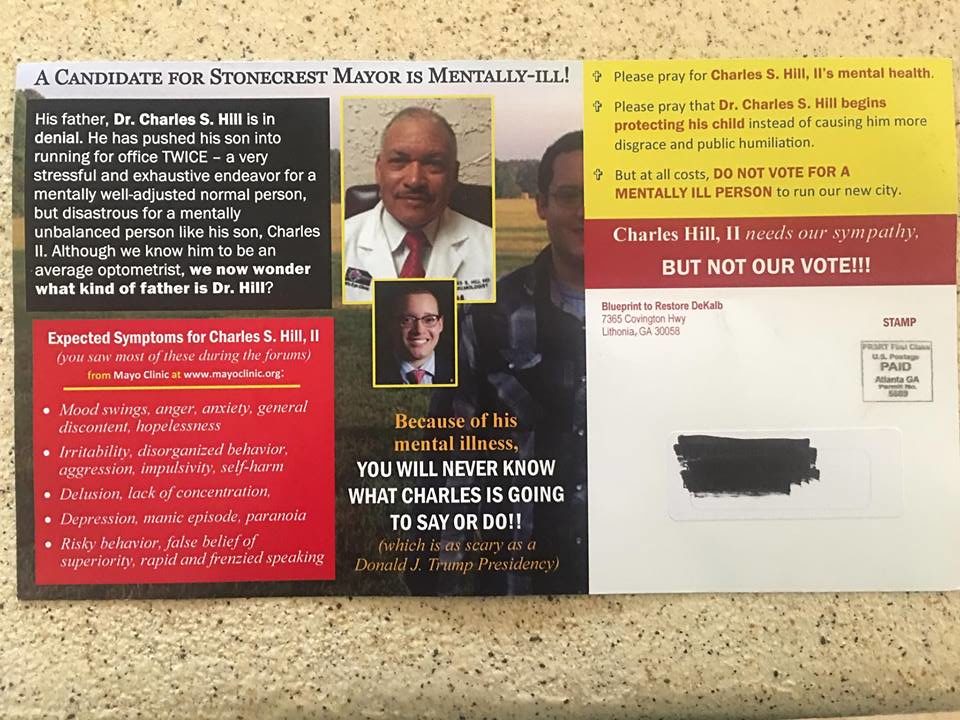 In an interview, Hill said he was “very hurt” by the mailer. He said he can only speculate about who sent it, but has no proof of who did. Hill said his campaign was not involved in sending the mailer.

“None of the information that is on the flyer is accurate, and to think that someone would use Anthony Hill to try to gain some type of political advantage, or try to link some of the issues he was facing to me is far beyond the pale,” Hill said. “This is beyond mind-blowing. I’ve never seen anything like this ever, and I just think it’s wrong.”

Favors said via email, “This is disgusting! No I have nothing to do with it.”

Lary did not respond to an email seeking comment, but left a reply to a Facebook post by local journalist, politician and political observer George Chidi asking him if he was involved.

“I didn’t send this and I don’t know who did,” Lary said. “Please remove this garbage from my wall. I don’t fight my battles this way.”

The mailer itself provides misleading information. The return address lists the sender as Blueprint to Restore DeKalb, but attempts to find out of this group actually exists have been unsuccessful. The address on the mailer, 7365 Covington Highway, Lithonia, appears to be an undeveloped lot.

Hill blamed the mailer on a”kind of South DeKalb mafia,” people who have wielded power for years who see him as a threat.

“There is a Mafia like element who thinks they can do something like this and get away with it,” Hill said.