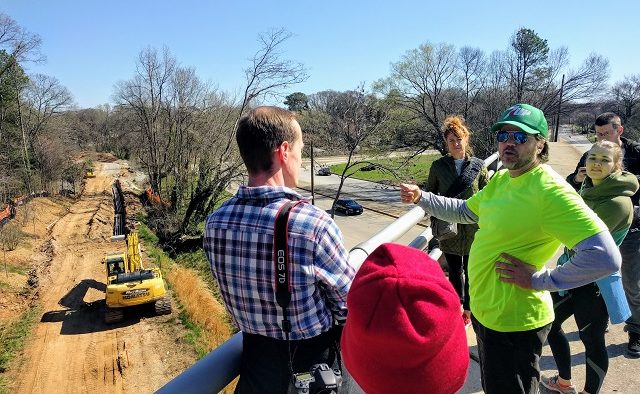 Chad Carlson stops on the Westview Avenue bridge over Langhorn Street and the Beltline. Photo by Dan Whisenhunt
Share 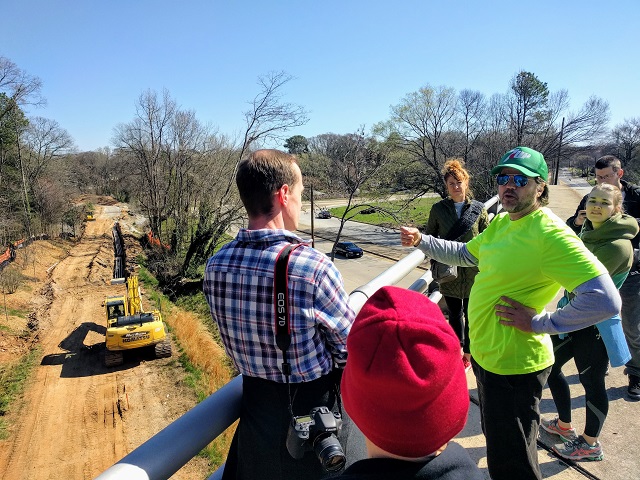 Chad Carlson stops on the Westview Avenue bridge over Langhorn Street and the Beltline. Photo by Dan Whisenhunt

Chad Carlson and a group of urban tourists gathered at the southwest corner of Washington Park on Saturday, March 4, and prepared to venture onto the southwest portion of the Beltline.

Orange netting surrounded the area as volunteers cleaned up around the trail. Carlson attempted to lead his group of about 20 tourists down the paved section of the Beltline, until an older man shooed the group away. The man said it was due to construction, but there were no signs indicating the trail was closed. Still, Carlson redirected his tour, opting instead to walk through the Hunter Hills neighborhood.

Carlson noted one of the ironies of the Beltline project. The 22-mile multi-use trail provides the public with a place to walk and enjoy green spaces, but sometimes the Beltline’s overseers treat the public like trespassers.

“They need to treat the public with respect,” Carlson said.