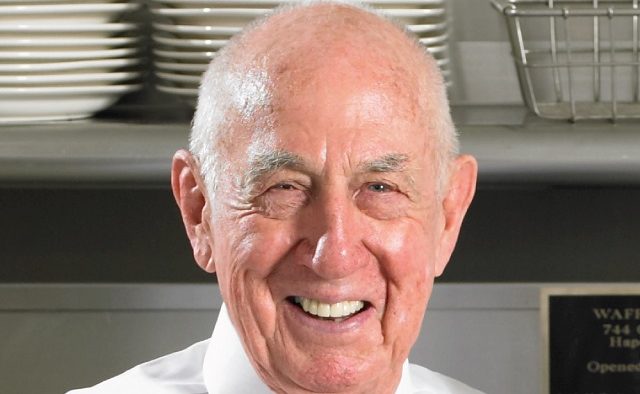 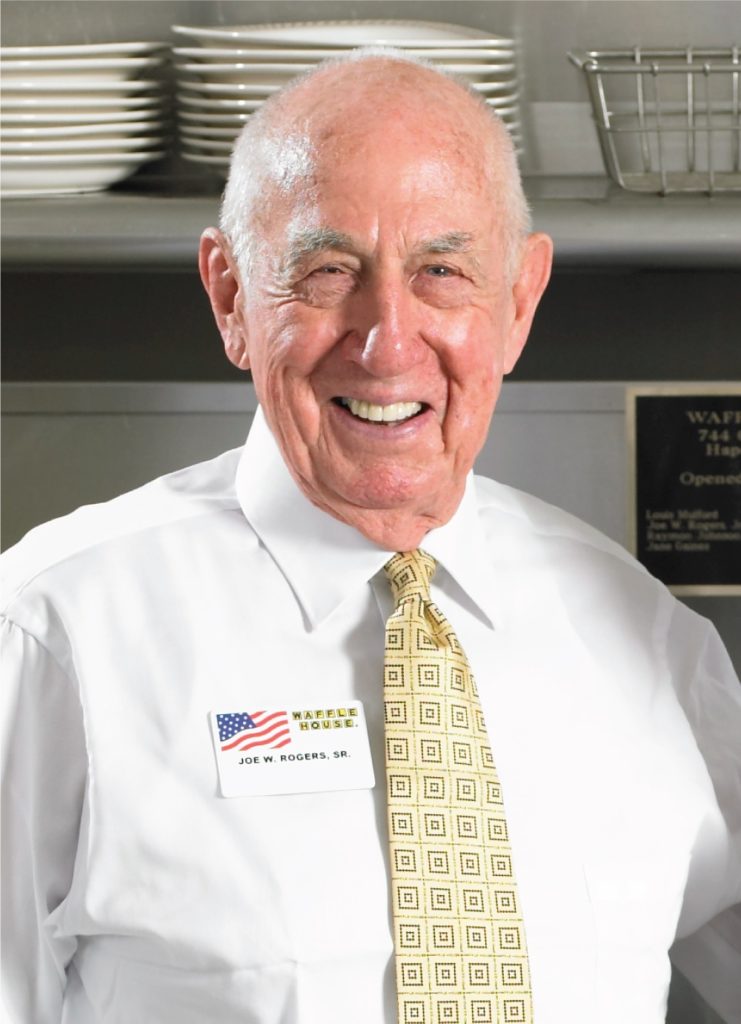 One of the co-founders of Waffle House, which started in Avondale Estates, has passed away.

Joe Rogers Sr. died on Friday at age 97, the company said in a press release.

Rogers founded the Waffle House with Tom Forkner in Avondale Estates in 1955. The original location is now a museum and there are now hundreds of Waffle House locations.

Aside from waffles and late hours, the restaurant is known for its hash browns cooked any way you like.

“Most established businesses of today started as just an idea among a few people with no expectation of great size and success,” the Waffle House website says. “Joe and Tom did not envision what Waffle House has become, but they stuck by their concept and their belief in shared ownership. Now more than 60 years later, the southern icon has become A Unique American Phenomenon by serving GOOD FOOD FAST.”

According to the company, Rogers was born in Jackson, Tenn. in 1919.

According to his obituary, one of Rogers’ favorite sayings was, “We’re not in the restaurant business. We’re in the people business.”

Here is his full obituary, provided by Waffle House:

Joseph (Joe) Wilson Rogers, Sr., co-founder of the Waffle House restaurants, passed away Friday, March 3, 2017 at the age of 97. Born in Jackson, TN in 1919, he was the son of the late Frank Hamilton and Ruth Elizabeth DuPoyster Rogers. He was preceded in death by his brother Frank Rogers.

“We’re not in the restaurant business,” Joe Rogers, Sr. would say. “We’re in the people business.” It was upon this philosophy that he built the foundation of the Waffle House restaurant chain.

Joe Rogers, Sr. was born the son of a railroad man who was laid off during the Great Depression. After his father’s layoff, Rogers went to work throwing newspapers and delivering laundry to contribute to his family’s income. Joining the Army Air Corps during World War II, he learned how to fly and trained B-24 pilots, eventually earning the rank of captain. He married the former Ruth Jolley, daughter of a Methodist minister in Jackson, TN.

When the war ended, Rogers went to work for Frederick Smith in the Toddle House Corporation. Smith, the father of Fredrick Wallace Smith, founder of Federal Express, founded the Toddle House restaurant chain as well as the Dixie Greyhound Bus Line.

Rogers began his restaurant career at a Toddle House in New Haven, CT., where he learned the art of short-order cooking and honed his customer service skills.

“My daddy had taught me always to smile at people and always to make people happy to see me,” Rogers wrote in his autobiography, “Who’s Looking Out for The Poor Old Cash Customer?” Rogers continued, “I didn’t know any other way to approach a person, especially a customer.”

After he would work the grill by day, he would learn from the manager and his wife how to keep the books. He would also go down to the basement commissary where he learned how to bake pies, trim meat, grind hamburgers, and make mayonnaise. His determination to quickly learn all aspects of the business and his unique approach to customer service paid off in sales for the Toddle House. He was rapidly promoted to City Manager in Philadelphia then, less than a year later, to Southeast Division Manager in Atlanta.

Shortly thereafter, Rogers was promoted to Toddle House Vice President and transferred to the headquarters in Memphis, TN. He sold his Waffle House interest to Tom and devoted his full attention to the Toddle House, which grew to 320 restaurants.

But the Toddle House Corporation offered no ownership opportunities for its employees. So in 1961 Rogers brought his family back to the Atlanta area and rejoined Tom in their Waffle House partnership.   Rogers had soaked up every bit of knowledge possible from some of the best managers and operators in the restaurant industry and was ready to grow the Waffle House chain.

Under Rogers’ and Forkner’s leadership, the Waffle House chain grew to 400 restaurants by the end of the 1970s. It was in the late 1970s that they stepped out of the day-to-day running of the business.  While Rogers was not actively running the restaurants, his legacy of customer service continued. Up until just a few years ago, Rogers still came into the Norcross, GA office to check in on the business and offer encouragement to the Waffle House associates.

“Joe and Tom never imagined their company would grow to the 1,900 restaurants we have today,” Joe Rogers, Jr. says. “They never envisioned the financial success shared by so many of their associates 61 years later.”

Joe Rogers, Sr.’s legacy of customer service and taking care of people will continue, and his loss is felt by more than 40,000 Waffle House associates across the country.

A memorial service and celebration of life will be held Wednesday, March 8, at 1:30 pm at the Georgia Tech Hotel & Conference Center, 800 Spring Street, NW, Atlanta, GA 30308. In lieu of flowers, contributions may be made to the Giving Kitchen, which provides assistance to Atlanta area restaurant workers (thegivingkitchen.org), or the Ida Cason Callaway Foundation (callawaygardens.com).