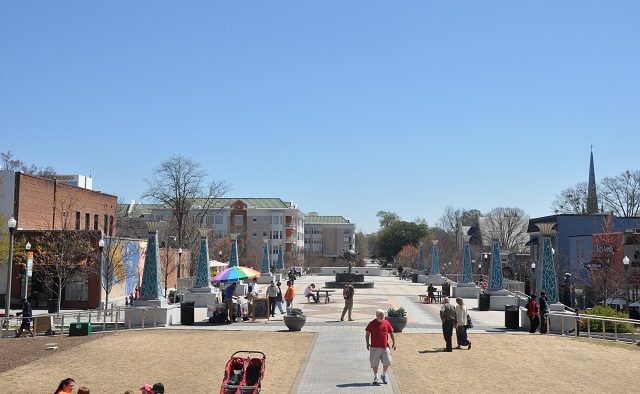 A shot of the Decatur Square on April 1, 2014. Photo by: Dan Whisenhunt
Share 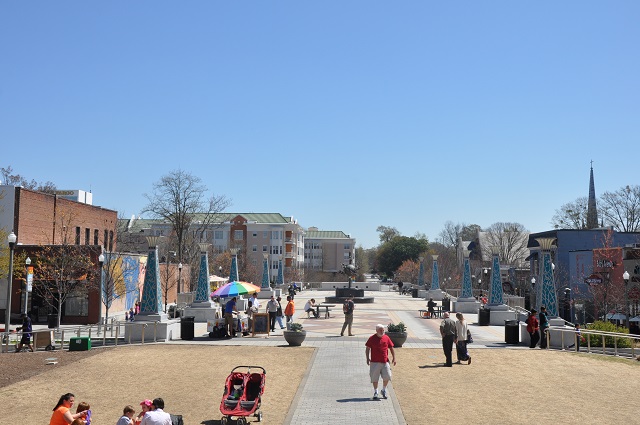 A shot of the Decatur Square on April 1, 2014. Photo by: Dan Whisenhunt

The city of Decatur says artists will be in town on April 6 to capture the city on canvas.

The artists are part of the Olmsted Plein Air Invitational, described as “a week-long event at the center of the modern plein air movement, the most popular contemporary art movement of our time, often called contemporary Impressionism.” The event is called Artists Paint Decatur.

“Throughout the day and into the night on Thursday, April 6, the 30 invited Master Artists of the Olmsted Plein Air Invitational arrive at various locations in and around Decatur to capture cityscapes, architecture and scenic sites on canvas,” a press release from the city says. “Find an artist and watch him or her recreate Decatur scenes outdoors (‘en plein air’) before your eyes!”

The city says that the Artists Paint Decatur festivities are open to the public as a complimentary event on the Decatur square. Music and refreshments will be served at 3 p.m.

“The master artists will relocate in and around the bandstand around 4 p.m., setting up their paintings for judging,” the press release says. “Decatur Mayor Patti Garrett will present the ‘Decatur Community Award’ of $500 to one of the participating artists for their painting depicting Decatur.”

Impressionist landscape painter Phil Sandusky will give an artist lecture at Trinity Mercantile, located at 116 E. Trinity Place in Decatur, at 1 p.m.

“Phil will recount his adventures documenting ‘en plein air’ the devastation of Hurricane Katrina in New Orleans,” a press release from the city says. “A book signing will follow.”

In the evening, there will be an after party starting at 9 p.m. at Communion, located at 129 Church St. in Decatur. Ticket prices are $35 and can be purchased in the Decatur square.