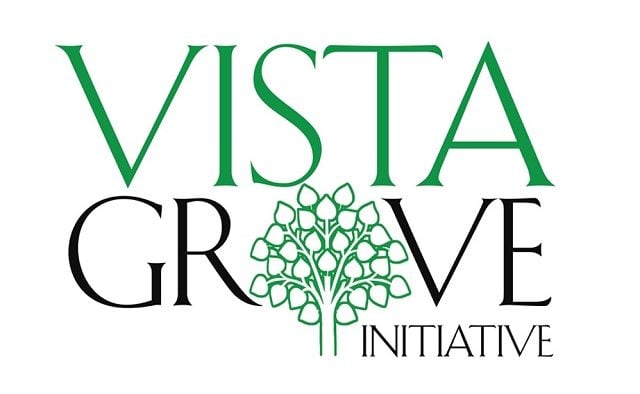 Andrew Flake says efforts to create a new city of Vista Grove are about building consensus, not creating divisions in DeKalb County.

Flake, a founding member of the Vista Grove Initiative, said his group is hoping to have a placeholder bill introduced in the current Legislative session for consideration in the next legislative session. A recent community meeting at Oak Grove United Methodist Church, drew about 70 people interested in the topic.

While there’s no map showing the city’s proposed boundaries or a study showing whether the city could generate enough tax revenue to provide services, the group is suggesting the Lakeside High attendance zone as a starting point for a discussion. That would include the neighborhoods of Oak Grove, Leafmore and Henderson Mill.

Flake and the Vista Grove organization hope a thoughtful discussion will avoid the divisiveness of the previous effort to create a city of LaVista Hills, which failed by 139 votes, a result that’s reportedly still under investigation by the Secretary of State’s Office.

“We hope the legislators have enough confidence in this to take the small step of introducing a placeholder bill,” Flake said. “The intent would be to continue soliciting input and find out if people like this idea and doing it in a positive way. Many of us felt like the tone of past discussions in the area been divisive.”

The group made a point of noting that its members were not involved in the LaVista Hills cityhood effort.

“Members of VGI’s leadership team were not involved in LaVista Hills or any previous cityhood effort in the area,” a press release from the organization says.

Flake said he’s been hearing from people who are interested in a government similar to Tucker’s, which was approved by voters in the same election that saw voters reject LaVista Hills. That means the city would provide zoning and parks, but not police services, which would remain under DeKalb County.

He said VGI has “dozens of volunteers” and a 16-member leadership team.

“It’s very important to us that it’s a bottom-up, grassroots movement,” Flake said.

Here is the full press release from Vista Grove:

A group of citizens of the Vista Grove region in North DeKalb – one of the last unincorporated areas of the county – have formed The Vista Grove Initiative to explore the future of their community.

The Vista Grove Initiative (VGI) was created to foster positive community dialogue about the best means for the community to:

— Strengthen relationships and the natural community and identity in the Vista Grovearea through common history, geography, and aspirations.

— Create opportunities in Vista Grove for citizens to enhance quality of life for themselves and their families through civic participation, economic development, recreational opportunities, and educational achievement.

— Ensure self-determination, and a clear voice, for our citizens in the important discussions at a regional, state, and inter-governmental level that impact our community.

VGI will explore cityhood for unincorporated North DeKalb as an option for study and discussion. VGI’s belief is that the community is better off having more options for its future, rather than fewer.

“Our group’s objective is to preserve our area’s civic options for discussion, including possible cityhood,” says Andrew Flake, one of VGI’s founding members. “VGI is taking a fresh look at the questions related to both annexation and cityhood.”

While VGI believes strongly that possible cityhood should be a deliberative, collaborative and careful process, new rules about the introduction of cityhood bills in the General Assembly mean that legislation would need to be introduced this year for a City of Vista Grove to be possible within the next 2 years. If the Vista Grove community fails to act quickly, the City of Vista Grove is an option that may disappear due to annexations or future legislative changes.

VGI would like to see legislation introduced during this 2017 session, and then a constructive discussion across the Vista Grove footprint that is based on good information, quality dialogue about issues, and a shared recognition that we all have the best interests of neighborhoods, schools, families and the larger community at heart.

Previous discussion of cityhood in the North DeKalb area, leading up to the referendum on a City of LaVista Hills, became divisive at times — a tone VGI is committed to avoiding. The initiative hopes that the discussion about possible cityhood will help heal those divisions and strengthen residents’ sense of civic identity and belonging. Members of VGI’s leadership team were not involved in LaVista Hills or any previous cityhood effort in the area.

VGI’s founding principles include fostering thoughtful dialogue that is positive in tone, building grass roots support and gathering input at the neighborhood level, and coordinating closely with neighboring city governments to help residents near proposed borders be involved and make the most informed decisions.

The footprint of the Vista Grove community is something VGI believes should be an integral part of community discussion. The Lakeside High School (LHS) attendance boundaries would be a natural starting point for discussion. Then, following town hall and civic association discussion, any neighborhood that wanted to be part of an incorporated Vista Grove could be added. Conversely, if a bordering neighborhood in the LHS school zone did not want to be part of an incorporated area, they could communicate that decision as well. Such a process will require thoughtful discussion inside the community and open-minded and collaborative engagement with neighboring cities. Among other things, coordination will be necessary to harmonize boundaries and to avoid leaving any unincorporated pockets or islands.

VGI held its first town hall meeting March 2 at 7 p.m. at Oak Grove United Methodist Church in Decatur. The room was full with about 70 attending.

Whether Vista Grove becomes a city or not, VGI believes that coming together and having a future-oriented discussion will help the community be more cohesive and better prepared to take on the many challenges and opportunities ahead for unincorporated North DeKalb.