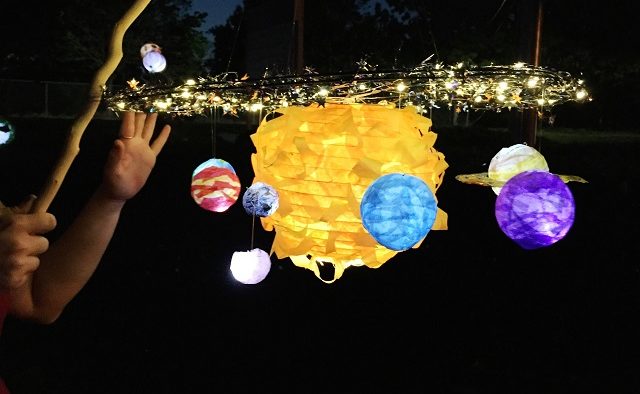 Brierly David made this solar system lantern for the Avondale parade and today’s March for Science Atlanta rally.
Share

Last night, Avondale Estates residents and DeKalb School of the Arts (DSA) students congregated for a lantern parade and music performances to celebrate the school’s 30th anniversary. The event began at 7 p.m. at Berkeley Road and Kensington Road and concluded well after 9 p.m. at DSA with a dance party. 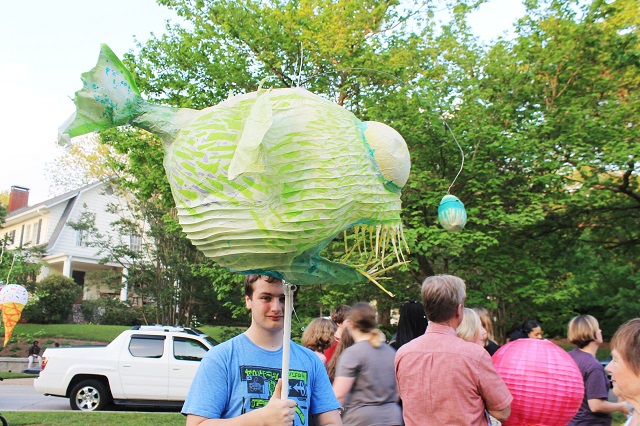 Freshman Vincent Anziano received compliments on his Anglerfish lantern all evening. He and his parents made it from scratch and brought it previously to the BeltLine Lantern Parade. Photo by Duo-Wei Yang 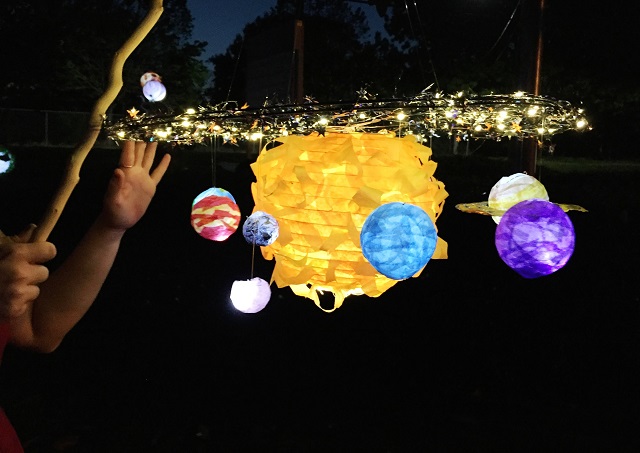 Brierly David made this solar system lantern for the Avondale parade and today’s March for Science Atlanta rally. 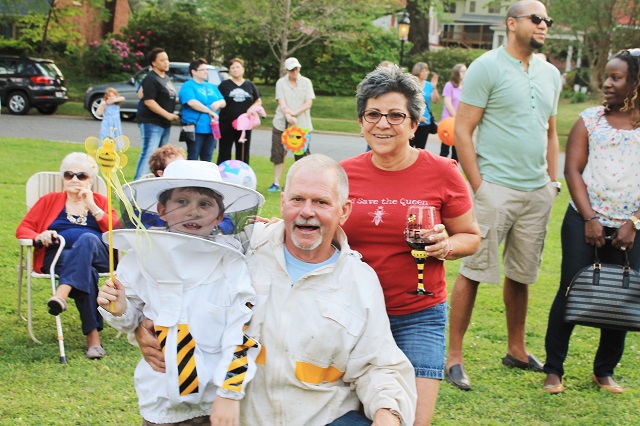 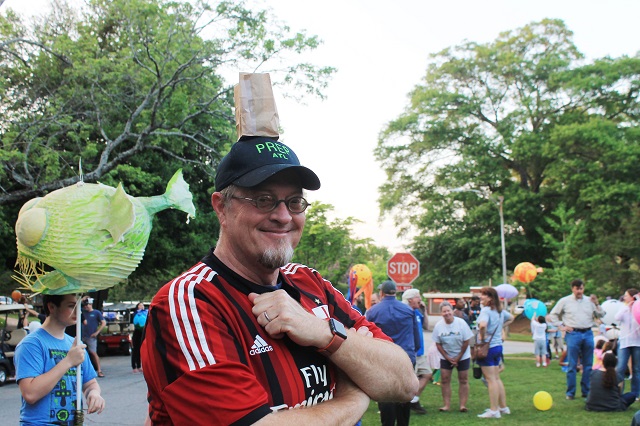 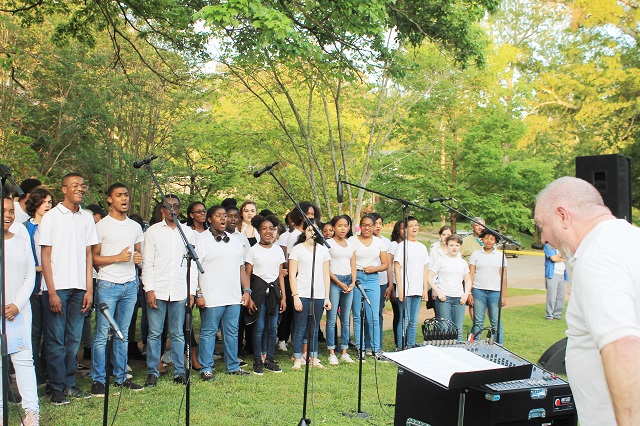 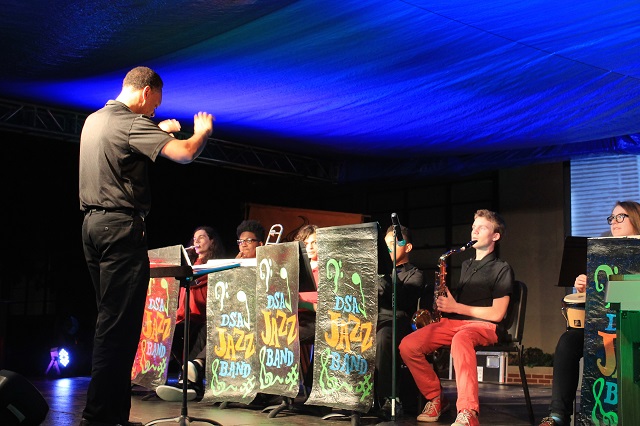 By the end of the procession, walkers would enjoy the DSA Jazz Band’s performance as they arrive at the high school’s campus. Photo by Duo-Wei Yang 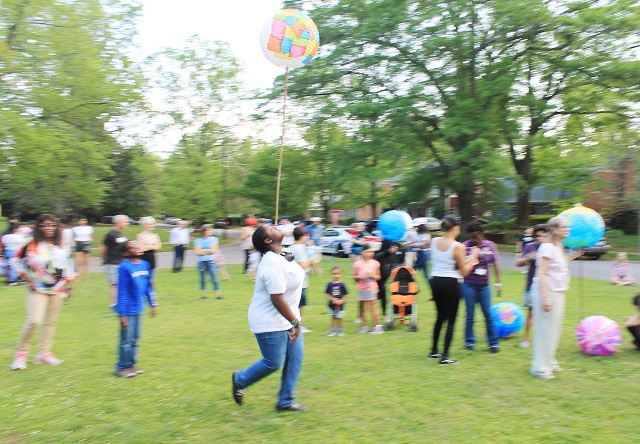 Junior Raven Burke decides to goof off with her lantern as residents and students mill in. Students created 100 lanterns for the event. Photo by Duo-Wei Yang 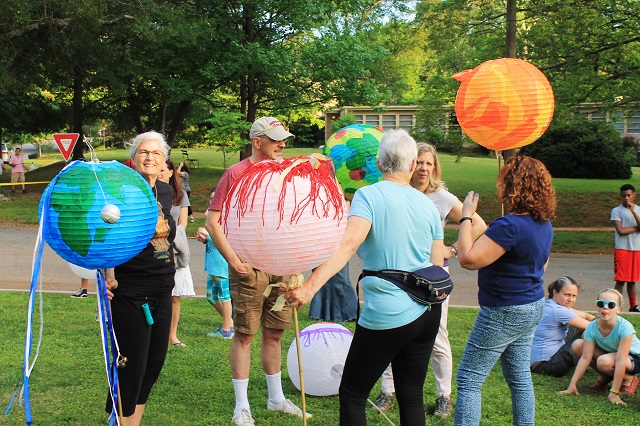 Every year, the DeKalb School of the Arts (DSA) holds a Fringe Festival, an event that showcases performances and projects created by the students. Because of the school’s 30th anniversary, DSA and the Avondale Arts Alliance decided to kick off the event with a lantern parade. Photo by Duo-Wei Yang 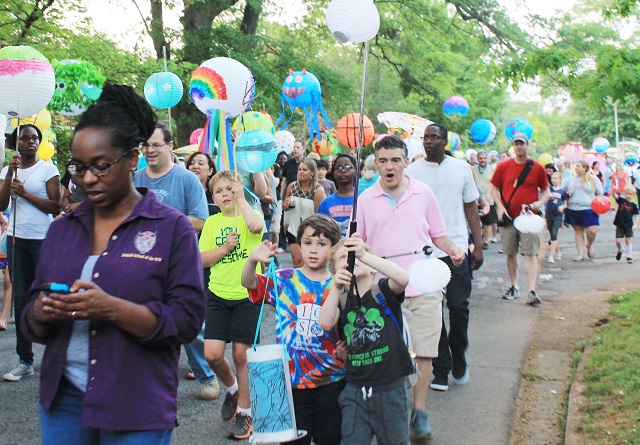 Parade participants walked for 1.3 miles, passing by neighbors who sat outside to spectate and admire the lanterns. Photo by Duo-Wei Yang