Portion of I-20 in DeKalb County closes after road buckles

Portion of I-20 in DeKalb County closes after road buckles 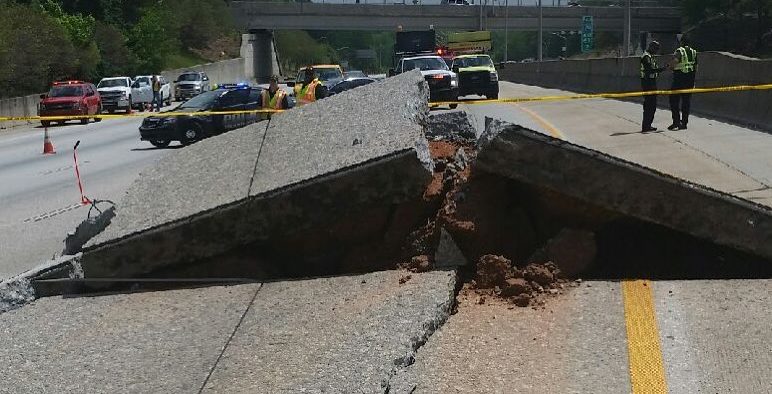 According to WSB-TV a portion of I-20 in DeKalb County is buckling, causing the pavement to jut outward.

I-20 westbound between Gresham and Candler Roads were shut down, but two lanes have since reopened.

To see the full story from WSB, click here.

The county emergency management agency says the buckling is due to a gas leak:

WSB posted this photo of the damage on its Twitter page …

We just can’t catch a break — all lanes are closed on I-20 WB in DeKalb County, where part of the road buckled https://t.co/kaAbgkT4o7 pic.twitter.com/qAg33hMyMg

This incident comes in the wake of a March 30 fire that destroyed a section of I-85 in Atlanta.

The Georgia Department of Transportation says crews and contractors will begin removing materials from the site and will use radar to test the stability of the other lanes. The HOV lane and the adjacent lane remain closed, and will stay closed through Tuesday morning’s commute.

“At this time we cannot speculate as to when all lanes will be open,” a press release from GDOT says.