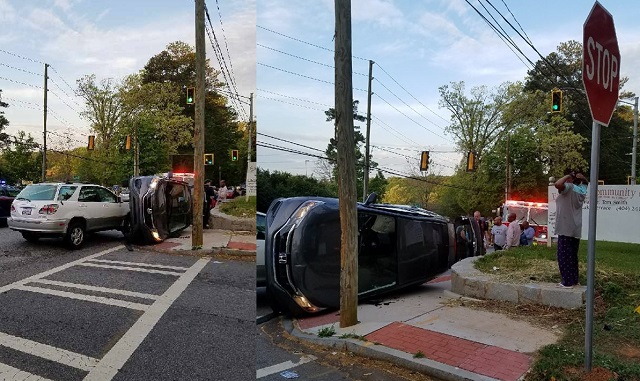 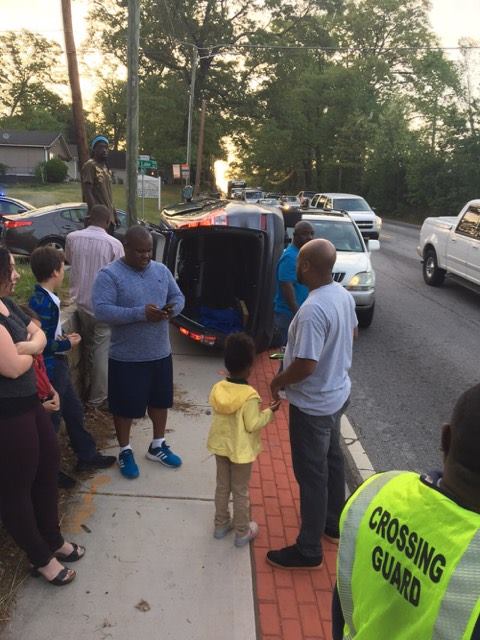 A terrifying accident almost turned into a tragedy on Tuesday morning when a Honda SUV flipped on its side, landing on the sidewalk along Memorial Drive near East Lake Terrace.

According to witnesses, two children – a 4-year-old and a 19-month-old – were almost crushed. The children’s mother, Cami Reynolds, was able to push the children out of the way before the vehicle landed. The accident involved another vehicle, a Lexus SUV. Police said the accident remains under investigation and neither driver was hurt.

Reynolds was walking her children to school.

“It was absolutely terrifying,” she said. “We were quite literally seconds from being hit by the car that rolled over. I was crying pretty hard right after it happened and it really shook up the lady who hit the other car as she saw us and thought she was going to run into us as well. Her two kids were in the car with her. Evidently she never saw the other car when she hit it and it happened right behind me so I didn’t see what happened, just heard it and ran.”

She said the accident is a reminder that the road needs to be improved.

“Rounding that corner onto Memorial, and the stretch on the tiny sidewalk that butts right up to the speeding cars, and waiting at the light for it to change so we can cross is pretty scary every day,” she said. “But we do it because walking to school is so lovely and I cherish that time together every day and for us it’s faster than driving. I’ve always said it’s going to take a kid dying on their walk to school before the city or DeKalb County invests in this wonky intersection to make it safer. Thank God today it wasn’t mine.”

Readers provided these photos from the scene … 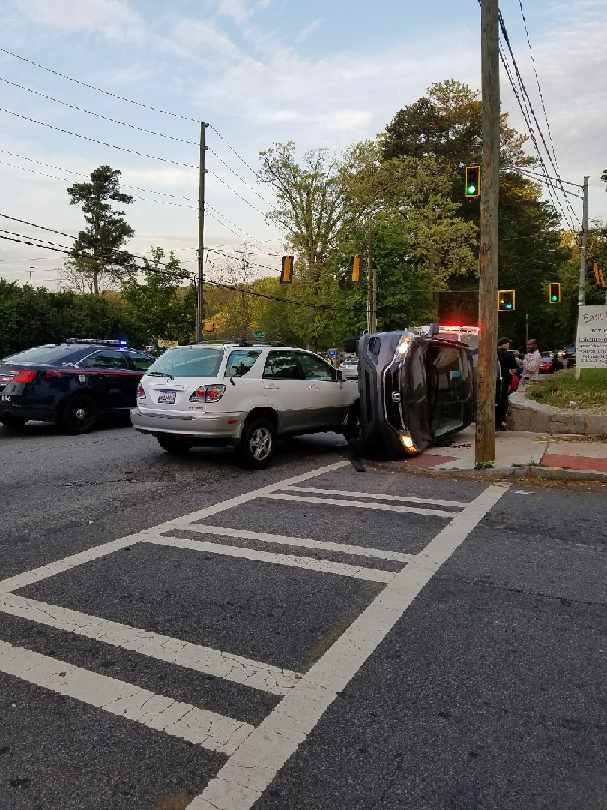 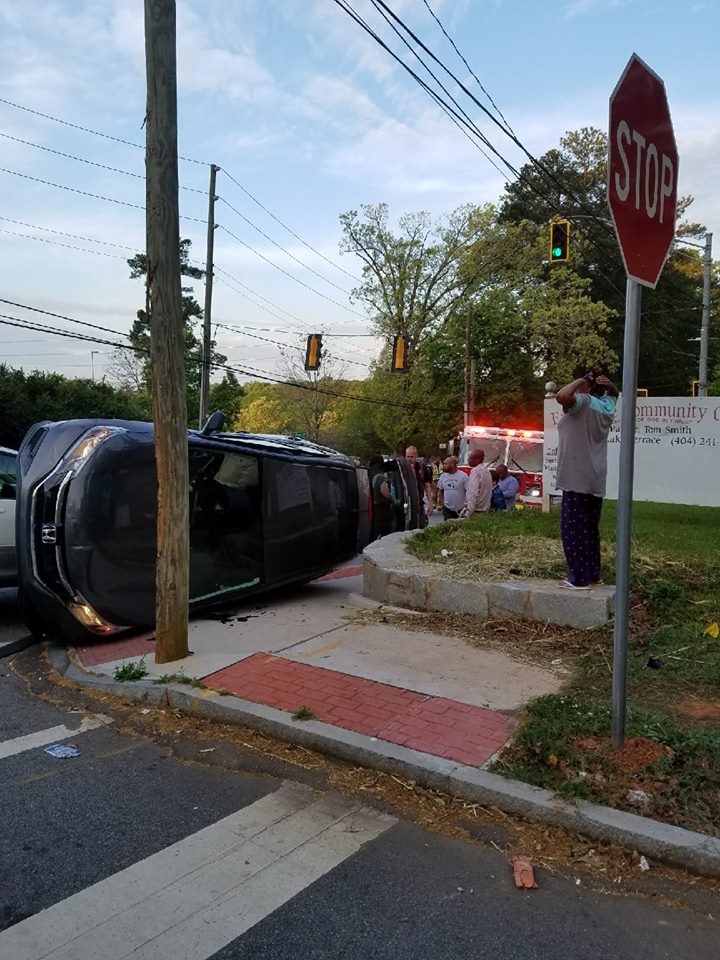