A rendering of the proposed redevelopment of the Oakview Road apartments. Photo provided by the Decatur Housing Authority.
Share 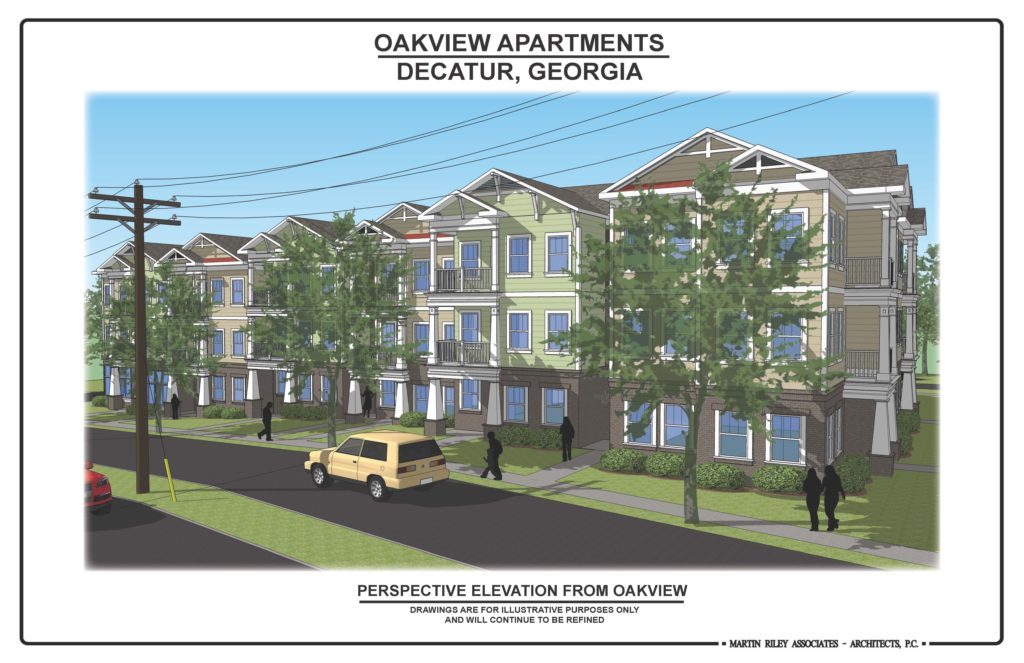 A rendering of the proposed redevelopment of the Oakview Road apartments. Photo provided by the Decatur Housing Authority.

Decatur Housing Authority Executive Director Doug Faust said that the 24 unit apartment complex it owns on Oakview Road will be demolished soon to make for a 34-unit redevelopment.

Faust said DHA is also applying for a tax credit that will support the project. DHA held community meetings earlier this month to gather input about the planned redevelopment. When it’s completed, there will be 34 units, 27 for low income residents and seven apartments set at a market rate. The building would be three stories. Construction could begin in 2018, and proposed amenities include an on-site community room, computer lab, resident garden, tot lot for young children, access to on-site health information in an exam room.

Residents who were living there before the demolition were relocated to the Housing Authority’s other property, Trinity Walk located at 421 West Trinity Place. That site has also undergone extensive renovations in recent years and was previously known as Gateway Manor.

The recent presentations by DHA also included feedback from low-income families who participated in a survey. These residents expressed a number of concerns including a lack of access to basic items and a general sense that they are unwelcome in certain parts of Oakhurst. Here is a list of concerns the residents raised during the survey:

“It will be in what the housing industry is called mixed income housing,” he said.