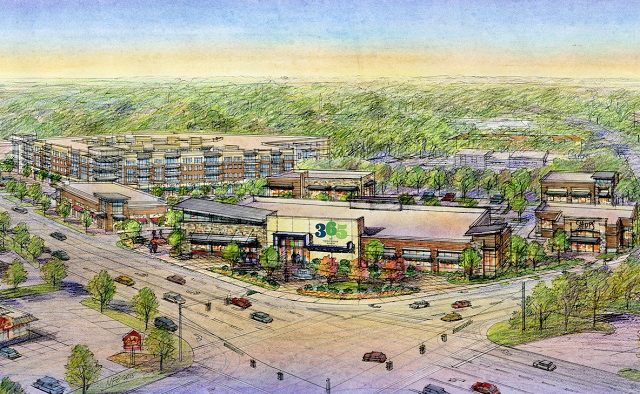 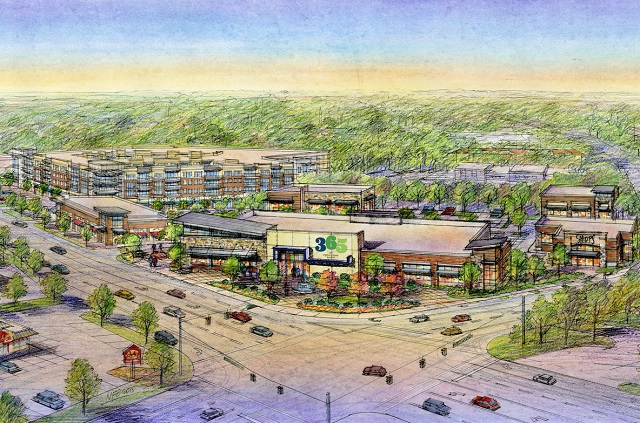 The developer behind a Whole Foods 365 mixed-use project in north Decatur has confirmed new tenants that are expected to join the grocery store.

In March the developer, S.J. Collins Enterprises, confirmed that gusto! and Takorea will be tenants in the North Decatur Square project, along with Hollywood Feed and Sage Dental. The development will be located at North Decatur Road and Church Street and will include apartments housing about 450 residents in a four-story apartment building. It will be built on the  18-acre site of a former car dealership, across from DeKalb Medical Center.

On May 23, the developer confirmed that Avalon Nail Spa, Bad Daddy’s Burger Bar, Club Pilates, and Regions Bank will be located there. Construction will start this fall and businesses will start opening at North Decatur Square in the fall of 2018.

The retail center is being described as “pedestrian friendly” and will include pocket parks, an acre of open space, multi-use trails and Wi-Fi access throughout.

“This is a unique and hip area in Atlanta,” Justin Latone, director of leasing for the center, said in a press release. “With this retail center, we elected to pursue more local and trendy businesses in the area like Takorea and gusto!, but we also want to attract highly respected businesses like 365 by Whole Foods, which will be the first in Georgia. We think this retail hub will be a regional asset for the up-and-coming Decatur market.”