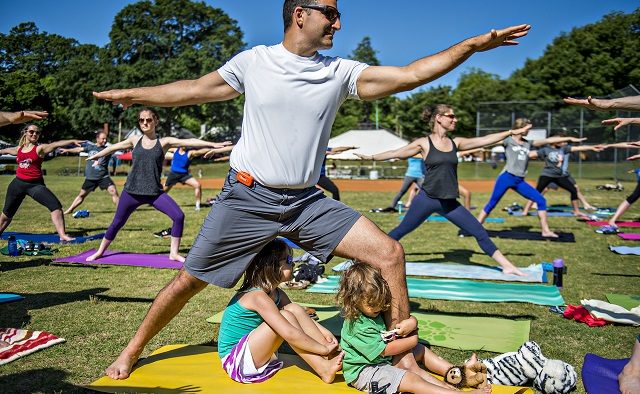 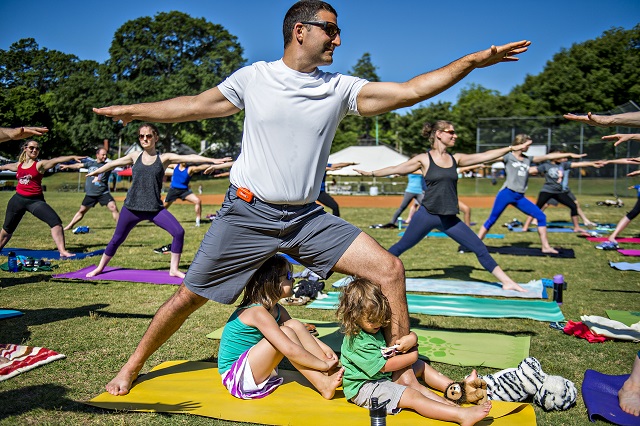 The weather looks like it will cooperate for Saturday’s festivities, with forecasters predicting mostly sunny skies and a high of around 90. The festival will be held at Bessie Branham park, located at 2051 Delano Drive in Atlanta. The festival itself is free, with tickets required for some events.

The schedule for the two-day event is as follows:

The festival does not require tickets  to attend, but they are needed in order to participate in the 5K and Tour of Homes.

For the 5K, tickets go for $30 – $20 for kids 12 and below – which includes a tee shirt from the race and a beer/sangria stub for adults of age. The race begins at Kirkwood Library, located at 11 Kirkwood Road. For more information or to register for the race, go to http://www.kirkwoodfling.com/5k-road-race/.

For the Tour of Homes, a two-day event, tickets are $20 and can be purchased at http://www.kirkwoodfling.com/tour-of-homes/. Kids 12 and under do not require a ticket.

To learn more about the weekend, including the music line up, the BBQ cook off, or volunteer opportunities, check out http://www.kirkwoodfling.com/.

The festival organizers also provided the band lineup for Saturday:

11 – 11:45 a.m.  | Control Burn is a dynamic bluegrass and new acoustic trio that refuses to be confined to a narrow genre. With a surprisingly full sound for a trio, Control Burn is impressing audiences across Atlanta and beyond with skillful playing, exciting original compositions, and selective and meaningful covers. Harris Kendrick on guitar, Tyler Kufta on bass, and Jay Moore on mandolin and vocals are a trio you don’t want to miss.

Noon – 12:45 p.m.  |  Inspired by ‘60s psych classic and Atlanta’s thriving indie rock scene, Slow Parade is headed by Matthew Pendrick. Born and raised in Decatur, Matthew honed his chops while busking under the tutelage of infamous street shouter Guitar Red, soaking up the city’s deep musical history, digging down through the roots and sharing the stage with many of the South’s musical torch bearers including Eddie Tigner (the Ink Spots), Oliver Wood (the Wood Brothers) and Michelle Malone.

1:15 – 2 p.m.  |  Ruby Velle & Scott Clayton have been playing together for over 10 years, keeping soul music at the forefront of their repertoire. After opening for the Temptations last year, the larger band Ruby Velle & The Soulphonics have been working towards their sophomore release due out this year. The duo provides a great way to hear the stripped-down and sultry authenticity in Ruby’s vocals, and relish in the sounds from Scott’s 20-plus years of guitar.

2:15 – 3 p.m.  |  Melodic, smooth, sensual, and profound – just some of the words folks have used to describe Yani Mo. She’s a creative and collard green enthusiast with artistic influences ranging from Toni Morrison, Al Green, Lauryn Hill, and Dilla. The Lithonia native has commanded the growing subculture of Atlanta since her 2013 debut EP “Compound/Words,” a jazz-hop fusion record. During the past year, Mo has been releasing a series of projects, including her second project “Space & Simplicity” with Decatur-based producer ProRow.
Russell Gunn’s Krunk Jazz Orkestra

3:30 – 4:30 p.m.  |  Born in Chicago and raised in St. Louis, Russell Gunn is a pioneer of the Jazz/Hip-Hop movement and the Jazz/Trap movement, a space that only he occupies. He has produced two Grammy-nominated recordings, Ethnomusicology Vol. 1 and Vol. 2. His current projects include The Sirius Mystery and Blackhawk Revisited. As a trumpet player, Russell has performed and toured with a whoʼs who in contemporary music, including Oliver Lake, Branford Marsalisʼ Buckshot LeFonque, Jazz at Lincoln Center, Maxwell, DʼAngelo, Lou Reed, Cee Lo Green, Ne-Yo, Young Jeezy, and Harry Connick Jr. among others.

6 – 6:45 p.m.  |  Fantasy Guys is Inyo Galatea, Maddy Davis, and Mitchell Hardage’s attempt to manifest beach magic inside Atlanta. The project was spawned from the pineapple pulp of former band Distant Planet, and has since been claimed to gently place listeners on hammocks. The trio has asked many scientists for a genre, and after years of calculating the sonic combinations of spritely vocals, zesty synths, saucy bass, luscious guitar, and succulent vibraphone–all atop sexy rhythm tracks by imaginary drummer Hibiscus Chad (Hardage)–the results yielded “Tropical Dream Pop.”

7:15 – 8 p.m.  |  Little Tybee is a progressive psych-folk band based out of Atlanta. Formed in 2009, the group has bridged existing genres into their own brand of calculated, creative, and technical music, which refuses to sacrifice musicality and accessibility.