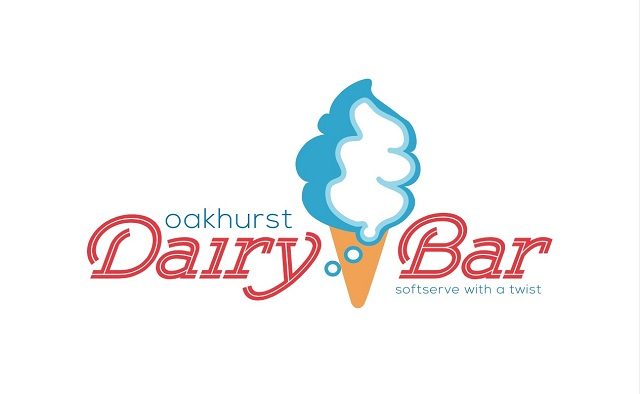 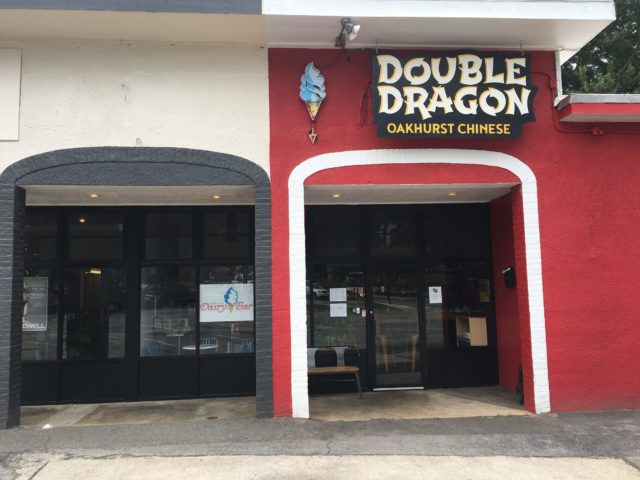 Oakhurst Dairy Bar will be located inside of Double Dragon. Photo provided to Decaturish

For all the frozen treat lovers mourning the loss of local soft-serve shops like the Yogurt Tap, fear not. On June 19, the Oakhurst Dairy Bar will officially open in Oakhurst Village, serving soft-serve gelato with a “focus on tasty cone concoctions,” according to owner Wrightson Jackson.

Jackson decided to open the shop out of a passion for trying new desserts.

“I used to travel quite a bit for my job and always enjoyed visiting the favorite local frozen dessert shops to see what they were doing,” he said. “With soft serve, there are a lot of new ideas to explore and fun things you can create, so that’s how the idea began.”

A Decatur resident himself, he wanted to provide other families in the community with a local option that’s just a walk away.

“My family lives in Winnona Park and often walk to Oakhurst Village,” Jackson said, “We like sweets and the smiles they bring to our children’s faces, so adding another option to make this happen in Oakhurst sounded like a good thing to do.”

Jackson partnered with Michael Lo and George Yu from Double Dragon in December and began developing a plan for the store. The dairy bar will be located inside of Double Dragon, so they had to figure out how to maximize space.

“It’s been a great collaboration with them and their team coming up with creative solutions to make both businesses work together,” Jackson said. “We converted the waiting area at Saba into our entire store.  Using lots of light and color, we have really brightened the space.”

According to Jackson, they laid subway tile around most of the space and will also install a large mural over the next couple of weeks with the help of designer Chris Leimberger of LimeBurger Creative in Decatur. Jackson also hung up retro neon sign that “hints at the ‘store within a store’ concept,” he said.

The dairy bar will offer premium soft serve gelato with a “focus on tasty cone concoctions,” Jackson said. For now, the dairy bar will serve vanilla and chocolate gelato only but will expand to include additional varieties.

That doesn’t mean they’ll be boring, though. Cones can include house-made dulce de leche or a smoky chocolate sauce with a slight kick, dubbed the Shimmy Sauce. They can also be rolled through all types of toppings, “from the classic to the experimental,” Jackson said. Whatever your tastes, cones can be made in all sorts of unique combinations.

“We want to provide an exciting destination for students and families after school as well as a great dessert offering complementing the other wonderful restaurants in Oakhurst,” Jackson said. “One of our primary goals was to create a brand that was uniquely Decatur.  To us, that meant an independent brand focusing on quality ingredients and a business that’s engaged with the schools, the neighborhood and giving back, too.”

It is located at 350 Mead Rd. in Decatur, inside Double Dragon Oakhurst Chinese. For more information, check out their Facebook page.