Driver hits a curb, travels up a wire in Kirkwood

Driver hits a curb, travels up a wire in Kirkwood 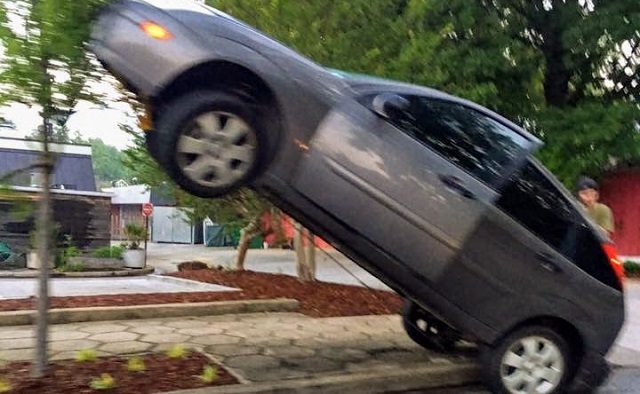 A man was driving south on Howard Street in his Ford Focus near the intersection with Hosea Williams Drive a little after 6 a.m. According to the police report, he lost control as he tried to negotiate a curve “at a high rate of speed.” The roadway was damp at the time and the driver was unable to stop, according to the report. The driver hit the curb, and what happened next was surreal. 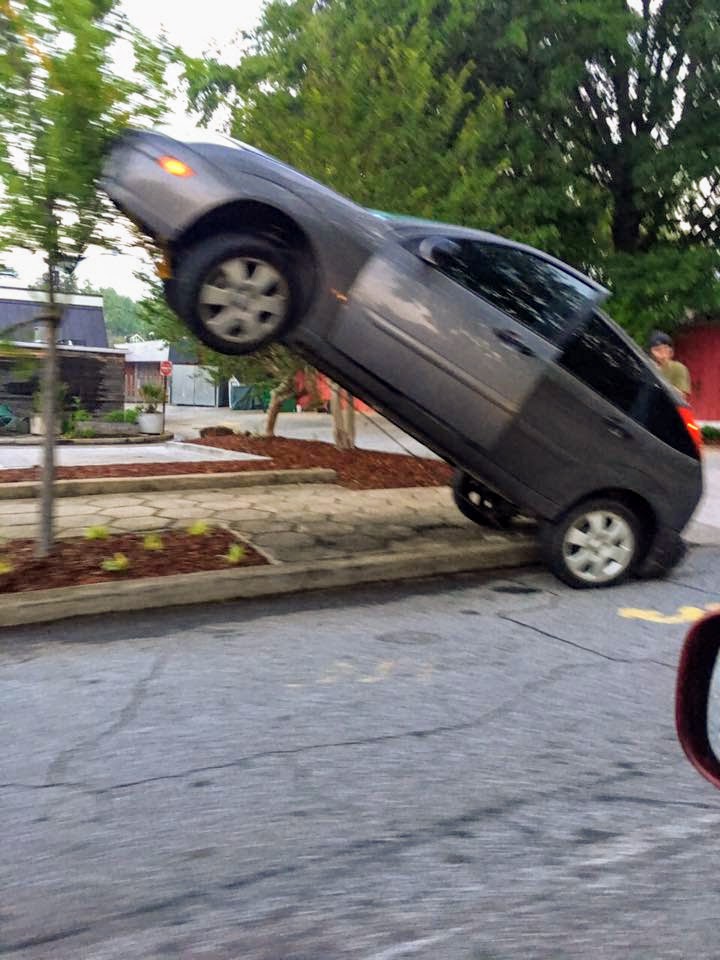 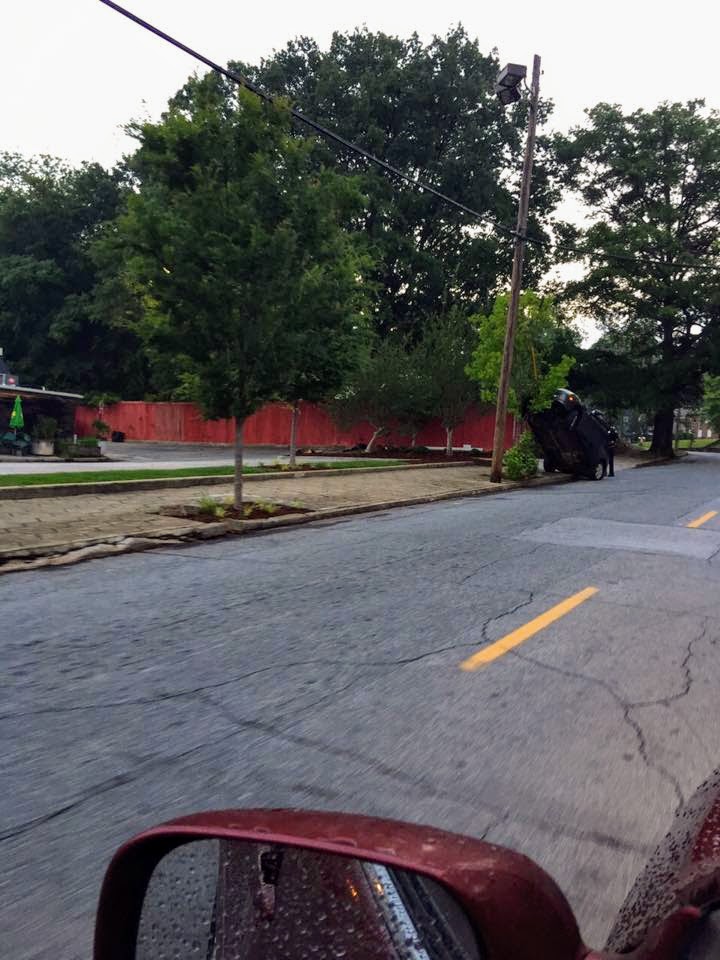 According to the police report, the driver’s speed carried him up a utility pole support wire. That’s where the vehicle came to rest. The driver was not injured. The car only received moderate damage.

“[The driver] was found to be at fault,” the police report says.