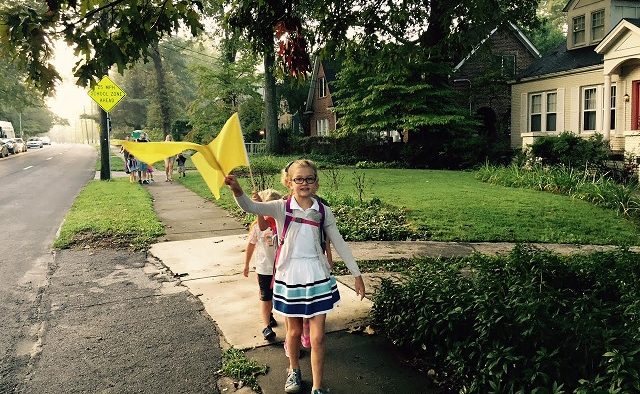 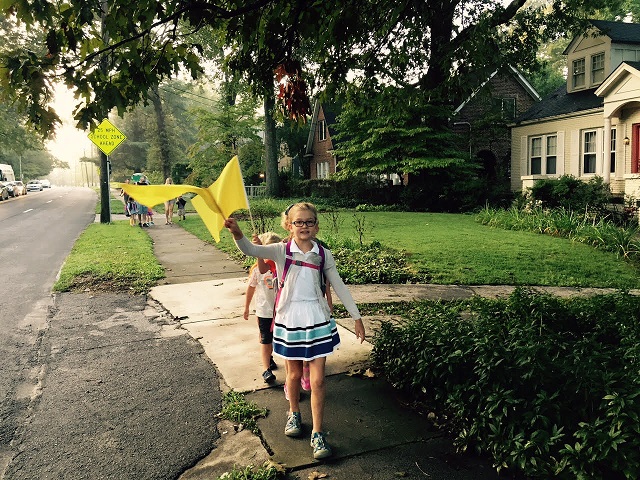 There will soon be a safety upgrade to the busy road in front of Westchester Elementary School.

The city has received a grant from the state Transportation Department to install a HAWK signal across Scott Boulevard in front of the school.

“The project includes the installation of a HAWK signal, a visible crosswalk across Scott Boulevard, and accessible curb ramps on either side,” City Project Manager Courtney Frisch said. “During the concept and design phases, the City will also explore the possibility of a pedestrian refuge island. [The Georgia Department of Transportation] has committed to providing up to 70 percent of the construction costs to be funded during [the Transportation Department’s 2018 Fiscal Year].”

HAWK is short for High Intensity Activated Crosswalk. The signal will be pedestrian activated. Here’s a video of a HAWK signal in action:

“The HAWK signal will expand the school’s Safe Routes to Schools program, enabling a safer, more direct crossing  to and from Westchester Elementary,” Frisch said. “The project will also result in greater connectivity of neighborhoods on either side of Scott Boulevard and support the City’s Bike Friendly and Walk Friendly Community designations.”

It will be welcome news to parents at the school. Traffic along Scott Boulevard has been a running concern for Westchester Elementary parents almost from the time the school reopened in 2014.

Parents rallied and got the School Board to support additional safety improvements, like reducing the speed limit along the busy road and improving crosswalks and traffic signals. There’s now a trail linking City Schools of Decatur-owned property on Westchester Drive to the school so children don’t have to walk along Scott Boulevard.