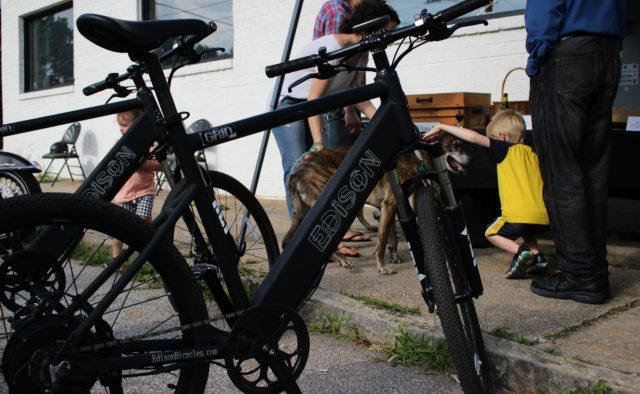 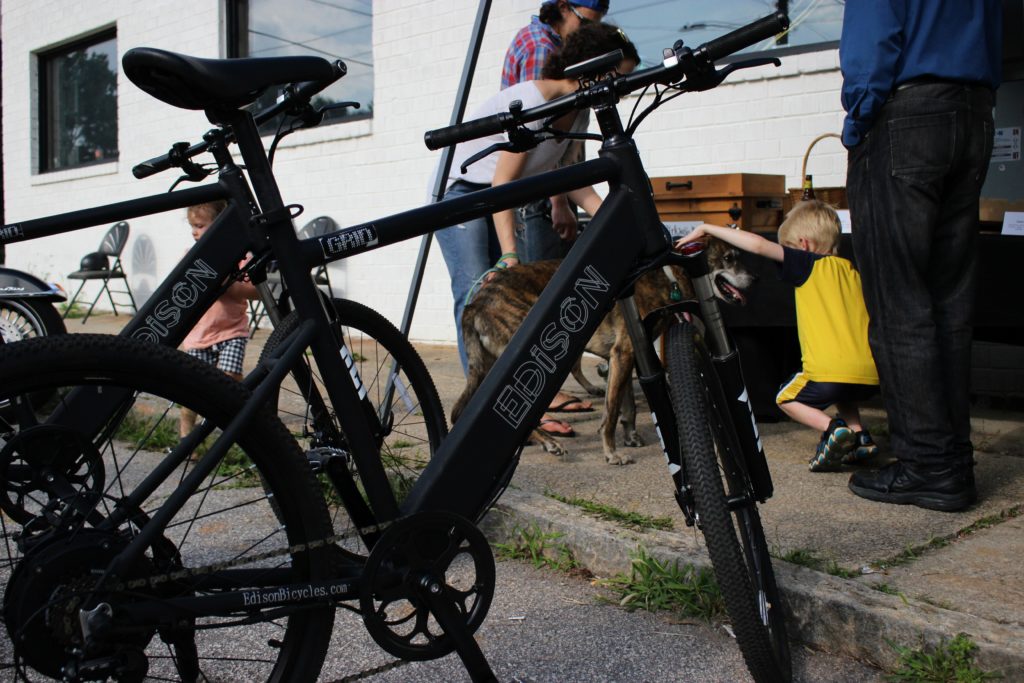 Ryan Hersh just opened the Edison Electric Bike Company in Kirkwood, but his love of bikes and transportation goes way back.

“I pretty much grew up on two wheels,” he said. “Road bikes, dirt bikes, everything. I grew up here in Atlanta, too, and I absolutely love the city.”

Edison Electric Bike Company is the only local shop that assembles its electric bikes from ground up, in-house, according to the website.

Hersh came up with the idea for his electric bicycles after trying one for the first time. His commute was just 4 miles, but it would take him over an hour to get to work. Using a standard bike, it only took 22 minutes.

“Biking to work would always make me work up a sweat and mess up my clothes,” he said.

So, he tried an electric bike from a local shop, which he said cut his time to 12 minutes. He loved it, but it cost $5,000 – “not a price that’s feasible for anyone,” he said. Instead, he decided to make his own that was sleek, but still cost under $2,000. Now, his bikes go for as little as $1900, making them accessible to more customers.

“These aren’t for the man who will park the bike next to their Tesla, but for the guy who is working in Kirkwood and needs an efficient way to get around without traffic,” Hersh said.

When Hersh began making his bikes, he used his living room as a bicycle parts and assembly shop and began attaching battery packs and motors onto a “myriad of standard bicycle frames,” his website says. He perfected all the details, from the bead pattern of the frame weld and the gauge of the wheel spokes, to even the brake pad material.

Now, he gets help from his friends and family to make the bikes. The first bike he made took almost six months, he said, “but now it’s under two hours.”

Taking inspiration from the iPhone, Hersh focuses on keeping his product minimal.

“With iPhones, you don’t have anything unnecessary just dangling around,” Hersh said. “It’s a beautiful product and it has everything packed inside of it. That’s what I wanted to do with my bikes.”

The bikes also follow the iPhone’s modern color palette, with bikes available mostly in black and white with Edison’s simple lightning bolt logo on the side. Hersh also eventually found a way to integrate the battery into the body of the bike, eliminating the bulky look.

In addition to looking nice, the bikes are also easy to use, making it an experience for everyone.

“Electric bikes are essentially biking without the hassle,” Hersh said. “As everyone knows, Atlanta isn’t very flat, so electric bikes fix the hurdle and allow people of all abilities to enjoy their commute.”

The idea of a nicer commute is at the forefront of Hersh’s philosophy. He said he wants his company “to be about transportation, not about biking.”

“I was hesitant to even put the word ‘bike’ in the name,” he said. “It’s about the experience overall and transportation as a whole.”

Hersh is certainly not alone in his love of bikes.

“There’s been huge population increase, but we also have a huge increase in bike and pedestrian culture, so this is not something small,” he said.

One of Hersh’s goals is to tackle Atlanta’s infamous traffic.

“Every day, Atlanta sees something around 2.2 million commuters with an average commute time of an hour,” he said. “I mean, that kind of crazy traffic is the reason I and so many others bike to work in the first place. If we’re going to be biking, we might as well improve the experience through electric bicycles. Then, more people will enjoy biking, and there will be less traffic around the city.”

Atlanta City Councilmember Natalyn Archibong supports Hersh in his goal. She joined him for the grand opening of his Kirkwood location.

“I am proud to have such a sustainable product assembled in the heart of Kirkwood,” Archibong said in a press release. “As our city, and the world for that matter, grows increasingly conscious of our environment and the impact fossil fuels, it’s nice to have a way of getting around our communities in a way that produces no gas emissions. Electric bicycles allow riders who might not normally ride because of hills, distance or physical ability to get around with relative ease.”

Hersh hopes to help people will fall in love with electric bikes. He encourages everyone he knows to try one out.

“I had a friend who tried a bike tell me that once you ride it, you just get it,” he said. “You get it mentally, that there’s a problem with traffic and emissions and more, but you also get the experience and then you get the bike.”

According to Hersh, 80 percent of people who test out a bike automatically go and buy it. If you want to give one a try, check out one of Edison’s two locations or visit the website.