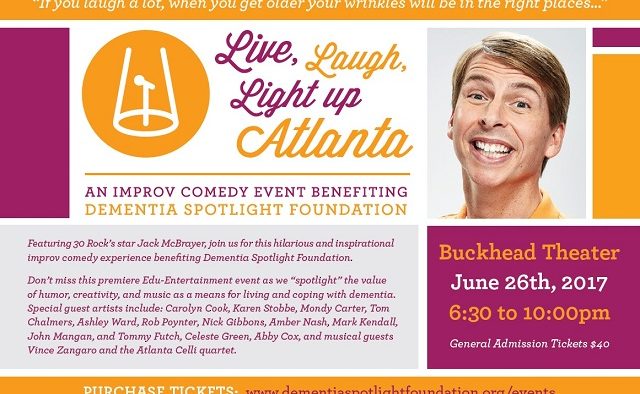 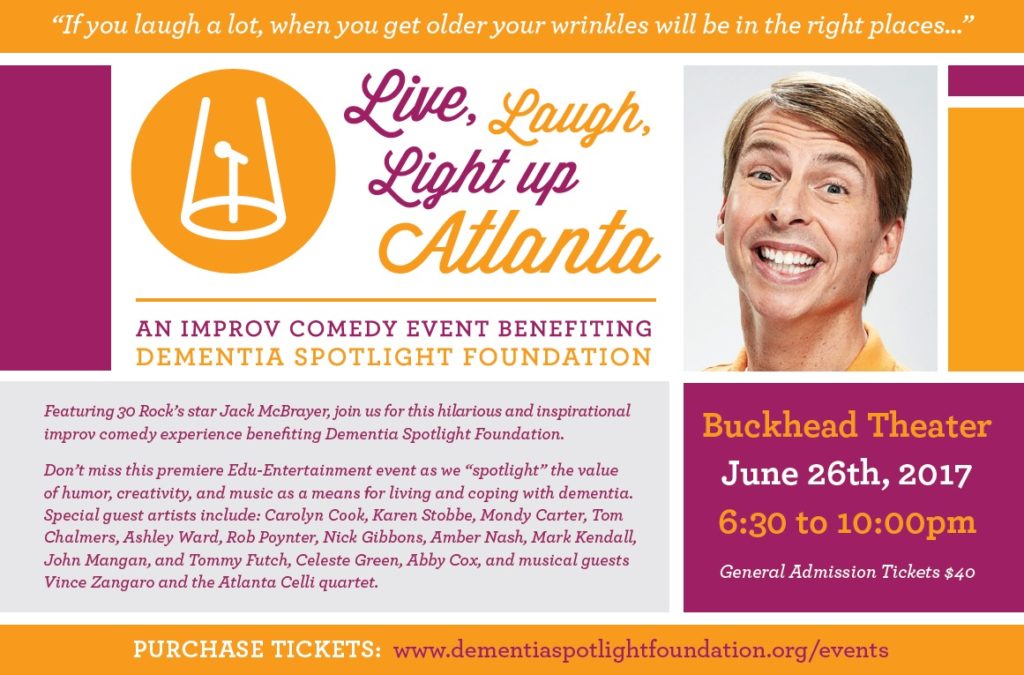 The Dementia Spotlight Foundation is hosting an “edu-entertainment” event “Light Up Atlanta” staring Jack McBrayer of “30 Rock” at the Buckhead Theatre on Monday, June 26.

Doors open at 6:30 p.m. and the theater is located at 3110 Roswell Road. Tickets cost $40 and can be purchased by clicking here. The foundation has also provided four free tickets for Decaturish subscribers. To become a subscriber for as little as $3 a month, click here. Our subscribers keep the news free for everyone.

McBrayer hails from Conyers, GA, and has performed sketch and improv comedy at Chicago’s Second City Theatre. He’s best known for playing Kenneth the Page on NBC’s “30 Rock” for seven seasons.  He has also appeared in “Forgetting Sarah Marshall”, “Despicable Me”, and “Wreck It Ralph.” He will be appearing with Karen Stobbe, Mondy Carter and Tom Chalmers from Ashville, N.C.’s “Reasonably Priced Babies.”

A press release for the event says, “In 2016 Karen and Mondy were featured in a TEDMED sharing the use of improv fundamentals for caregiving. Karen was working as an actress, writer instructor and theater improviser when her father was diagnosed with Alzheimer’s disease. Being with her father in the days leading to his death, Karen was struck by the surprising similarities between improvisational acting and care giving for persons with dementia. Combining both worlds, Karen created a workshop and training guide for dementia caregivers based on the rules of improvisation.”

McBrayer will lead an interview and the second act will be a long-form improv performance.