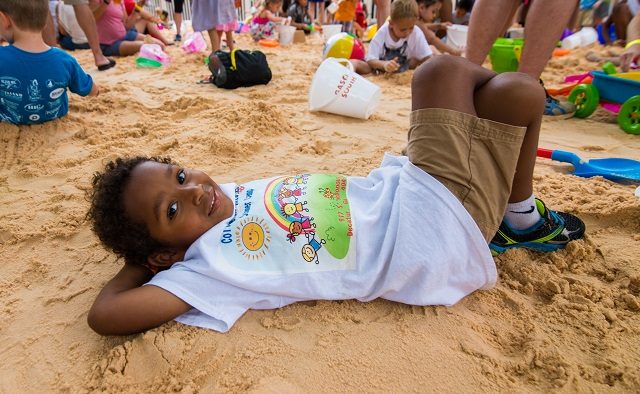 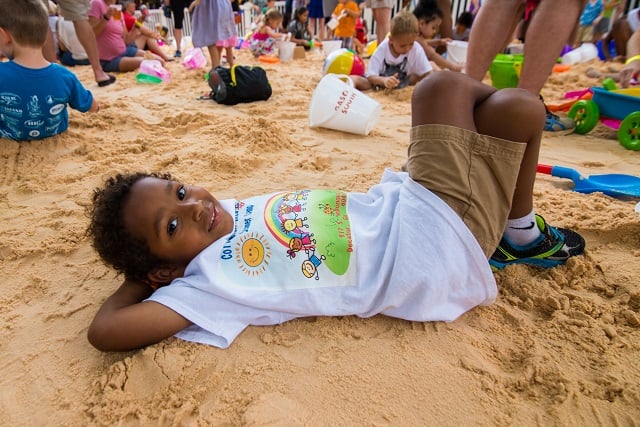 Aaron relaxes on the beach. File photo by Steve Eberhardt

Get out your flip-flops, sunscreen and towel for a beach vacation that’s right at home. On June 16, the annual Decatur Beach Party will make its return, this time with the new name “Summer in the City: Where Beach Meets the Streets.”

Hosted by the Decatur Business Association, this year’s event will feature several changes, including its new name and free admission.

“Traditionally, the Decatur Beach Party, as the Decatur Business Association’s annual fundraiser, was a ticketed and gated event,” the DBA said in a press release. “This year, thanks to our sponsors, the gates are gone, entrance is free, and the program has expanded to include more performances and activities.”

In the past, the Beach Party has brought in outside food and drink vendors and fenced off the celebration from local restaurants and stores. Now, businesses on the Square will be able to participate. The DBA hopes the unprecedented change will encourage attendees to support local businesses instead of buying a ticket and patronizing outside vendors.

“This year, the fences come down,” Kyle Williams, DBA president, said. “Now, you can enjoy a great street festival and music concerts while walking through the Square for a pint or a meal at any of our great restaurants or to stop and shop at any of our diverse retail shops.”

According to Williams, the DBA has worked to gain members and business sponsorships to help offset the festival costs in order to make the summer festival free.

Despite some of the new twists, the Beach Party will keep its classic beachy feel and maintain several of its traditions.

“There will still be plenty from years past that made the Beach Party great,” Williams said.

Among these features are 60 tons of sands, kids activities, a rock climbing wall and a band. There will also be a beer garden to celebrate the Brickstore Pub’s 20th anniversary and Three Taverns Brewery as the “exclusive festival beer,” according to Williams.

The band Bogey and the Viceroy will perform live from a stage on the MARTA plaza beginning at 8 p.m, Williams said. Consisting of New Orleans native Bogey Thornton and the troubadours of The Viceroy, the eight-piece band performs classic soul from every era, as well as current rock and pop music.

Other performers include the Apu Inka Peruvian Band and the MBond Afrika African Dance Group. There will also be stilt walking, fire twirling, sidewalk chalk art, and more. DJ Quasi Mandisco will perform as well.

While there is no cost to attend, there may be some charges for a few of the activities such as the rock climbing wall and souvenirs such as light wands.

“We’re extremely excited for this year’s event,” Williams said. “We hope the community will come out and join us.”

The event will take place Friday, June 16 from 5-11 p.m. Visit the DBA website for more information.