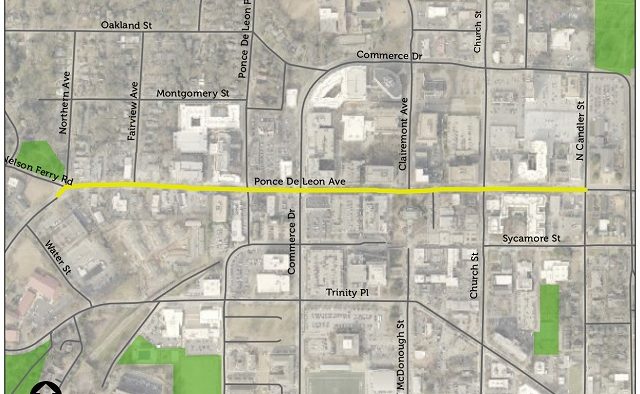 The city says striping will be “refreshed” on Ponce de Leon Avenue between Nelson Ferry Road and North Candler Street will be ongoing  and may last through July 3.

Striping started on June 24, according to an announcement from the city.

“Two-way vehicle traffic will generally be maintained during the work, though flagman/directional efforts may cause minor delays. In many cases, Commerce Drive can provide an alternate route from one side of the city to the other,” the announcement from the city says.

The city provided this map of the work area. 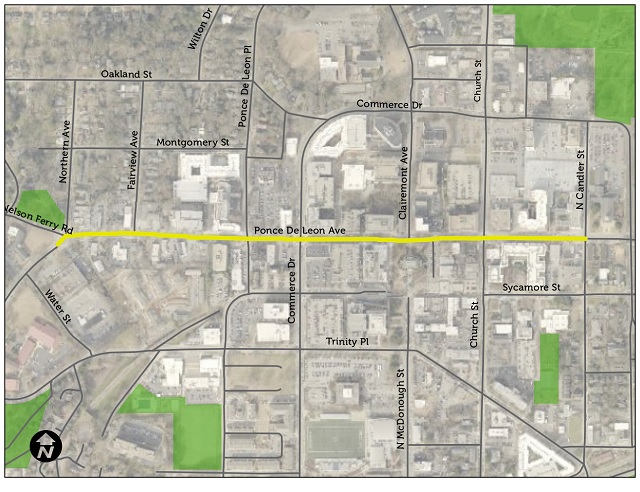