If you enjoy boiling water, you’re in luck.

The city of Atlanta has confirmed the boil water advisory issued the morning of July 6 will be in effect until tests indicate that it is no longer necessary.

“Early this morning, the Department of Watershed Management experienced a power interruption to a pump station at the Hemphill Water Treatment Plant,” Mayor Kasim Reed said in a press release. “As a result, portions of the water system served by this plant experienced a water outage or low water pressure. Although the operation of the pumps was quickly restored and system pressures returned to normal, the City issued a Boil Water Advisory out of an abundance of caution and in case of any impacts to water quality. The City has conducted water quality testing and expects to receive results within the next 24 hours. The Boil Water Advisory will remain in effect until the City receives approval to lift the advisory from the Georgia Environmental Protection Division.”

To see a map of the affected areas, click here.

The city is advising all affected residents and property owners to boil all water prior to use, or to use bottled water. This applies to cooking, drinking, preparing baby food or brushing teeth.

“The water should be boiled for one minute past a rolling boil,” the advisory says. “Infants, the elderly and those with immune deficiencies should be particularly cautious.  Do not drink water from public water fountains in the impacted area.” 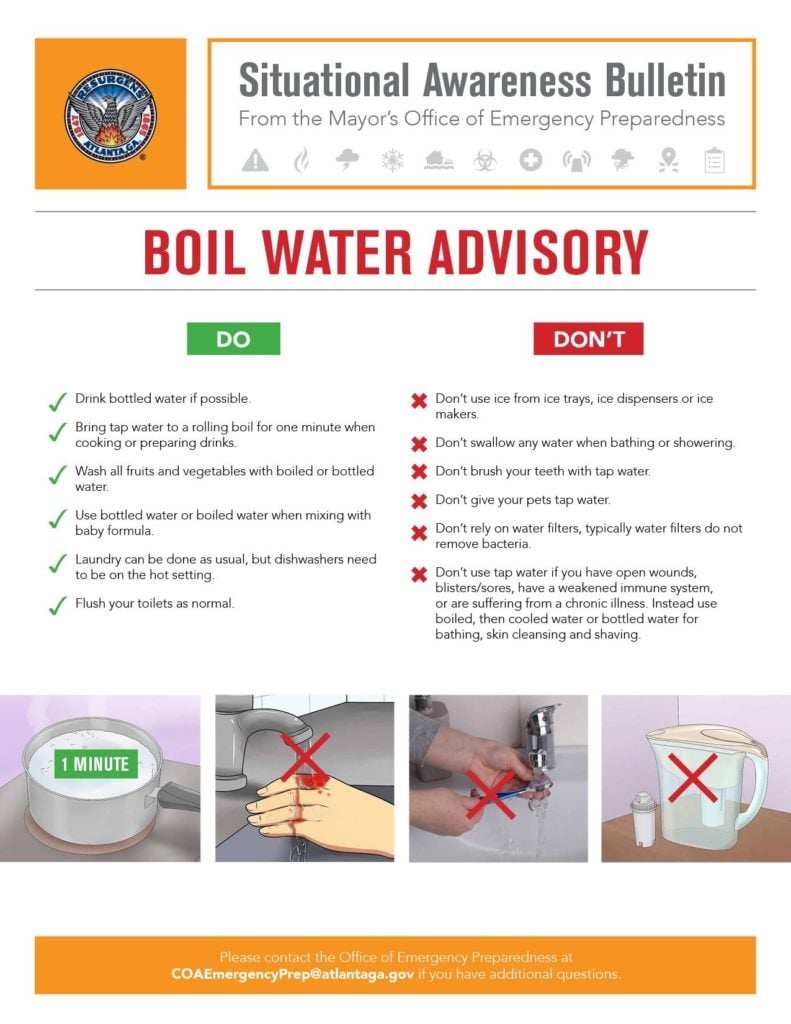