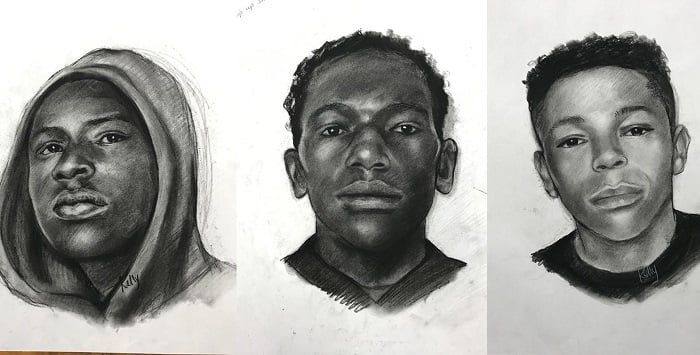 Decatur Police responded to a report of an armed robbery on June 24 at 6 p.m.

The victim said he was walking southbound on Swanton Way when a black Dodge Dart with tinted windows passed him. The vehicle turned around and pulled up beside him. According to Decatur Police, the front passenger exited the vehicle, pointed a Glock handgun at the victim and said, “Give me your iPhone.”

On July 1, police released forensic sketches of the suspects.

The suspects were described as:

The Police Department said, “If you recognize these suspects or have any information about the incident, please contact Investigator Melvin at [email protected] or 678/553-6664 or you can call Crime Stoppers at 404/577-TIPS(8477) and remain anonymous.”