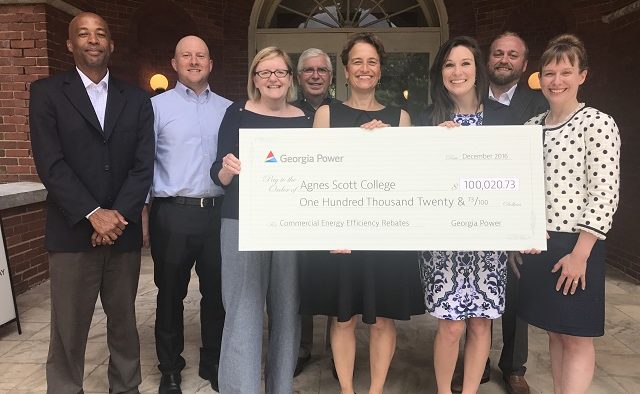 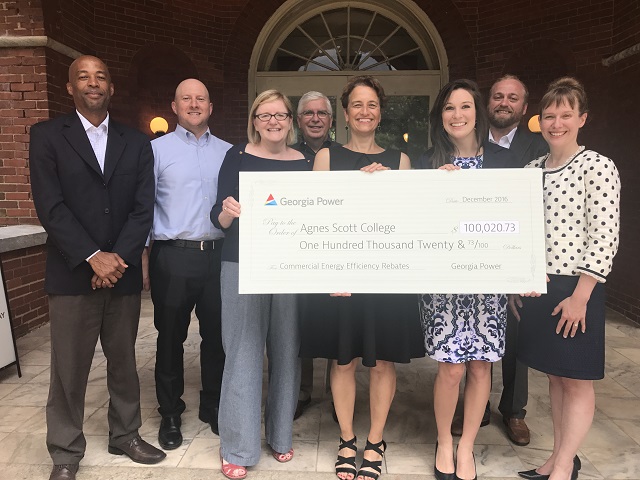 The school has updated lighting in more than 15 facilities on the campus and replaced chillers that serve a large portion of the campus, among other improvements. Now, Georgia Power estimates that Agnes Scott College may be able to reduce total energy use by more than 2,000 megawatt-hours annually.

Georgia Power gave the rebate check as a part its Commercial Energy Efficiency program, which has awarded more than $44 million in rebates since it began in 2011. According to the Georgia Power website, the program includes educational resources, rebates and incentives available to all commercial customers such as school systems, universities, hospitals and museums.