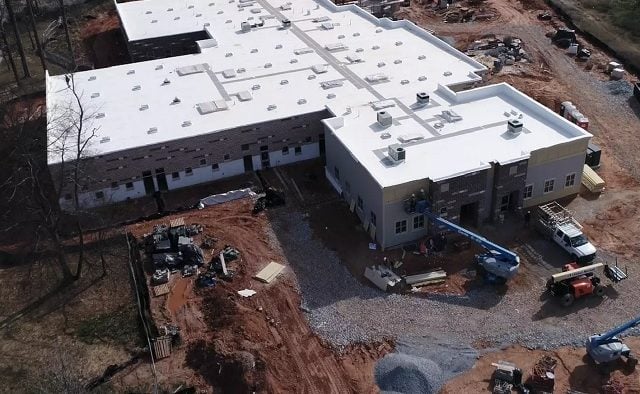 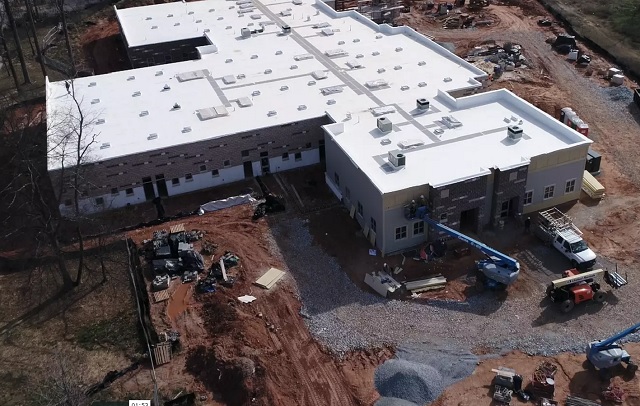 Screenshot of the new shelter under construction obtained via Atlanta Drone Group.

There’s a new home for stray cats and dogs in DeKalb County.

“The facility also features a 1,300-square-foot clinic that includes a surgery prep and surgery room, lab area, secure pharmacy storage and holding areas for animals scheduled for surgery,” a press release from the county says. “The clinic will provide spay-and-neuter services for animals adopted from the shelter.”

There are 12 adoption rooms and several play yards, the county says.

Construction began in March 2016. According to the LifeLine Animal Project, which manages the shelter, it will be 50 percent larger than the old facility on Camp Road in Decatur.

Here’s some aerial footage of the shelter taken while it was under construction. The contractor for the project is Reeves & Young Construction.