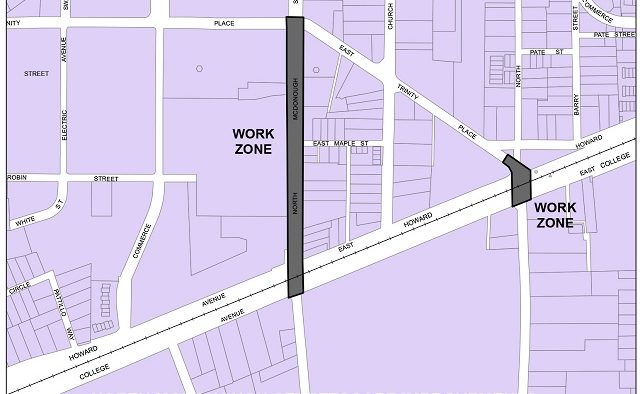 Get ready for more road work to come next week, Decatur.

North McDonough Street, along with the Candler Street and McDonough Street intersections at East Howard Avenue and College Avenue, will be milled starting Monday, July 17, according to the city.

Both of the roadwork projects have been going on for quite some time now, but will improve pedestrian and bicycle traffic. According to the project plans, the improvements include “reducing North McDonough Street to two vehicle lanes, providing for wider sidewalks, and installing a two-way ‘cycle track’ on the west side of the street, along with traditional streetscape improvements and on-street parking.” The project will also improve stormwater quality.

The railroad crossing project, which has been ongoing since early June, will add safety for pedestrians and bicyclists, encouraging those who live south of Decatur’s train tracks to walk and bike into downtown Decatur, the website says. Among the upgrades are new traffic signals and more pedestrian crosswalks.

North McDonough and the two intersections will remain open to two-way vehicle traffic, but there will be temporary lane closures and minor delays during the work.

The city provided this map of the work area … 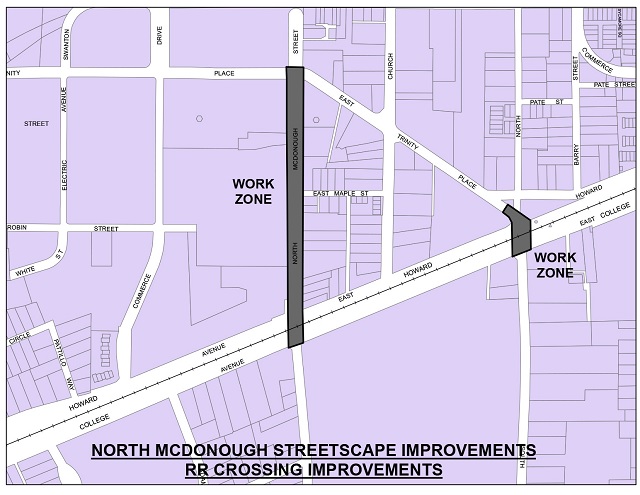