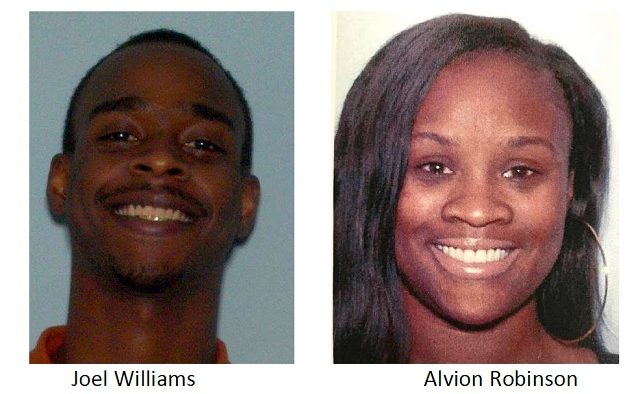 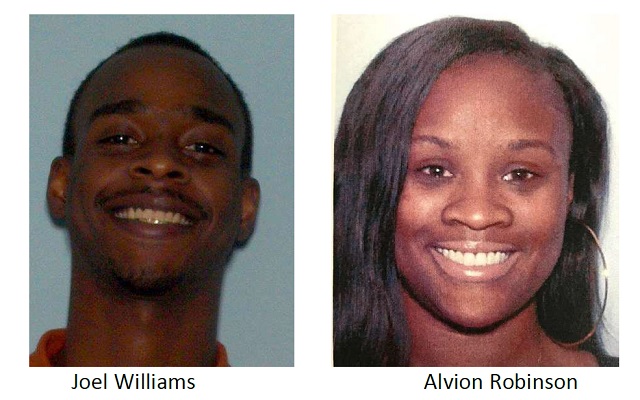 Two suspects in a fatal March 30 road rage shooting in Tucker have been arrested.

They are accused of being involved in the road rage shooting of Gerald Tisdale, 52. The incident occurred on Highway 78 on Mountain Industrial Boulevard in Tucker. According to police, Williams was the alleged shooter. He allegedly fired at Tisdale from a black Nissan Altima. Tisdale lost control and left the roadway, crashing into the wood line. He was transported to Grady Hospital where he later died.

Williams and Robinson are charged with murder and three counts of second degree cruelty to children because there were allegedly three small children in their car at the time of the shooting. They are awaiting extradition to Georgia from Louisiana.

There was another road rage shooting in Tucker recently, but the victim survived. Tara Moody is facing felony aggravated assault charges stemming from the July 11 incident. She allegedly shot a man after he poured liquid on her following a dispute in the Target parking lot.