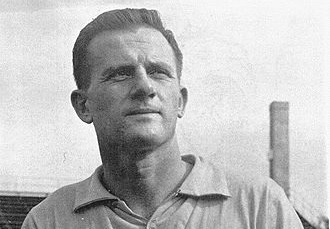 Frank Broyles, a former college football coach most known for his time coaching Arkansas, passed away on Aug. 14. He was 92.

Broyles graduated from Decatur High School in 1942. He was an assistant at Baylor, Florida.and Georgia Tech before becoming a head coach at Missouri. After that job, he coached at Arkansas from 1958 to 1976, where his record was 144-58-5.

“Decatur Boys High and  Decatur Girls High were separate schools,” Broyles said, according to KNWA-TV. “The gym was between us. All the boys would get down before school started and watch the pretty girls walk by. One day we all said, ‘Well who is this new girl?’ I got word who she was so I called her knowing that she had a date with Roy Brown. She cancelled the date with Roy Brown but I had no car and no gas. I finally found a friend who loaned me his car and we went to the FoxTheater on our first date.”

That girl was Barbara Day, and he married her while he was serving in the Navy.