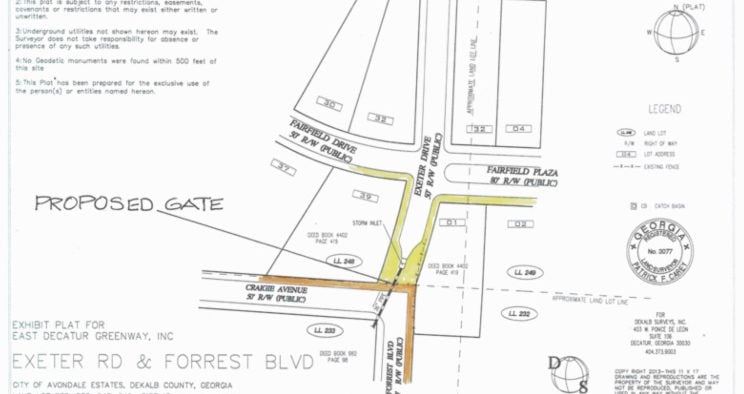 Photo obtained from the city of Avondale Estates
Share 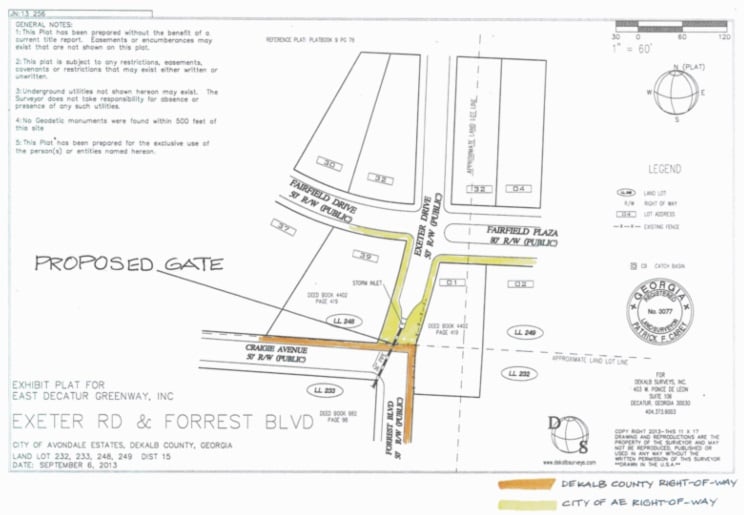 Photo obtained from the city of Avondale Estates

The city of Avondale Estates has decided against supporting creating a gate in a privacy fence that would allow easier access to the East Decatur Greenway trail.

The trail starts near the Friends School of Atlanta on Columbia Drive and runs along Kati Kerr Drive, eventually making its way toward the Avondale MARTA station. The proposed access point would’ve made it easier to reach this trail without having to walk along East College Avenue.

The gate would’ve been added where Exeter Road dead ends at Fairfield Plaza, allowing pedestrians and cyclists to enter and exit Avondale Estates city limits. There’s a privacy fence there now. The fence is on public right of way and was erected years ago for reasons unknown. One theory is the fence was intended to thwart criminal activity.

With the new access point, people could’ve accessed the trail via Craigie Avenue where it intersects with Arcadia Avenue.

But many residents in the city were adamantly opposed to the idea and the city commission decided against pursuing it.

“The board unanimously agreed it was not in the best interest of Avondale Estates,” Mayor Jonathan Elmore said. “Among the many reasons were safety and policing concerns, impact on adjacent property owners, neighborhood opposition, potential congestion and student crossing concerns with the Museum School, and required, costly modifications to an existing storm water inlet. The board also agreed we want to make Avondale a more open and connected community with our neighbors. We will continue to pursue and consider ways to achieve this goal.”