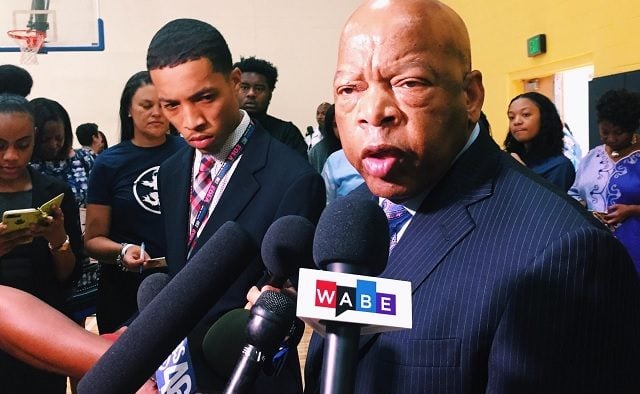 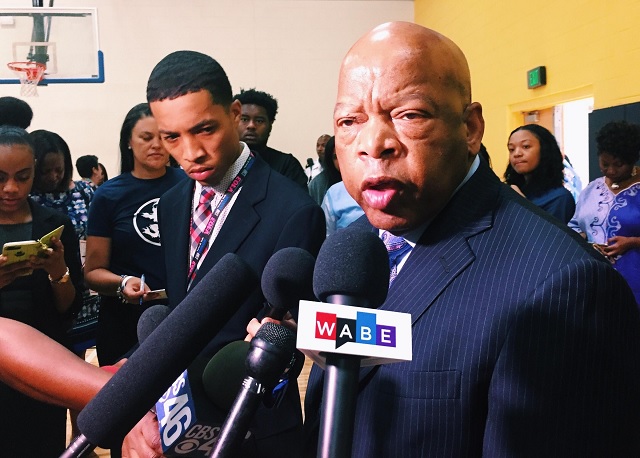 U.S. Rep. John Lewis, who represents Georgia’s 5th Congressional District, joined some Atlanta students Tuesday for the first day of school – at a school now named after him.