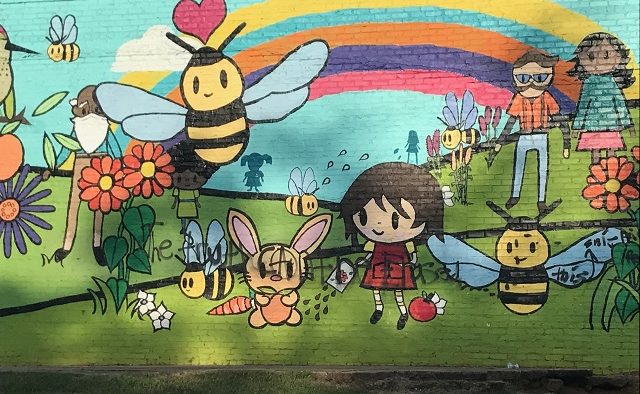 Someone just can’t let the Oakhurst bee mural be.

Decaturish contributor Duo-Wei Yang noticed it has been defiled again, with a new message. “The truth can’t be erased.” 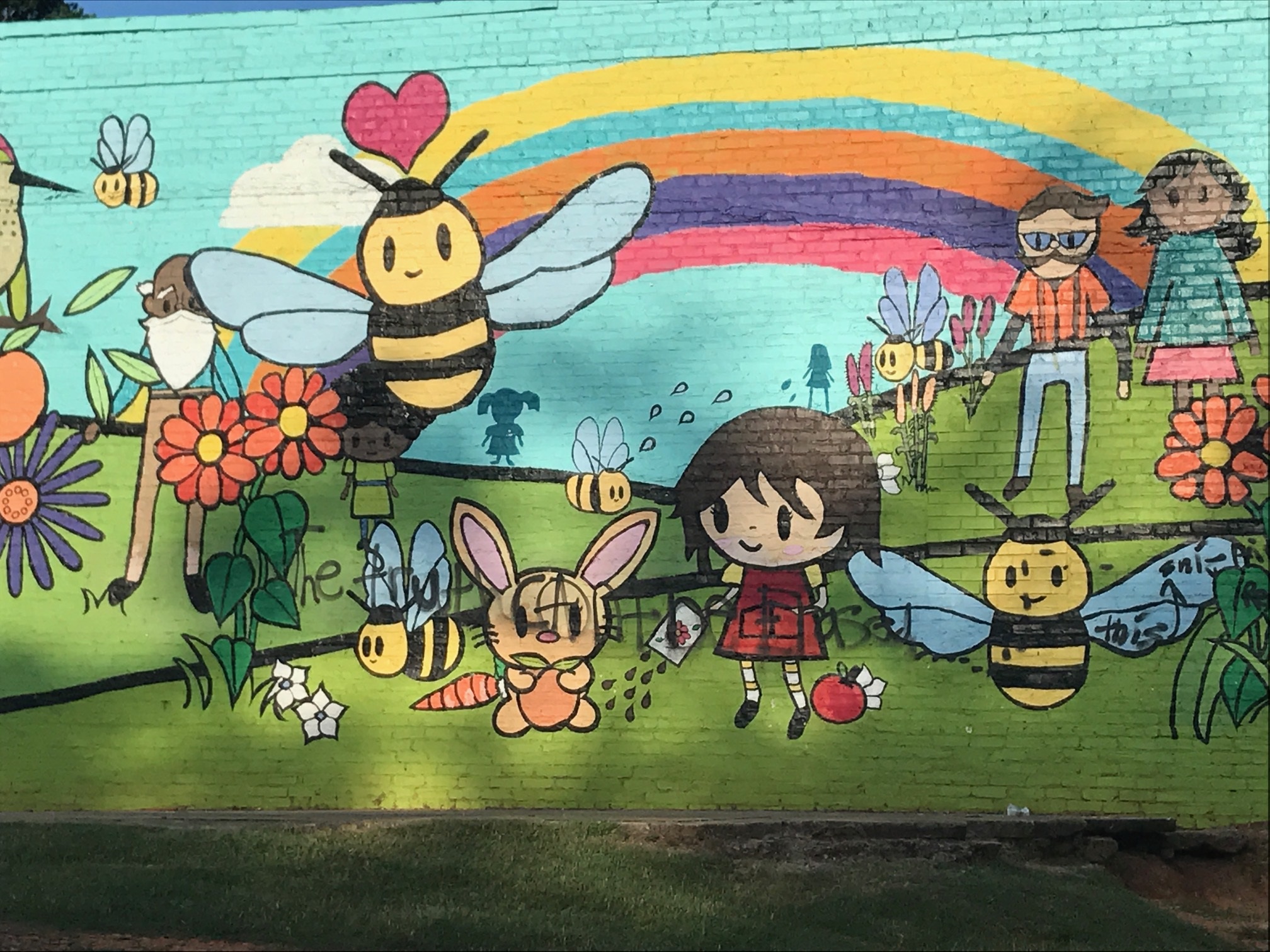 This is the second time this year someone has spray painted on the mural on the outside wall of a building that houses the Oakhurst Market and One Step at a Time shoe store. Back in June, someone wrote “Wake Up!” and “This Ain’t Real” on top of the happy pictures of people, flowers and bees. 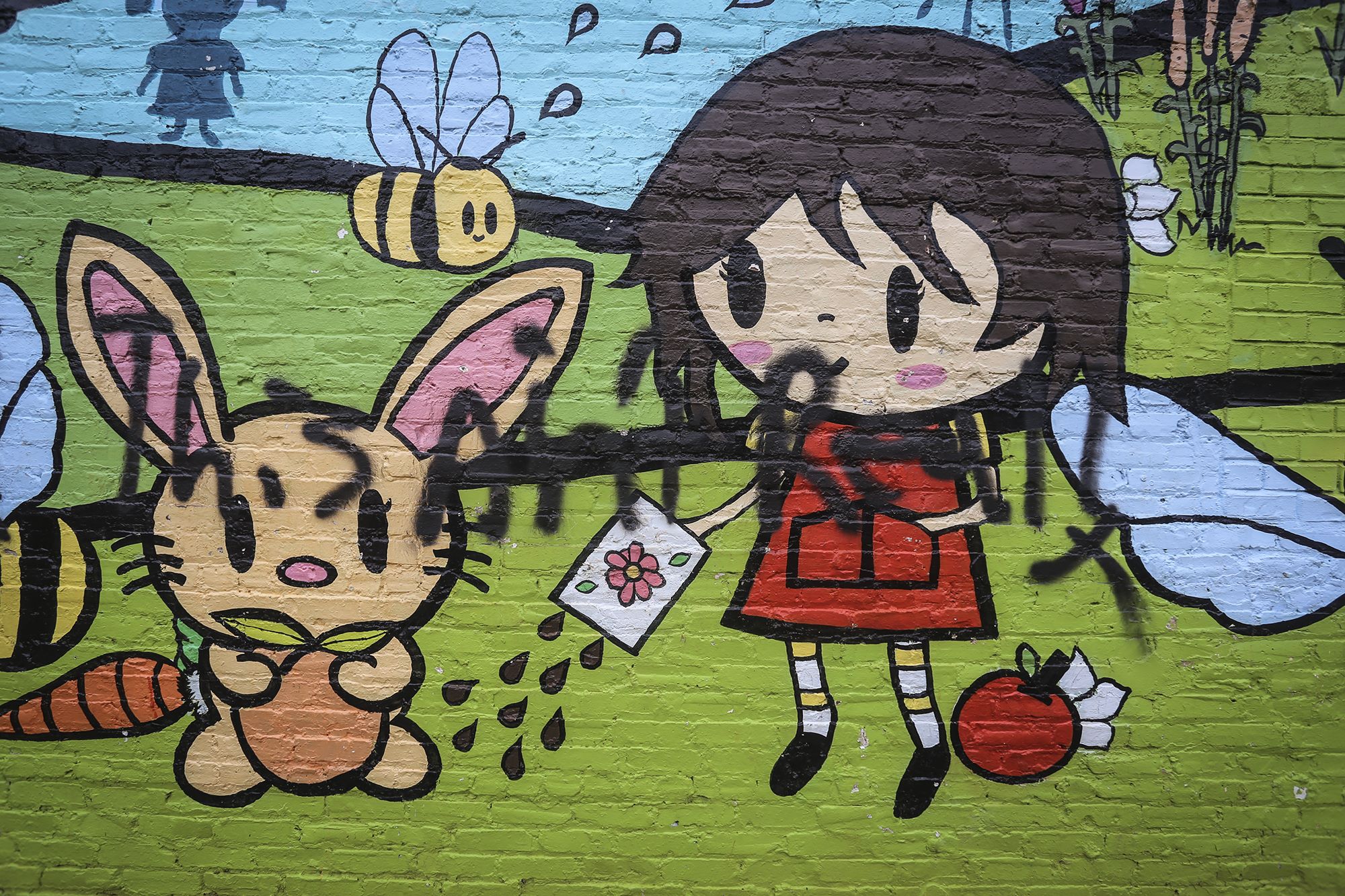 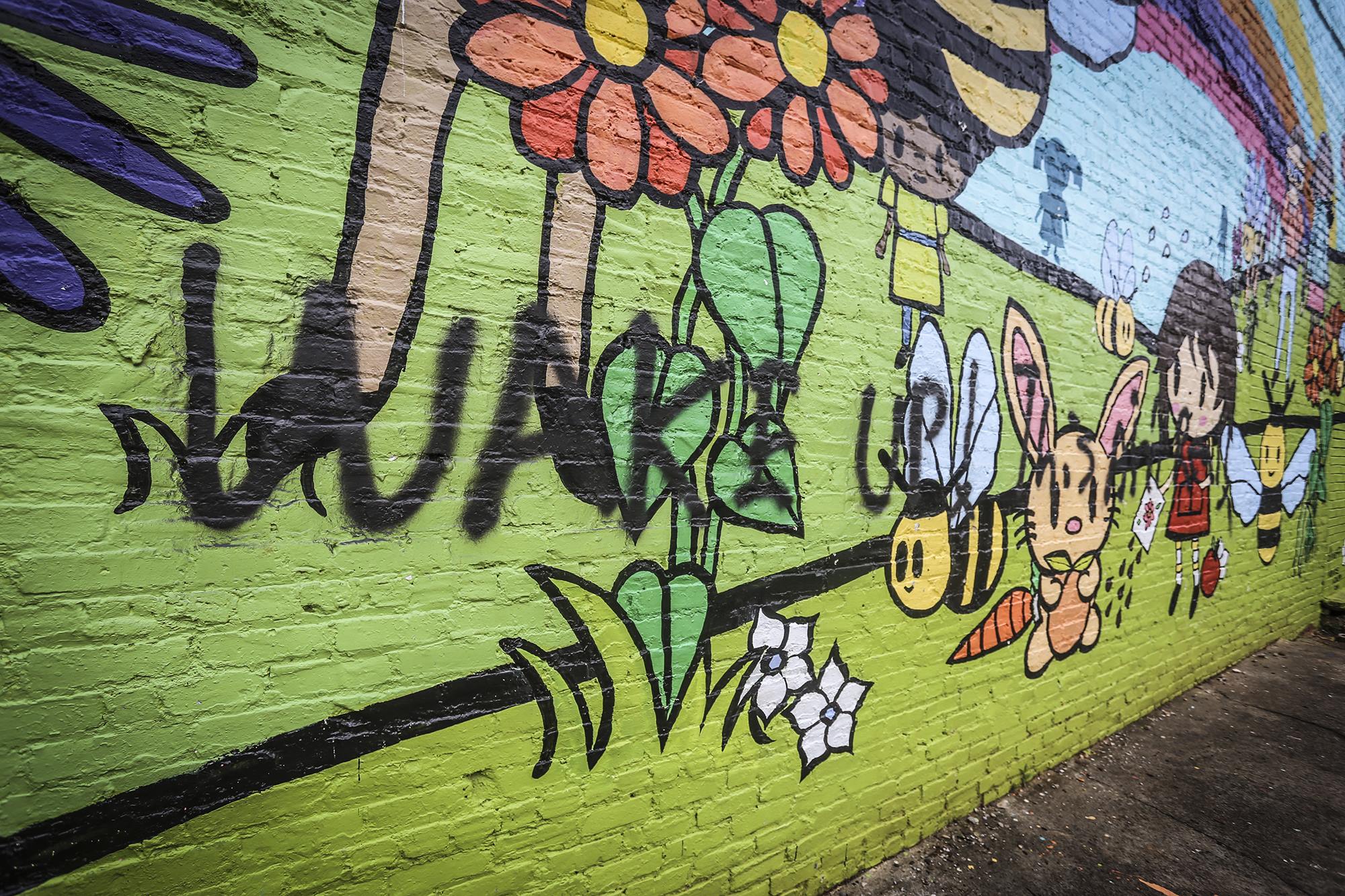 The mural was painted in February of 2016 and quickly became the target of stinging criticism because of the company behind it. The mural is part of Bayer’s “Feed a Bee” public service campaign.

The Feed a Bee Campaign is an initiative of the Bayer Bee Care Center in North Carolina, according to a spokesperson. The New York Times reported in 2013 that, “Bayer is one of the major producers of a type of pesticide that the European Union linked to the large-scale die-offs of honey bee populations in North America and Western Europe.” To read the full story, click here.

Bayer contends that the evidence doesn’t support claims that its products are killing bees.