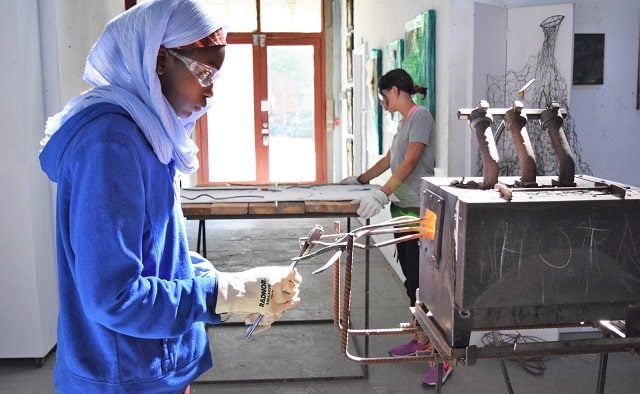 Corrina Sephora, an Atlanta Beltline artist and local metalsmith, has been collaborating with the Academe of the Oaks high school in Decatur for 13 years.

At Academe, Sephora has offered an art class to freshman students. The students come for three hours once a week to work with her and five mentors on a group project. She explained the philosophy of the project as “each individual creates a part, and then we bring all the parts together to make a whole.”

Sephora is the longtime owner of Corrina Sephora Studios in Atlanta. Sephora received her BFA in Sculpture and Metalsmithing from the Massachusetts College of Art in Boston in 1995.

Sephora attended a Waldorf school when she was younger, and has known since the third grade that she wanted to be an artist.

After learning some blacksmithing techniques from her dad at the young age of five years old, Sephora grew up comfortable with creating pieces using metal.

Sephora said, “I really liked working with my hands,” and quickly realized that bringing metal and art together was “very magical.” In high school, she worked with jewelry metalsmithing. 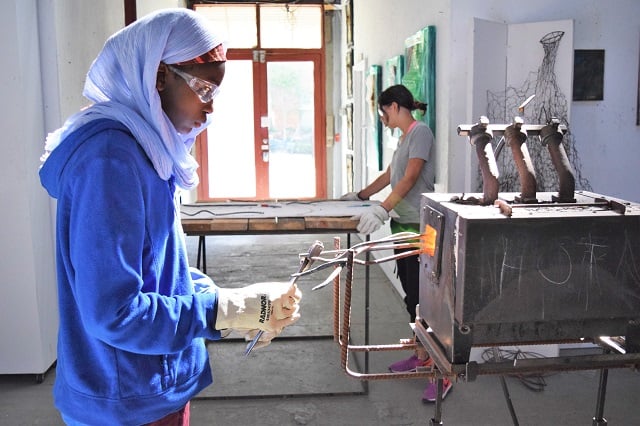 Photo provided by Academe of the Oaks

Two years ago, Sephora went to the wedding of a former student of hers who worked with her for about eight years. At his wedding, there were metal flowers that he’d made for the bridal and groom parties, reception decor, and to go on top of the cake.

In that moment, she said that she realized, “Wow, I really made an impression on this guy.”

For today’s students, Sephora values keeping art programs in school because she believes that “it’s an important developmental stage” and is “part of having a fulfilled society.”

This year at Academe, Sephora designed a six-week project for the students, where they will create oak leaves modeled after the Academe emblem.

In addition to her work with Academe, Sephora teaches metalsmithing to a variety of age groups at her studio and said that “there’s a never-ending supply of people wanting to work with metal.”

To learn more about her studio or to look into the classes she offers, check out her website at www.corrinasephora.com.