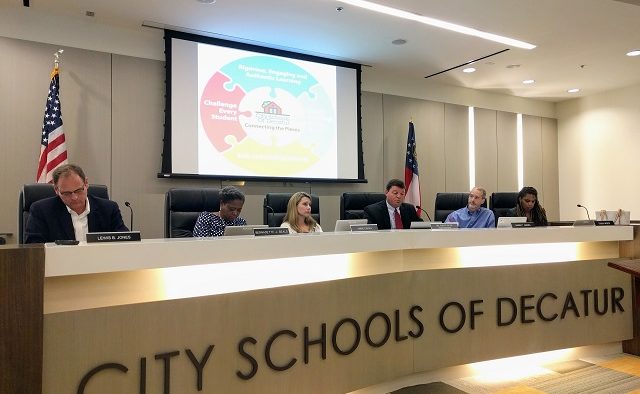 The Decatur School Board met on Aug. 8. Photo by Dan Whisenhunt
Share 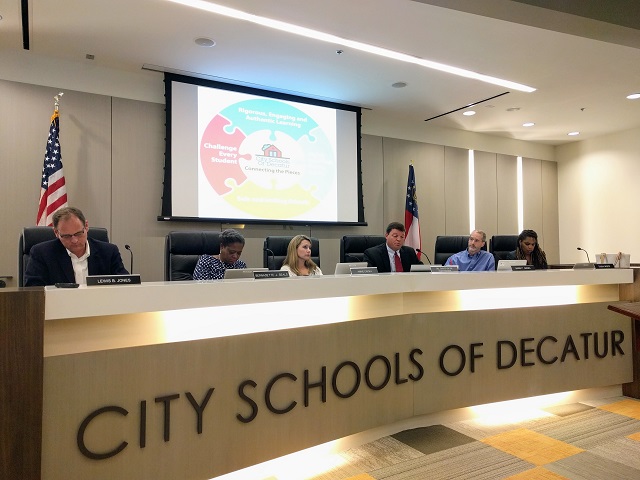 The Decatur School Board met on Aug. 8. Photo by Dan Whisenhunt

The Decatur School Board is due to receive a report next month about whether the school system is fully complying with federal discrimination law.

The report being produced by City Schools of Decatur staff is a response to an investigation by Decaturish.com into how the school system investigated a high school teacher accused of sexually harassing students.

School Board member Lewis Jones asked about the report at last week’s school board meeting.

“We just asked for a review of Title IX procedures in part to address the questions that were raised to find out where we stand,” Jones said.

The teacher, Jon Reese, resigned before he could be fired following a probe into his conduct. He has not been charged with any crime and is not currently the subject of a criminal investigation. He has denied allegations against him and says he was not treated fairly by school officials. The state Professional Standards Commission, which certifies teachers, is currently investigating the allegations as well.

Until now the student Title IX coordinator has also been the athletics director, which is not recommended under federal guidance because it could be a conflict of interest. CSD’s student grievance policy did not mention sexual misconduct and there’s no evidence students were made aware of their rights under Title IX. During the course of its investigation, CSD uncovered prior allegations of sexual harassment from 2000. The documentation of these allegations had been removed from Reese’s personnel file and no one has been able to explain how that happened. The experts pointed to the decision to keep Reese on the job in 2000 as evidence the school system failed to protect students from harassment. To read the full story, click here.

In addition, a City Schools of Decatur parent who also works for the U.S. Department of Education’s Office for Civil Rights has reached out to the school system to offer guidance, according to an email obtained via an open records request. The parent has been in communication with Superintendent David Dude, the record shows.

CSD has said it will take the following steps to bring the school system into compliance with federal law:

– Name Title IX coordinators at each school and provide training

– Develop communication protocols, so all students and staff know who the Title IX coordinators are and the process for sharing concerns