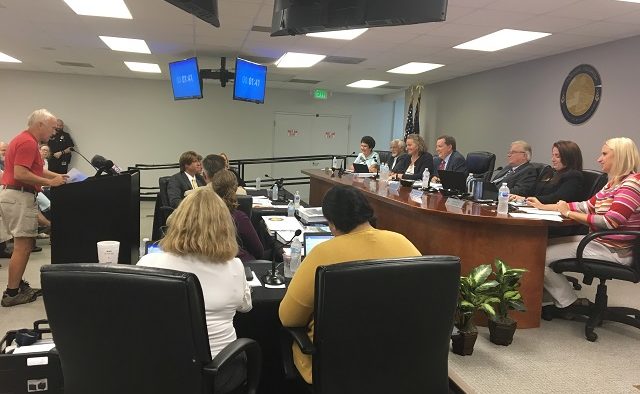 A resident from Tucker gives his opinion on why "The Rise" should be built to the Tucker City Council at Wednesday's meeting. Photo by Gabriel Owens
Share 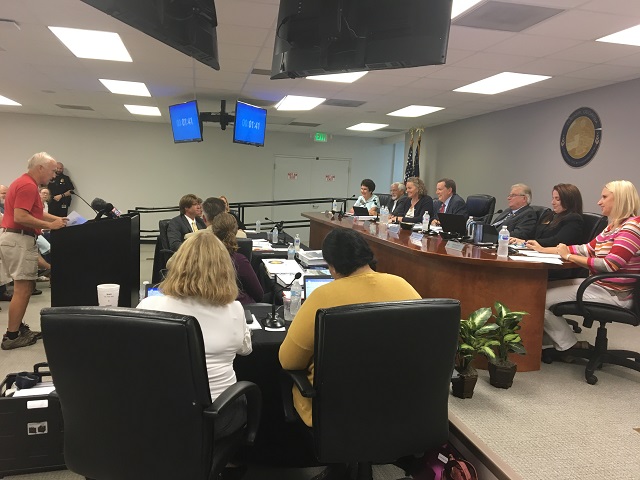 A resident from Tucker gives his opinion on why “The Rise” should be built to the Tucker City Council at Wednesday’s meeting. Photo by Gabriel Owens

The Tucker City Council on Wednesday voted 5-2 against changing the city’s zoning to allow the redevelopment of a closed Sears warehouse to move forward.

The developer of the project, Stephen Macauley, asked to withdraw his application for the “Rise” project, but city officials said the request to withdraw the proposal was never denied by the council.

“There was never a motion to deny it and never a vote to deny it. They just went on with the re-zoning vote,” a spokesperson for the city said.

Mayor Frank Auman and Councilmember Bill Rosenfeld voted for changing the city’s comprehensive plan to accommodate the project, but the remainder of the council voted against it.

The Rise was a proposed mixed use development that depended on the area being rezoned from industrial to neighborhood zoning. The Mayor and the City Council said they were not ready to support the changes at this time.

The council meeting was a grueling four and a half hour session with close to 150 Tucker residents watching from the City Council Annex Chambers and from a hallway just outside the room.  Residents both for and against the project made their public cases for the Rise to the council.

The “for” proponents were excited by the business and growth the Rise would bring in, while also connecting Tucker’s “Smoke Rise” section to the downtown area through the development.

The project’s opponents cited various issues, including zoning, a desire to make use of the area for green spaces, and said the Rise plan was not well thought out in the long term, saying there’s a lack of parking in the current plan.

Macauley Investments also made their case as well as answering a cross-examination from the council.

But in the end, it was all about zoning.

Although the Mayor and one other council member were strong proponents for changing the city’s comprehensive and zoning plans, the rest of the council wanted more time to decide on the fate of the Sears site, and the future of Tucker itself.

Macauley Investments attempted to withdraw their application when it became clear the area wouldn’t be rezoned, but the request was not considered.

The Rise plan is dead, for all intents and purposes, but if Macauley goes through with buying the property from Sears they have several “buy right” options to develop the area under the current zoning.  These include restaurants, car washes and liquor stores, among others.

Update: There have been conflicting reports about whether the developer’s request to withdraw was formally denied. The city spokesperson said there was no official motion or vote to deny the withdrawal.