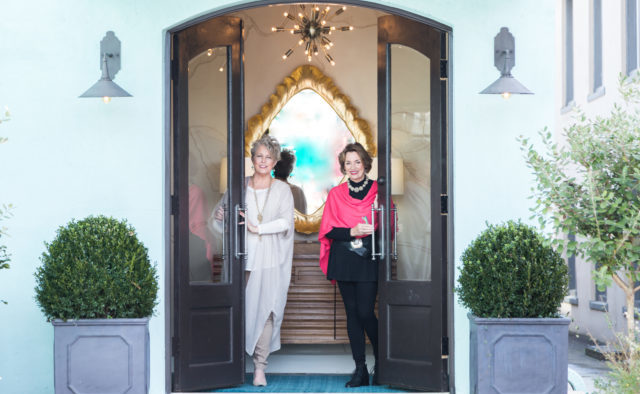 Here are some business news and notes from around Decatur and metro Atlanta. 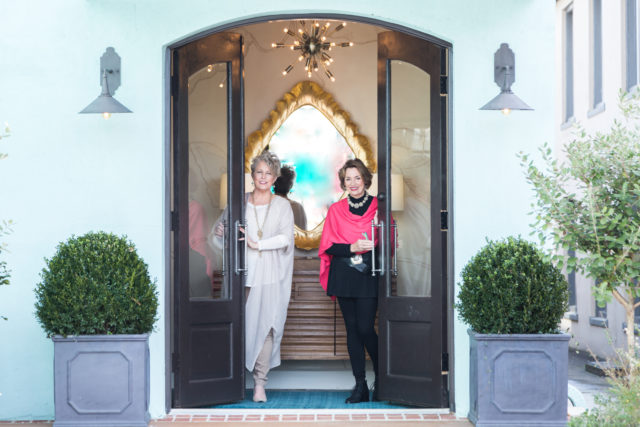 – Trinity Mercantile & Design is celebrating its five-year anniversary this month.

The store was opened in 2012 by interior designers Lisa Turner and Wallace Bryan. Turner lives in Decatur and Bryan lives in East Lake. The store offers furniture, lighting and accessories.

“Over the past 5 years, Trinity has grown from a small shop to the largest retail store in downtown Decatur,” the company said in a press release. “Trinity moved to its current location at 116 East Trinity Place in September 2015 and its most recent expansion showcases custom window treatments and rugs.”

This month there’s an anniversary sale and merchandise will be marked 25 to 75 percent off.

“David Damon, Liz Wall and Tedd Weitzman are showing photography that explores interpretations of space, both interior and exterior. This is in conjunction with Atlanta Celebrates Photography 2017,” the announcement says. “The show runs through November 1.”

– Resurgens Orthopaedics is welcoming a new Doctor to its Decatur location.

“Resurgens Orthopaedics, one of the nation’s largest and most specialized orthopaedic practices, welcomes Dr. Lattisha Bilbrew to its Decatur location,” the company announced. “With the addition of Dr. Bilbrew, Resurgens now employs 102 orthopaedic surgeons across its entire practice. Resurgens remains the largest practice of its kind in Georgia and ranks among the top 10 largest orthopaedic practices in the country according to ‘Becker’s Spine Review.'”

“Dr. Bilbrew received her medical degree from Morehouse School of Medicine in Atlanta, Ga. and completed her residency at the University of Texas Medical Branch in Galveston, Texas. She completed her Hand and Upper Extremity Fellowship at the University of Florida in Gainesville, Fla,” the company said. “Her areas of expertise are surgery of the hand and upper extremity; shoulder and elbow surgery; wrist arthroscopy; peripheral nerve surgery; and general orthopaedics. In addition to working in the Decatur office, Dr. Bilbrew practices at Resurgens’ Snellville location.”

– DeKalb Medical says it has become the first in metro Atlanta to offer nitrous oxide to women in labor.

“Nitrous oxide, frequently used in dentist’s offices, has been proven advantageous for pain relief during labor,” the hospital said. “DeKalb Medical is the first hospital in metro Atlanta and the second in Georgia to offer Nitrous Oxide. Northeast Georgia Medical Center became the first in August of 2016.”

According to the hospital, “Nitrous oxide takes the edge off a mother’s intense contractions during labor while maintaining the feel and awareness of natural child birth. It is also a good option for mothers who arrive too late to receive an epidural or those that cannot have an epidural because of other medical issues.”

The restaurant will officially open to the public on Sept. 24 and several dignitaries will be at the Sept. 23 ribbon cutting, including, “State Representative Karla Drenner; Rockdale County Clerk of the Courts, Ruth Wilson; and One Heart Church Pastor, Brother Gearl Spicer.”

“Janet’s Kitchen Atlanta is named in honor of owner, Nycole Sanders’ mother, who passed away in September 2016,” the company said in a press release. “For 40 years, Janet Armstead, had a catering company in the Atlanta area featuring soul food and her famous desserts. Her recipes are the inspiration for the restaurant, along with Filipino specialty dishes from Nycole’s husband, Lester Francisco, who grew up in Queens New York, and is originally from Manila, Philippines. Although Nycole is from Atlanta, she and Lester moved from New York to open Janet’s Kitchen Atlanta this year.”

The restaurant is located at 1359 Clairmont Rd. Regular business hours are:

Do you have business news? Email us at [email protected]