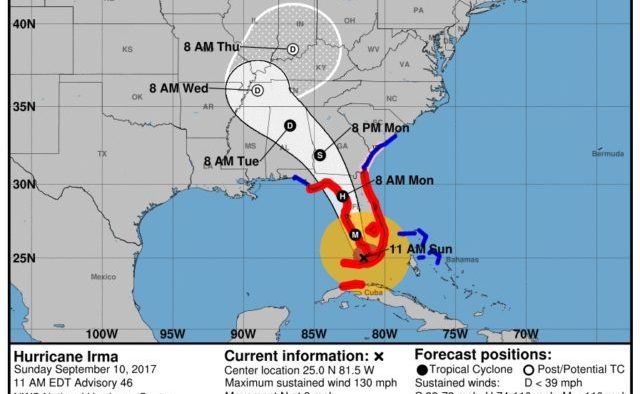 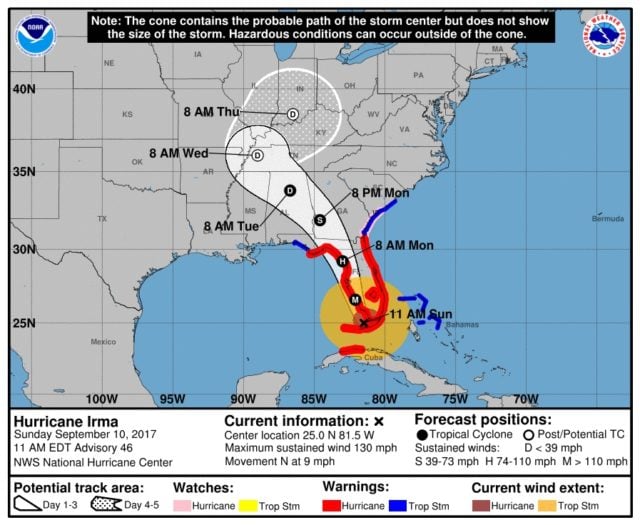 City Schools of Decatur, Atlanta Public Schools and DeKalb County Schools have cancelled classes for Monday as Georgia awaits the arrival of a tropical storm.

Hurricane Irma is currently working its way through Florida and is expected to hit Atlanta late Sunday and early Monday. The city of Atlanta and surrounding counties are now under a tropical storm warning.

Atlanta will assess the situation before cancelling on Tuesday.

“Atlanta Public Schools will be closed Monday,” he said. “The District will make a decision tomorrow about Tuesday after a review of downed trees and power outages.”

In a press release DeKalb County Schools said, “Out of an abundance of caution for the safety of its students and employees, the DeKalb County School District (DCSD) will close all schools and offices on Monday, Sept. 11, 2017, and Tuesday, Sept. 12, 2017, due to potential inclement weather caused by Hurricane Irma. DCSD employees are not to report to work. The Board of Education meeting scheduled for Monday, Sept. 11, is also cancelled.”

Emory University is also closed. The university published the following message on Facebook:

Emory University will be closed Monday, Sept. 11, due to severe weather conditions related to Hurricane Irma. Based on the current track of the storm; heavy rain, destructive winds, flash flooding, and tornadoes appear likely. This closing applies only to the University. Emory Healthcare employees should refer to the EHC intranet, www.ourehc.org, and emails from Emory Healthcare for information on operations and procedures. Make a plan now. Know where to seek shelter, know what to do during a weather emergency, stay weather aware.

On Sunday, Gov. Nathan Deal expanded the state of emergency to include all Georgia counties.