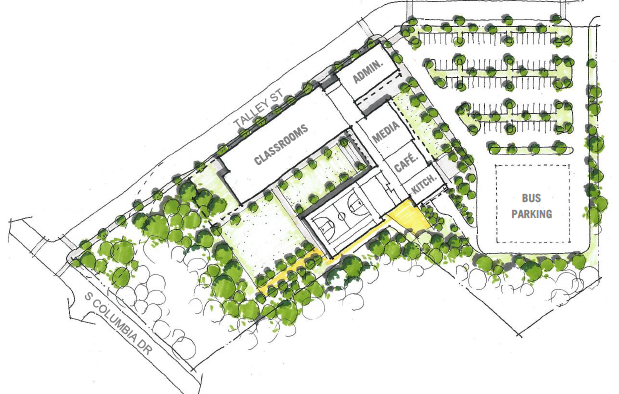 Decatur is famous for walkability. Its leaders have long understood that cities flourish when they reclaim public space from cars and devote it to walkable mixed-use developments. The city’s downtown core is recognized as a model for new urbanism, and city leaders are currently planning a number of exciting new projects beyond that core. The most notable is the East Decatur Station project, which aims to transform an underused area filled with parking lots and warehouses into a vibrant urban core, much in the way that the city’s current downtown was built around MARTA’s Decatur Station.

One of the most important projects in East Decatur Station is an elementary school. Decatur residents approved a $75 million referendum bond in November 2015 to help fund school construction, which is vital to expanding classroom space in an overloaded school system. The school district purchased six acres on Talley Street, a short walk from the new Avondale MARTA station development. It’s an excellent lot, filled with promise, partly wooded and partly filled with old buildings and warehouses. The district paid about $1.25 million per acre.

This is an exciting opportunity, and recently, the school district has released the initial design options. There are three of them, and unfortunately, they all devote as much space to parking as to the school buildings themselves. Approximately one third of the site would be used to store cars, with another third for the school, and the last third for a small park: 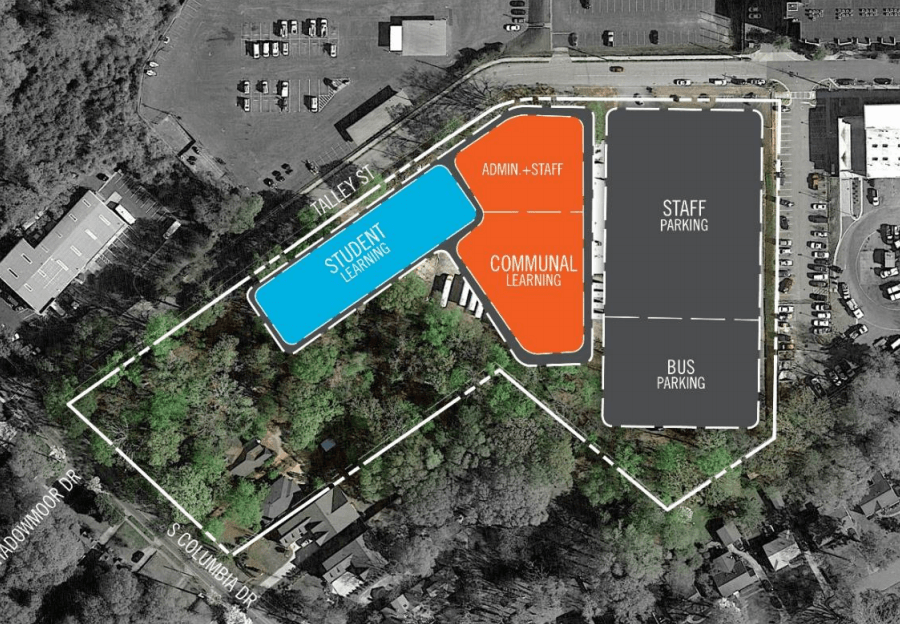 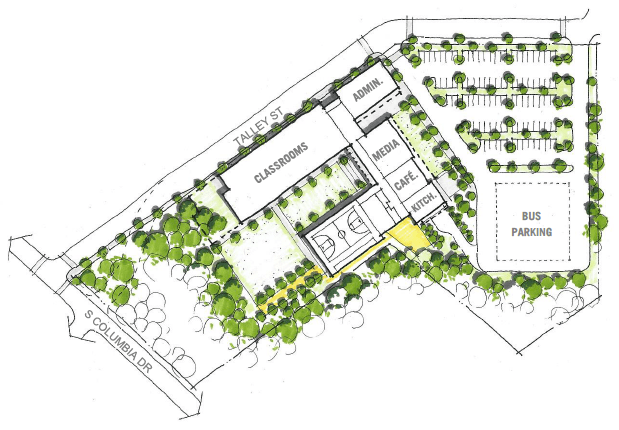 By comparison, Decatur’s other schools, such as its beloved Oakhurst, Winnona Park, and Clairemont Elementary schools, devote far less space to parking (shown in yellow) and far more space to playgrounds and green space. 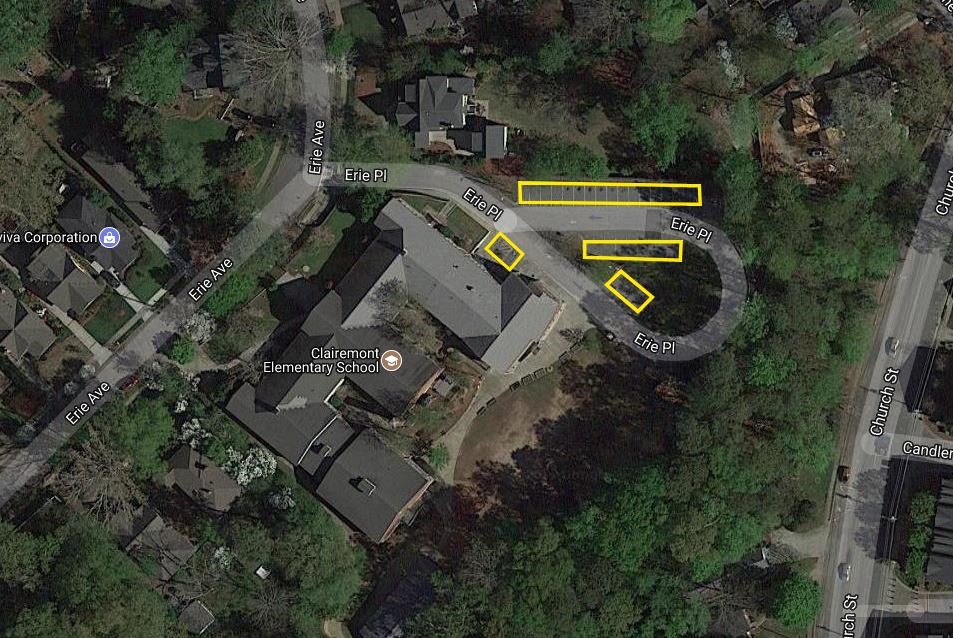 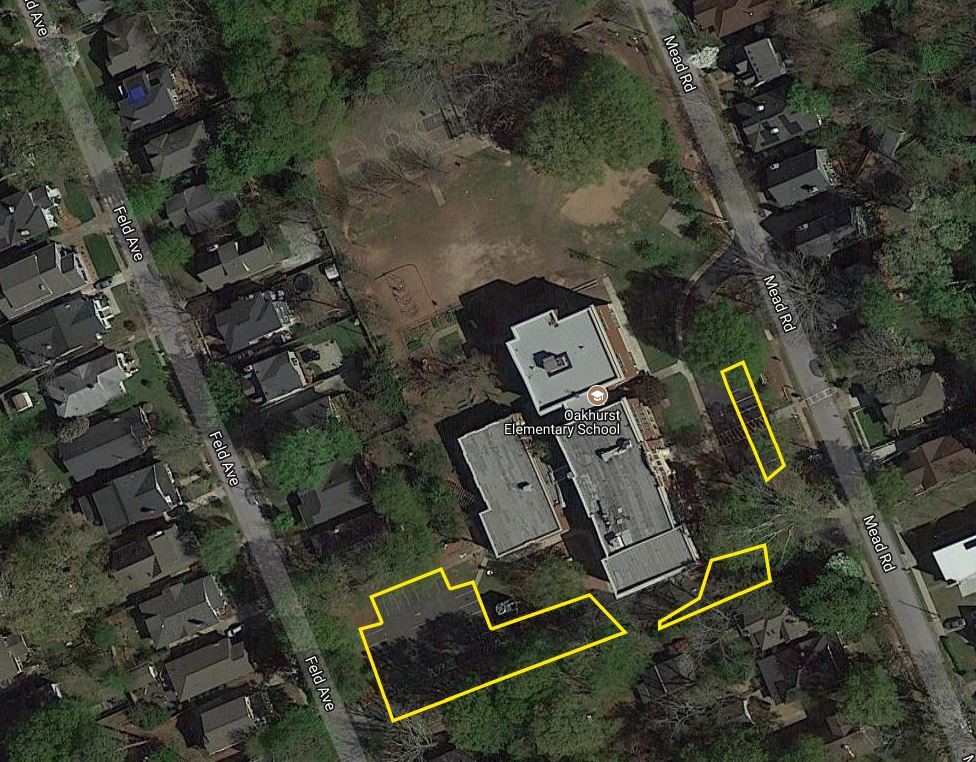 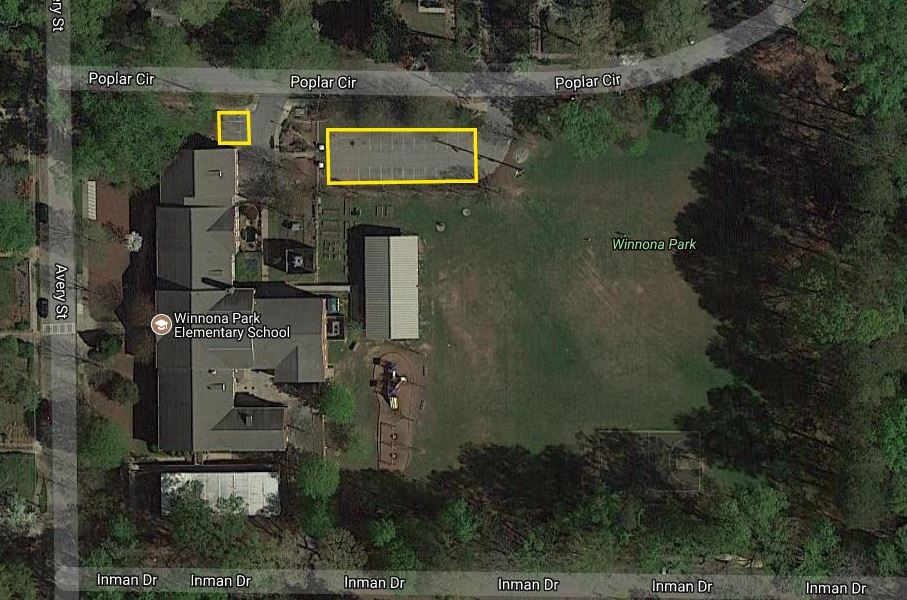 The Fourth-Fifth Academy at Fifth Avenue has even less space devoted to parking lots, and it has twice as many students than the new school is intended to have: 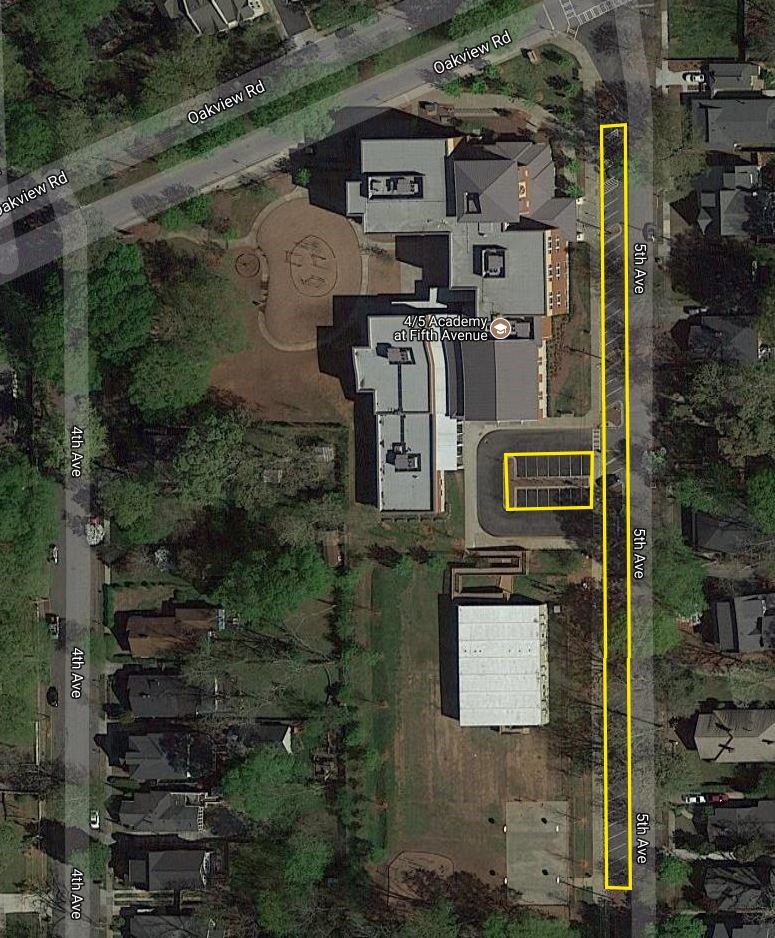 Even Renfroe Middle School has much less of a parking footprint than the new designs, again, to serve twice as many students: 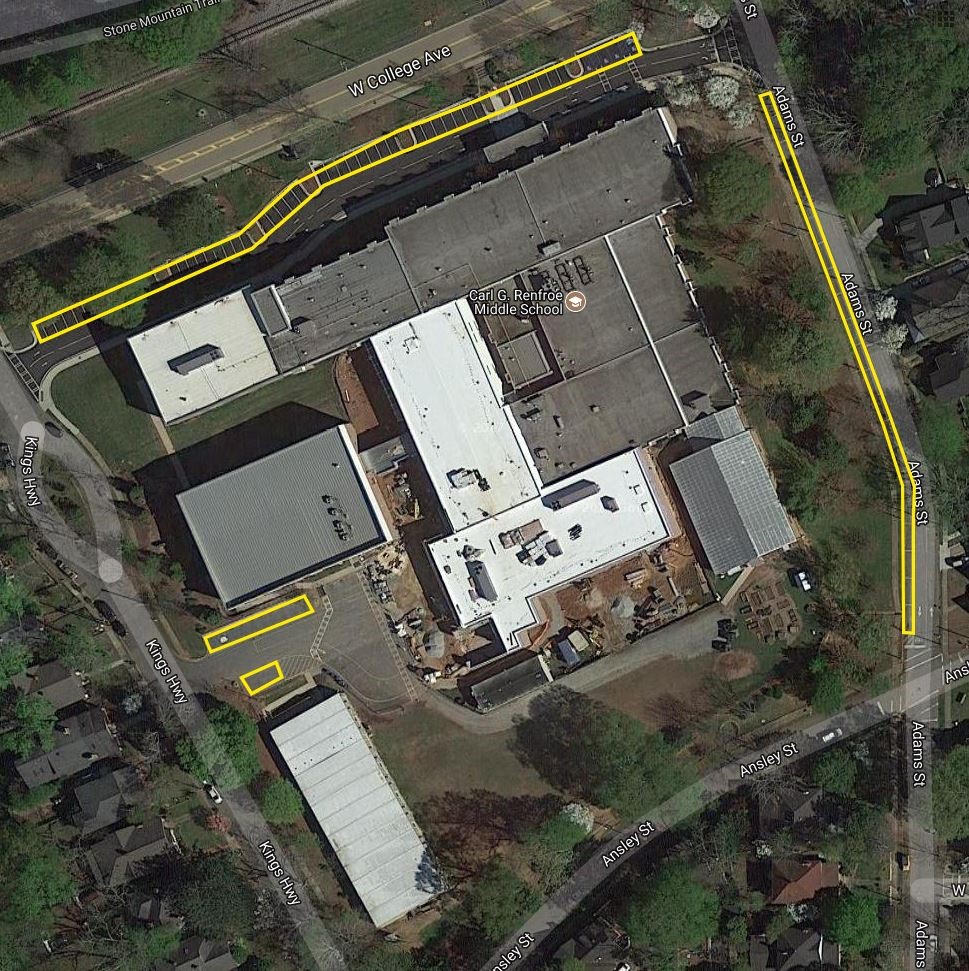 Part of the new design’s parking footprint is intended to store the district’s school buses, temporarily. But even so, the amount of space wasted on parking would be astounding. Around two acres would be devoted to vehicle storage. The majority of the time, this sizable parking lot would sit vacant and unused. Devoting one third of this land, prime real estate only a five minute walk away from the new Avondale MARTA Station mixed-use development, would create a mini greyfield – an underutilized asphalt parking lot. Given the value of land in Decatur, where quarter-acre residential lots sell for more than $250,000, this parking lot represents a poor use of public funds, an implementation of backwards planning principles, and a squandering of potential greenspace. It could potentially be one of the most expensive surface parking lots in the Atlanta region.

Isn’t there a better use for our public funds and our public lands? Wouldn’t it be better to devote more land and resources to playgrounds and school facilities than to storage for private automobiles?

We call upon the City Schools of Decatur to work in concert with the city government and develop plans for a school that would better suit Decatur’s culture of walkability, livability, and visionary urbanism. We acknowledge that many of Decatur’s teachers and staff do not live close to the schools. We understand that some will need to drive to their school and will need parking. However, we believe that because the City Schools of Decatur has chosen to purchase property that is located within a five minute walk from a Marta transit station and that is also within the East Decatur Station section, which is planned for walkable, dense mixed use development, the school system has a responsibly to develop this property to promote walking, biking, and transit use. Devoting one third of the property to a parking lot does not acknowledge or respect the Avondale Livable Centers Initiative (LCI) plan or the East Decatur Station Master Plan, nor does it acknowledge or respect the future school’s very close proximity to a transit station.

We understand that both the State of Georgia and the City of Decatur have certain parking requirements for public schools. However, creative solutions to reduce the amount of land devoted to surface parking can be devised and parking variances can be obtained.

Please decrease the amount of space devoted to storing cars and increase the space for kids to learn and play.