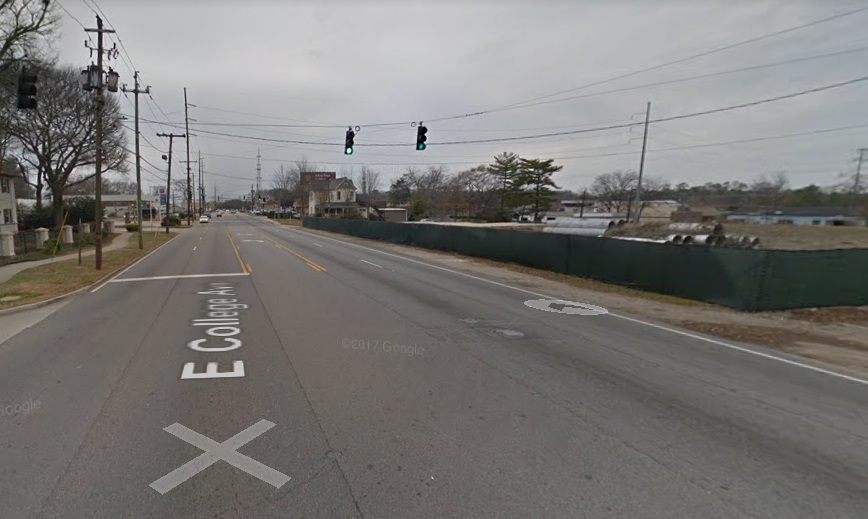 Let’s talk traffic lights. I realize they’re necessary, if somewhat annoying. But there’s two in the Decaturish area that are especially ill-timed and, if I might say so, a menace to society. Said lights are located at McDonough and College/Howard and Twin Oaks Drive and E. College. After a short google, I gave up and I decided to write in because I have no idea who these complaints would even go to. The lights at McDonough are in the city of Decatur, but Twin Oaks Drive and E. College is a no man’s land. It isn’t in Avondale Estates nor in Decatur; instead, it sits in unincorporated Dekalb, but I digress.

Let’s take a look at what makes these lights so horrendous. McDonough is the bane of my existence, and I think I can speak for most in Decatur with that statement. Once over the train tracks (if you can make it that far without a red light which you probably can’t), and on Howard, the light is often red (again). Traffic backs up onto the railroad tracks at worst and people wait for absolutely no reason at best. When there isn’t any traffic, people will actually run the light (because it’s pointless.

Now I know what you’re thinking, “Haven’t they been doing construction to fix this issue at that intersection?” and the answer that question is…. Kinda. They have been doing construction, lanes will be changed in order to make this particular intersection better BUT there has been no talk of changing the traffic light configuration. I’ve lived in this area for nearly four years now and I’ve never seen the light situation there get any better. Part of the issue right now (in my completely uneducated opinion) is that the light still runs on a timer that includes traffic coming from the part of Howard that is often (maybe always) closed to traffic. There is a whole cycle of light changes that takes that traffic into account slowing things down and backing things up and defeating the purpose of a traffic light.

Speaking of defeating the purpose, the light at Twin Oaks Drive and E. College? You might be wondering where this light is: it’s the one that allows traffic to exit Avondale Station apartments between the Waffle House Museum and the actual Waffle House in Avondale Estates. It’s usually triggered when a car, exiting the apartment complex, is turning left. When it’s triggered, the light takes forever to change. Again, just like the McDonough intersection, cars will often dangerously use it more as a stop sign, because of the length of time it takes for it to change. This is especially true at night when there isn’t any traffic to begin with. Additionally, when the light changes on E. College it often takes an eternity for the light to turn green for the Twin Oaks folks. Again, instead of waiting for what will obviously be a green light (eventually) cars will often go ahead and go, even though the light is still red.

The craziest thing is that these seem like relatively easy fixes. Perhaps the powers that be don’t know? Perhaps those who would complain don’t know who the powers that be are? Maybe everyone assumes those powers already know and are doing nothing? I don’t know but Lord help me I’ve run about a hundred red lights simply because of these intersections.