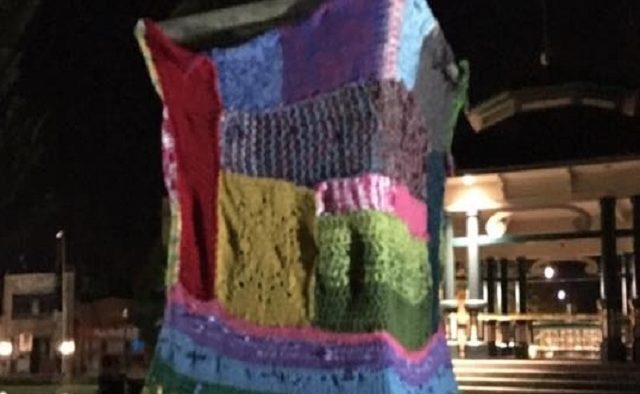 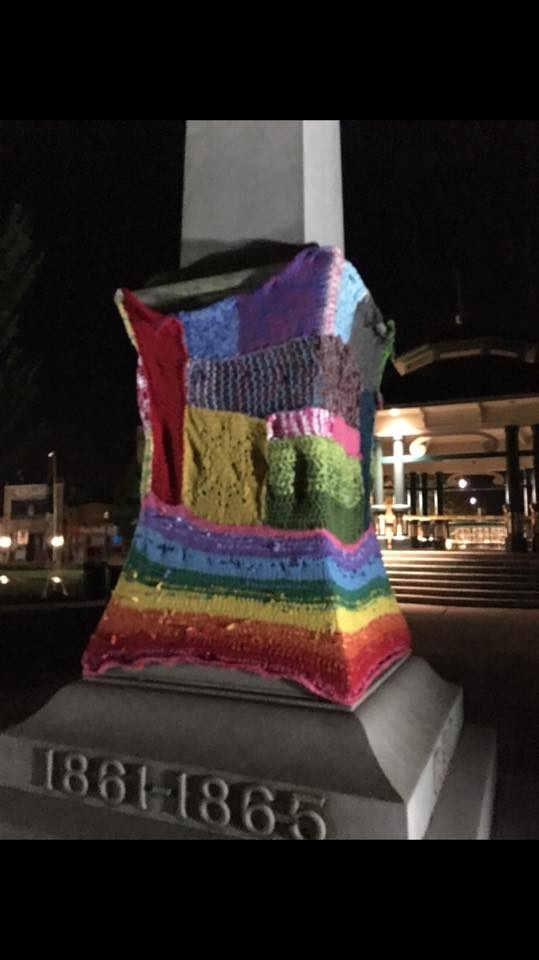 A Confederate monument in Decatur was covered with knitting – or Yarn Bombed – ahead of the Decatur Book festival.

The yarn has been removed.

The future of the monument has been hotly debated since a recent violent white supremacist rally in Charlottesville, Va that resulted in the deaths of three people. The monument is in the city of Decatur but is owned by the county. It was constructed in front of the old courthouse in 1908. Historians who have weighed in on the matter in letters to Decaturish agree that its context was more about the reinforcement of  black subjugation than about remembering veterans.

This isn’t the first time the monument has been targeted. A few weeks ago it was smeared with feces.

Hate Free Decatur, a group that is focused on removing the monument, said via email, “The action taken against this monument to white supremacy is the result of inaction on the part of DeKalb County and the City of Decatur. Hate Free Decatur did not coordinate or organize this action, but understands that when local governments refuse to take action on issues of importance to their constituents that civil disobedience is an understandable, and predictable, reaction. This action is another sign that the citizens of DeKalb County are saying there is no place for a monument to white supremacy in our community.”