Medlock Park neighbors help each other after Irma

Medlock Park neighbors help each other after Irma 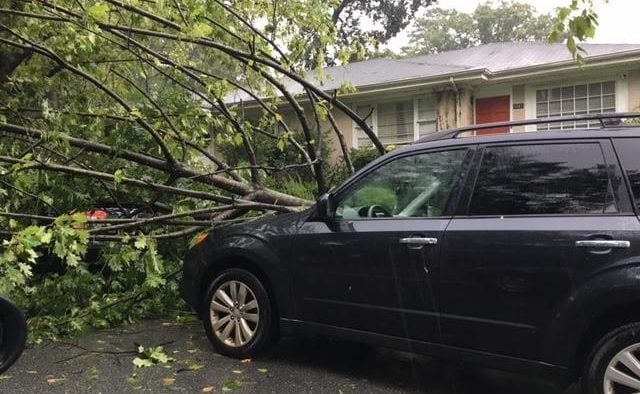 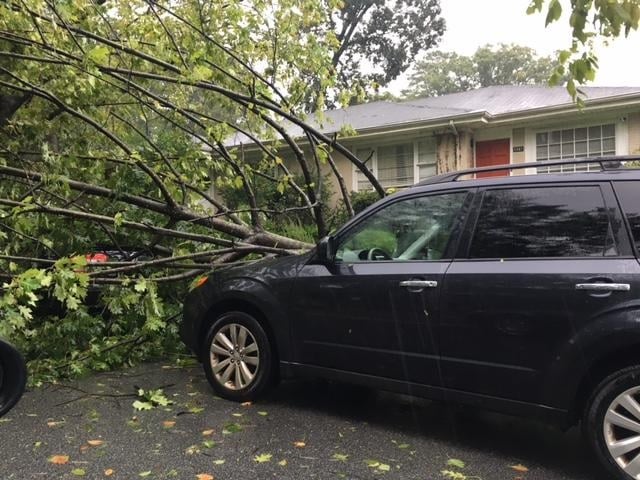 Tropical Storm Irma took trees down across metro Atlanta, including this one in Morningside. In some areas, including Decatur’s Medlock Park, residents were quick to lend their neighbors a helping hand.
SUSANNA CAPELOUTO / WABE

People across metro Atlanta worked to get back on their feet Tuesday after Tropical Storm Irma left many neighborhoods with downed trees and power lines.

But every storm has a silver lining. For Medlock Park resident Stephen Perras, that silver lining was seeing people come together in his Decatur neighborhood to help one another.

Perras is part of a Medlock Park neighborhood group nicknamed the “Medlock chainsaw gang” that began a couple years ago.

Their mission is simple: after a storm, help your neighbors if you’re able. That meant Perras and his neighbors were out putting tarps on people’s roofs yesterday to keep them dry. Today, they cleared downed trees from people’s driveways and knocked on doors to make sure their fellow Medlock Park residents were OK.

Gov. Nathan Deal warned Tuesday morning that the road to recovery could take a while, since Irma impacted the entire state.

On Tuesday afternoon, Perras and his neighbors knew those impacts firsthand, as many of them were still without power.

They were not the only ones. At the peak of the storm, more than 1 million people statewide were without power, according to Georgia Power.

A spokeswoman for the company, Adrienne Tickle, told Scott it could take a couple days or even up to a week for power to be completely restored to all customers.

“There are more than 10,000 individual incidents, so our crews have got to visit each of those locations to restore power for all of our customers, so that’s what takes so long,” Tickle said. “We have teams on the ground, they’re working around the clock.”

Despite efforts to be neighborly, Perras said the group in Medlock Park knows its limits.

“If there are power lines or something, we let the professionals handle that. We’re just here to help people stay dry and as safe as we can,” he said.

The city of Atlanta urges residents to exercise caution when cleaning up debris.

For your safety, be sure to avoid downed power lines and fallen trees. Crews are working quickly to clear the streets.

It’s especially important to the group to help those who may not otherwise be able to clean up storm damage, like the elderly or disabled members of their community, Perras said.

With the rise of social media, it has become easier for neighbors to ask for the help they need, he said, noting residents post in the neighborhood’s Facebook group. Soon after, Perras and others show up.

“We aren’t the only ones, there were a lot of people in the neighborhood that were out today,” he said. “A lot of neighbors were out helping neighbors.”

Perras is quick to praise his neighborhood as a “great place to live,” helping out after bad weather hits is just his way of keeping it that way.