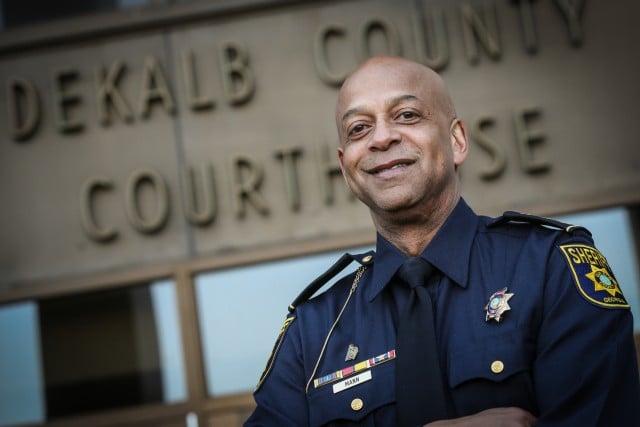 The Georgia Peace Officer Standards and Training Council has voted to revoke Sheriff Jeffrey Mann’s certification, meaning he will have to leave office unless the decision is overturned, according to the Atlanta Journal Constitution.

When contacted by Decaturish, POST Director of Operations Ryan Powell said the decision will not be made public for another 10 days due to the state’s open records law.

In a statement, the Sheriff’s Office said mann had not been informed of the decision.

“According to reports in the local news media, the Georgia POST Council today voted to revoke the law enforcement certification held by DeKalb County Sheriff Jeffrey L. Mann,” the Sheriff’s Office said. “Sheriff Mann was not informed that this matter would be considered by POST at today’s council meeting, and, as of this statement, Sheriff Mann has not been advised of this decision. Until official notification from Georgia POST is received, he will not have a response.”

According to the AJC, without the certification Mann will have to step down or be forced out.

The decision stem’s from Mann’s arrest for public indecency.

According to an Atlanta police report, Mann was arrested in May after an officer allegedly saw him masturbating and walking in the officer’s direction. The report alleges he ran from the Atlanta Police officer before being apprehended. In response to the incident, he suspended himself for one week with pay, May 27 through June 4, before Gov. Nathan Deal suspended him for 40 days starting June 13. He was paid during the suspension. Last month he pleaded guilty to obstruction and prohibited conduct. He had to pay a $2,000 fine and perform 80 hours of community service. The city banned him from its parks for six months,

Decaturish left a message with the Sheriff’s Office seeking comment.